"My job is to worry," chief says

More than a third of Springfield firefighters have been sidelined by coronavirus.

All station houses remain open, but the city has pulled two engines out of service from station houses on Koke Mill Road and Adlai Stevenson Drive. Engines, which pump water from other firehouses, will respond in the event of fires that would normally be handled by engines that have been pulled from service, Reyne said.

The chief said the department is counting on help from other fire departments and off-duty firefighters pulling extra shifts. He said he’s concerned about multiple emergencies at the same time, noting that the department recently responded to a fatal automobile accident at the intersection of MacArthur Boulevard and Lawrence Avenue while also handling a fire elsewhere.

“That is taxing to our resources,” the chief said. “My job is to worry.”

Reyne didn’t sound sick during a brief phone interview. He said that he’s short of breath, but otherwise feels well. That wasn’t the case until today, he said. “I was too sick to work,” he said. Reyne said he expects to return to his office on Monday.

Reyne said that 10 firefighters in recent days have returned to work after testing positive for coronavirus. He said that the virus has spread from firefighters pulling shifts in one facility, then moving to another. “We had a guy test positive today, he worked at one station, then worked a shift on the other side of town,” Reyne said. “That’s what’s killing us.”

The chief said the department has had trouble getting tests and prompt results.

“I’m going to keep beating the drum, because this is very frustrating to me: We need to have testing for first responders, not just firefighters, but nurses, doctors, paramedics,” Reyne said. “It just doesn’t make sense to me that we can’t get to the front of the line.”

The chief said the department has been relying on Walgreens for tests.

“We’ve had great cooperation with Walgreens, and they’re cooperating with us now,” Reyne said. “In the very beginning, I was always led to believe that there would be a way where I could call up and say ‘I need 10 firefighters tested,’ and it would happen. But it doesn’t. Walgreens is inundated. They’ve got a line around the block half of the time.”

Sangamon County Sheriff Jack Campbell said his agency, also, relies on Walgreens for testing. So far, he said, there haven’t been issues. He estimated that seven sworn deputies have tested positive in addition to about 18 corrections officers and a dozen inmates since the pandemic began last spring.

Reyne to give up reins

To teach or not to teach? 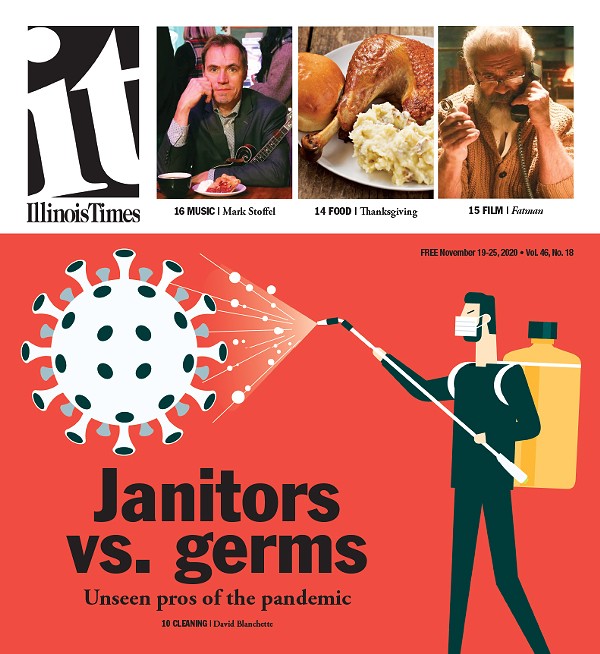