Carlos Andrés Gómez performs Oct. 13 at Lincoln Land.
Local youths may be familiar with the confrontation and spectacle of mainstream hip hop, where the words flow effortlessly with messages of violence, money and sex. Less familiar is a close cousin, slam poetry, which also has smooth lyrical moves, but uses them to deliver appeals to social justice, racial understanding and cultural identity.

There is a new effort underway at Lincoln Land Community College to bring the latter to the forefront, says Blanca Bernasek, director of the Multicultural Awareness Center. Disenfranchised youth in particular have taken to the slam poetry medium to voice opinions and feelings about their experiences, and Bernasek hopes that local youths will take up poetry as a way of expressing themselves in a constructive way.

“At this point, what we’re trying to do is encourage students to get involved,” Bernasek says. “We thought by introducing artists once a month, it would get our students in the community more familiar with it.”

Tuesday, Oct. 13, Carlos Andrés Gómez will be the next performer to take his message to LLCC, performing for the public at 11 a.m. in the student union.

Gómez has a long resume, with experience in acting, slam poetry, teaching writing workshops and even social work. He is most widely known for his appearance in “Def Poetry Jam,” like Gabriel, but he’s also taught a creative writing workshop in New York’s Bellevue Hospital, and played alongside Denzel Washington in the Spike Lee movie Inside Man.

For Gómez, art is about getting people to connect to each other, by reaching out to find commonalities while breaking down racial barriers.

His LLCC appearance is one stop on his latest college tour, “Majority of One,” a motivational presentation meant to embrace the power of the individual. In it, Gómez alternates between his poetry, anecdotes, rants and “tightrope walking each other’s heartstrings.” Presentations in the newest tour are followed by opportunities for photos and autographs.

“The single most revolutionary thing you can do is recognize that you are enough,” he says. “I want people to recognize how beautiful they are, how powerful they are, and go out into this world with abandon, smiling.”

The “Majority of One” tour is a followup to a 2008 tour that brought Gómez to 26 colleges and universities. More recently, Gómez rounded out a 13-country world tour in the spring of 2009, culminating in his representing the US at the Poetry Africa International Festival in Durban, South Africa.

Two more slam poets will be heard before the end of the semester — one in November and one in December. The goal for Bernasek at the Multicultural Awareness Center is to find young minds interested in poetry, theater and music, and bring them together in a slam-poetry coalition. While the date is to be determined, Bernasek plans to have LLCC’s first annual slam poetry competition in the spring.

No supernova, but the star party goes on

The summer of rock 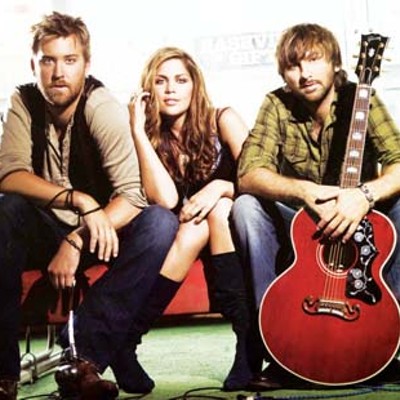