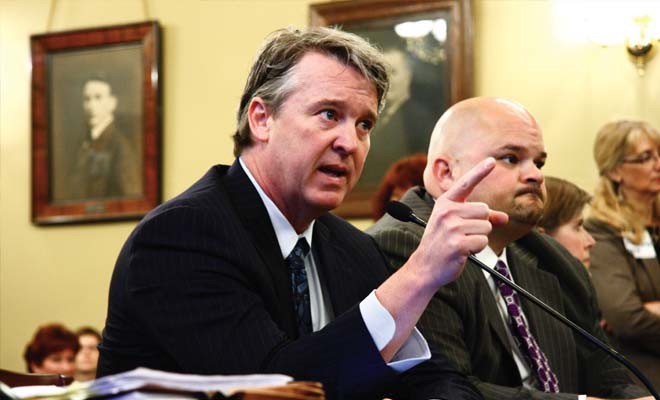 Illinois is preparing to allow the use of a controversial method of extracting oil and natural gas, but environmentalists are hoping to delay the official go-ahead from state regulators while pushing for more and stronger protections.

The extraction method, known as hydraulic fracturing or simply “fracking,” has been used for decades, but has been updated to inject far more water, sand and chemicals deeper underground than before. The water pressure cracks underground shale rock formations, the sand holds the cracks open, and the chemicals lubricate the process to extract trapped pockets of oil and gas.

Environmentalists worry the practice, which is already used in some other states, will poison bodies of water and lead to toxic waste sites dotting the southern part of the state, where the majority of fracking in Illinois will likely occur.

The Illinois Department of Natural Resources last week announced a set of proposed fracking regulations as required by a state law passed in June. DNR is holding a series of public hearings through Dec. 19 to collect public comments on the proposal, and several environmental groups are preparing to flood the hearings with enough comments to significantly slow the process down.

McMichael points to a section of the proposed rules regarding earthquakes caused by fracking, or what’s known as “induced seismicity.” SAFE interprets the rules to say that well operators can continue fracking even after a magnitude 4.9 earthquake. A DNR spokesman could not be reached for comment. An earthquake of that magnitude can cause moderate damage to buildings, according to the U.S. Geological Survey.

Concerns about fracking-related earthquakes are spurred in part by an increase in earthquakes – including one of magnitude 4.4 – in Oklahoma following the introduction of fracking there. The USGS is conducting tests to determine whether the earthquakes were actually caused by fracking.

Earthquakes caused by human activity are actually common. Coal mining activities regularly create minor tremors too small to assign a magnitude, but if fracking is shown to cause earthquakes of the magnitude experienced in Oklahoma, it would represent a significantly stronger source of man-made earthquakes.

Opponents of fracking have many other concerns, like what to do with the millions of gallons of contaminated water used to fracture each well, how to protect drinking water supplies, and whether the demand for the silica sand used to hold open rock fractures will drive companies to dig up large portions of land near Starved Rock State Park.

The law does contain several protections already, including disclosure of chemicals used, specifications for equipment, requirements for public notice, and a prohibition on dumping wastewater into a body of water or drainage way. However, McMichael and others want to see air quality controls, more thorough water testing, a total prohibition on wastewater in open pits and other protections added to the proposed rules.

Dr. Winston Porter, former assistant administrator for solid waste and emergency response at the U.S. Environmental Protection Agency under former President Ronald Reagan, visited Springfield last week to speak to the Springfield Rotary Club about the future of energy. Porter believes fracking is generally safe, as long as the rules are followed.

“It is something where you need good regulation, and you need to be very careful,” Porter said.

A chemical engineer by trade, Porter says many of the chemicals used in fracking are similar to those commonly used around the house. He says oil wells are typically fractured thousands of feet below ground, while water aquifers are comparatively shallower at only a few hundred feet below ground.

Still, reports of ruined water wells in other states where fracking already occurs have opponents clamoring for more scientific study on that and other issues before Illinois officially allows fracking.

A group of citizens in Johnson County, one of the places in southern Illinois expected to become a hotbed for fracking, are collecting signatures to place a nonbinding referendum on their local ballot instructing the Johnson County Board to ban fracking within the county. Several other southern Illinois counties have already passed resolutions banning fracking.

After the public comment period, DNR must submit the proposed rules to the Joint Committee on Administrative Rules, a legislative body that approves regulations. For more information on the proposed rules, visit http://www.dnr.illinois.gov/oilandgas/pages/hydraulicfracturing.aspx.