Misty Buscher to run for mayor 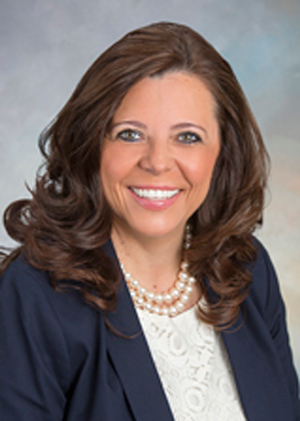 Buscher, 51, who is completing her second term as elected treasurer for city government, made her mayoral campaign public Friday night in front of her supporters at Boondocks Pub.

“My leadership skills, I think, are needed and can be used in a different manner,” she said in a phone interview with Illinois Times.

The job of mayor in Springfield, as well as the city treasurer’s job, are officially nonpartisan, though Langfelder, 62, is a Democrat. Buscher said she has volunteered for, and voted for, Republican and Democratic candidates.

“I’m financially and economically a Republican, but socially, I’m more of a Democrat, so it’s a mix,” Buscher said. “I intend on having a nonpartisan cabinet of people working for the city if I were the mayor.”

Filing for Springfield's nonpartisan municipal offices will take place at City Clerk Frank Lesko's office from Nov. 21-28. If there are more than four candidates for a single office, a primary will be held Feb. 28 in advance of the April 4 consolidated general election.

When asked why voters should choose her over Langfelder, Buscher said, “There are issues and things I would do differently, which is part of why I think my leadership skills would be beneficial.”

Buscher said she will talk more about her views and proposals as the campaign goes on. But she told IT she would be “a different type of mayor than what we have had over the past eight years.”

As city treasurer, a full-time job that pays $89,700 per year, Buscher receives money on behalf of the city and invests it, pays bills and reports fund balances to the Springfield City Council.

As mayor, a full-time job that pays $130,800 per year, Langfelder oversees the municipal government for a city of 114,400 people. The city’s annual budget totals $182 million for the corporate fund and more than $600 million for all funds, including those associated with the city-owned utility, City Water, Light & Power.

Buscher is the first announced challenger to Langfelder, who announced his intent to seek a third term in early March.

Langfelder’s father, Ossie Langfelder, served two terms as mayor before finishing fourth in the 1995 primary in a race that eventually would be won by Karen Hasara.

Ossie Langfelder died in October 2015 after his son won a first term in April of that year and was sworn in the next month.

Langfelder won his second term in 2019, defeating Frank Edwards, a former Springfield fire chief, Ward 1 alderman and interim mayor after the 2010 death of Tim Davlin. Edwards and his wife, County Coroner Cinda Edwards, died in a plane crash in 2020.

Buscher, a 1988 Rochester High School graduate who was born and spent part of her childhood in the Greene County community of Carrollton, said she moved with her family to Springfield when she was in the seventh grade.

She lives on Springfield’s north end with her husband, Michael Buscher, a broker with The Real Estate Group in Springfield. They have two grown children and two grandchildren.

Buscher said she attended Lincoln Land Community College and worked for Springfield banks before she became city treasurer. She said she started as a bank teller for the former Magna Bank in 1988 and eventually became a Marine Bank vice president.

As city treasurer, a position she has held since 2015, she said she is proud of stretching tax dollars farther by maximizing the city’s investment income and minimizing bank fees “because of attention to detail.”

“I increased revenues for the taxpayers and decreased expenses, which is important,” Buscher said.

She made headlines in 2018 when she filed two Freedom of Information Act requests with the city and hired a local attorney to obtain information about negotiations between the city and a parking meter company.

The SJ-R reported that Buscher said a “lack of transparency surrounding the parking meter process prompted her to file a FOIA request and then another one after she believed she didn’t get all of the emails she requested.”

Buscher ended up getting the information she requested, but the city hasn’t converted to smart meters. City officials have allowed parking meters to remain inactive during the COVID-19 pandemic.

She generated controversy after the Sangamon County Democratic Party endorsed her in her initial successful bid for city treasurer in 2015 race. She later said she voted for Republican Donald Trump in the 2016 presidential election.

The SJ-R reported in 2016 that Buscher, who attended a rally Trump held in Springfield in November 2015, said she thought Trump would bring a "refreshing change," and that his candidacy helped move her from being an independent to a Republican.

State Sen. Doris Turner, then the Ward 3 alderwoman on the City Council, headed the county Democratic Party at that time and called Buscher a political opportunist "and going whichever way the wind blows." Buscher denied the allegation.