Houston wants 25 percent to be minorities 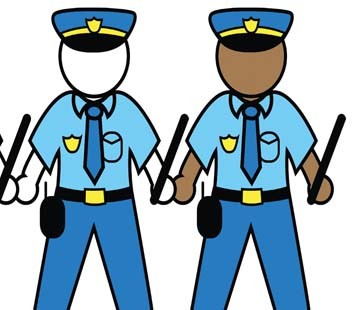 The Springfield Police Department hopes to hire new patrol officers in the coming months, with minorities to comprise a quarter of the new hires.

On Aug. 4, Mayor Michael Houston announced the city would begin in September the recruitment process for new police hires for the first time in two years. Houston also took a step toward fulfilling a campaign promise of increasing minority recruitment for city jobs, saying 25 percent of new police recruits would be minorities.

“My goal is to have both a police and fire department that is reflective of the community,” Houston said. “In my mind, the way you’re going to make that happen is 25 percent of our hires should be minorities until we have a representation that reflects the community.”

During his campaign for mayor, Houston said he would work to heal racial divisions in Springfield, with a focus on increasing minority representation in city government by ensuring minorities comprise 25 percent of new hires. At the end of two years, Houston said, the policy would be evaluated and changed if necessary.

Houston had also called for police and fire applicants to be graded as “pass/fail” rather than being ranked into “bands.” That idea has not been implemented.

The city currently has 242 officers, according to Springfield police chief Robert Williams. Houston says the officers to be hired would likely replace officers who retired recently or who will retire soon.

Williams said it’s unclear how many officers will be hired because retirements are hard to predict.

“It’s always, for lack of a better word, a moving target,” Williams said.

Data filed by the City of Springfield with the federal Equal Employment Opportunity Commission show that as of June 30, 2009, the police force had 325 employees, of which about 226 are classified as “protective service workers” or officers. Of the 226 officers, 210 were white, 13 were black, two were Hispanic, and one was Asian. Thirty-three officers were female. Data for 2010 is not yet available because it is only collected in odd-numbered years.

The first phase of recruitment is a 90-minute written test, for which study guides are available on the city’s website. Applicants who pass the written test will continue to an oral interview, physical exam, ranking interview, background investigation, psychological screening and a medical exam that includes a drug test.

The city’s hiring system ranks applicants into “bands,” similar to letter grades in schools. Applicants’ scores from the written exam and oral interview are both divided by the total number of possible points on a standardized scale, then weighted in favor of the oral exam and added together.

While applicants living outside Springfield can apply, Springfield residents will get an additional three points in the city’s ranking system. Veterans will receive five additional points. These points are added to an applicant’s score after weighting.

Applicants must be between the ages of 21 and 34 at the time of the written exam, be a U.S. citizen, have a high school diploma or GED, and no felony convictions or certain misdemeanor convictions. A variety of past criminal offenses can disqualify an applicant, including convictions for aggravated assault, theft, prostitution, dealing drugs or any other felony.

Applications are due Sept. 8, with testing to begin Sept. 17. For more information or to obtain an application packet, visit the Office of Human Resources in Municipal Center West, or visit the city website at www.springfield.il.us.