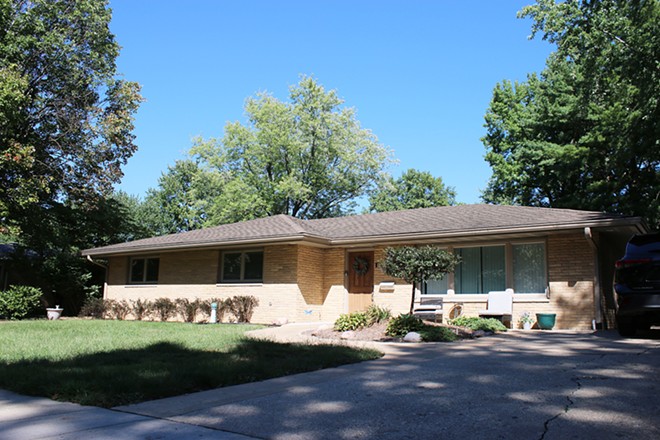 A federal jury fined the city of Springfield $293,000 for discriminating against people with disabilities. The city attempted to prevent three men with developmental disabilities from living in this single-family home on Noble Avenue.

Charlene Bennett wonders why Springfield officials fought so hard – at public meetings and in court – to prevent three men with developmental disabilities from renting a home in a quiet, residential neighborhood.

"It's beyond me to understand why people's hearts were so cold," Bennett told Illinois Times after a federal jury on July 26 awarded IAG, its clients and clients' families $293,000 in damages against city government for illegally discriminating against people with disabilities.

Compensatory damages of $162,000 were awarded to residents of a group home on South Noble Avenue and their guardians, and IAG was awarded $131,000 in damages.

The city hasn't decided whether to appeal the verdict in the case, which stemmed from action taken in 2016 by the Springfield Planning and Zoning Commission and Springfield City Council that determined the home's operation violated the city's zoning ordinance and should be shut down.

U.S. District Court Judge Richard Mills, in a summary judgment ruling March 2, 2020, in favor of IAG, its clients and the U.S. Department of Justice, determined the city was liable for violating the federal Fair Housing Act. A two-day trial in July decided on any damages to be paid by the city. The trial was delayed in part due to COVID.

"We will continue to vigorously enforce the FHA to ensure that people with disabilities can live in the communities and housing of their choice, free from discrimination," she said.

Federal prosecutors also are seeking a civil penalty and an injunction requiring the city to take corrective and preventive actions. Those issues remain pending.

Bennett and Mary McGlauchlen, executive director of Lincoln-based Central Illinois Service Access, which advocates for people with disabilities, said the case could have an impact nationwide to discourage discrimination in housing.

The three Springfield men, one of whom has since died, had been renting the home on Noble Avenue and receiving 24-hour services there from IAG since 2014 in an arrangement approved by the state and funded by Medicaid. The home allowed the men to avoid institutions where they were bullied and their needs weren't met, Bennett said.

The city began a zoning enforcement action against IAG in 2016, saying the home violated a 600-foot spacing rule in a zoning ordinance because it was on the same block as another group home, or Community Integrated Living Arrangement, operated by Sparc, and hadn't received a "conditional permitted use permit" from the city as required by the ordinance.

IAG contended it didn't know there was another group home nearby and that they deserved a waiver from the zoning requirement.

The zoning commission received a recommendation from its staff to deny the CPU permit because IAG failed to show how the home would "minimize the adverse effects on the character of the surrounding area." The commission voted 4-3 in November 2016 to recommend the City Council deny a CPU, and the City Council voted 8-2 the next month to deny the CPU.

In Mills' ruling, he said Zoning Commission and City Council members, as well as Mayor Jim Langfelder, indicated they were concerned that granting the CPU would set a precedent and would be unfair after the council in August 2016 denied a similar request from a group home in the 100 block of Pinehurst Drive. The Pinehurst home then had to close.

IAG filed suit against the city in December 2016, and the Justice Department joined in November 2017.

Mills wrote in his ruling that city officials' concerns about setting a precedent allowed discriminatory behavior by the city to continue.

The judge said the ranch-style, three-bedroom home on Noble Avenue doesn't look different from other houses on the block, and had created no traffic or parking issues for the city.

"It also has not been the subject of any police or emergency calls other than a domestic disturbance call in 2014 that was unrelated to and did not involve the residents," Mills wrote.

The city's lawyer, Jim Zerkle, said in a statement to IT that the city zoning ordinance in question was adopted in 1990 at the request of the state and used an invalid definition of a family. The court, Zerkle said, ruled that the home was exempt from the zoning regulation and should be treated as a family.

Mills said Springfield permits five unrelated people without disabilities to reside together as a "family" anywhere in a single-family residential zoning district "as a matter of right."

The 600-foot spacing requirement involving group homes for people with disabilities, which doesn't apply to comparable housing for non-disabled people, "plainly imposes discriminatory 'terms' and 'conditions' on housing on the basis of disability" and in violation of the law, Mills said.

The city admitted in the case that the 1990 ordinance was discriminatory toward the Noble Avenue home residents, but the city denied "any specific intent to discriminate" or violate federal laws when the ordinance was adopted. But Mills said the city's claim that it "lacked any discriminatory motive does not absolve the city of liability."

Lawyer Sarah Jane Hunt of St. Louis-based Kennedy Hunt P.C., who represented IAG and its clients, said: "This has been a long road to justice. My clients fought for six years to get this case to trial despite the city's numerous delay tactics and attempts to stonewall."

Mary Valencia, sister of Alan Dennis, a former resident of the Noble Avenue home who died in September 2017 of natural causes at age 62, said she was "beyond ecstatic" after the verdict.

"I feel like I can finally lay Alan to rest," she said. "This case is now part of his wonderful legacy, and I am very proud of the result."

Valencia, a former Springfield resident who now lives in Missouri, said her brother resided at Murray Developmental Center in Centralia before moving to the Noble Avenue home. The landlords, Christine and Robyn Hovey, modified the home to make it handicapped-accessible.

Valencia said her brother's independence improved while at the home. He was spoon-fed at Murray but learned to feed himself at the home, she said.


The IAG clients were able to continue living in the home while the case proceeded in court because of a preliminary injunction awarded by the District Court and affirmed by the 7th Circuit U.S. Court of Appeals in Chicago.

Bennett said IAG, its clients and their families faced emotional trauma because of the case and the uncertainty surrounding the home’s continued operation. She added that three men continue to live there, including one who replaced Dennis after his death.

“These are three innocent men who are lovely human beings that wanted to live a life,” Bennett said. “They just happened to have a disability. There was nothing they did wrong. … It’s just sad, in this day and age, that this kind of behavior, and in my view, unnecessary hardships, occurred.”