Christmas in the White House in the 1860s was a far cry from the ornate displays of decor familiar to Americans today. During the Lincoln administration, the holiday was celebrated in low-key fashion.

Celebrations of Christmas in those years were far less prevalent than today, and the White House was no exception. The first indoor Christmas tree at the White House did not appear until 1889, and the first outdoor tree lighting was not held until 1923. For President Lincoln, December 25 was often a working day.

Those who did celebrate Christmas in the era often viewed the day as a social occasion. As president-elect in 1860, Lincoln was consumed with a steady stream of visitors at his Springfield home. Reporter Henry Villard, one of many seeking Lincoln's attention, wrote that "a party of St. Louis gentlemen all but monopolized the attention of the president-elect."

Still, Lincoln found the time for a little shopping. On Christmas Eve 1860, he purchased some "yard goods," or fabric, for his wife, as well as 11 handkerchiefs for gifts.

In Lincoln's first White House Christmas in 1861, much of Dec. 25 was spent in dealing with the Trent affair, a diplomatic crisis with England and France. The evening, however, was spent in celebration, as the Lincolns welcomed many family and friends from Illinois and Kentucky at a Christmas dinner.

"Christmas for the presidents of the mid-19th century was generally a quiet time," said Dr. William Bushong, historian of the White House Historical Association in Washington, D.C. "For most First Families, it was a quiet, family occasion."

The Civil War and the plight of soldiers weighed heavily on Lincoln's mind. On Christmas afternoon in 1862, President and Mrs. Lincoln visited "many hospitals" to meet sick and wounded soldiers. The next year, 10-year-old Tad Lincoln, the president's youngest son, sent many soldiers gifts of books and clothing with the simple identifier, "From Tad Lincoln."

Lincoln spent part of that same Christmas Day discussing the constitutionality of the draft with one of his personal secretaries, John Hay. The president also looked ahead, discussing preliminary plans for amnesty and reconstruction for those in rebellion.

By comparison, Bushong said that Christmas decorations in the White House were rather simple, usually consisting of greenery, bows, holly and wreaths.

The last Christmas Eve of Lincoln's life, in 1864, brought much-needed good news. Fresh off his successful March to the Sea, William T. Sherman famously telegraphed Lincoln, "I beg to present to you as a Christmas gift the city of Savannah, with one hundred fifty heavy guns and plenty of ammunition, also about 25,000 bales of cotton."

Two days later, Lincoln hosted a Christmas reception at the White House and also took time to write Sherman, expressing "many, many thanks for your Christmas gift – the capture of Savannah." The president complimented Sherman for his success, writing "the honor is all yours."

However, the pragmatic Lincoln quickly put holiday cheer aside. "But what next?" inquired the president as to Sherman's plans, adding, "I suppose it will be safer if I leave Gen. Grant and yourself to decide."

Lincoln and other Americans took comfort in the drawings of artist Thomas Nast, who is credited as the first to depict Santa Claus as we know him today. Nast, who also drew the symbols of the present-day Democratic and Republican parties, offered a sketch of Santa in the Jan. 3, 1863, issue of Harper's Weekly that showed him in patriotic garb, distributing gifts to Union soldiers.

An obvious piece of propaganda, Nast's original Santa is shown holding a marionette of Confederate President Jefferson Davis, with a rope tied around its neck as to mimic a lynching. Some have asserted that Lincoln requested, or even commissioned, this original Santa sketch, though many scholars dispute that claim.

Nast drew Santa in other military and political surroundings in subsequent years, some of the many pro-Union sketches he produced. Lincoln clearly saw the value of Nast's talents both at Christmas and year-round, reportedly declaring him "our best recruiting sergeant."

Tom Emery is a freelance writer and researcher from Carlinville. He may be reached at 217-710-8392 or ilcivilwar@yahoo.com. 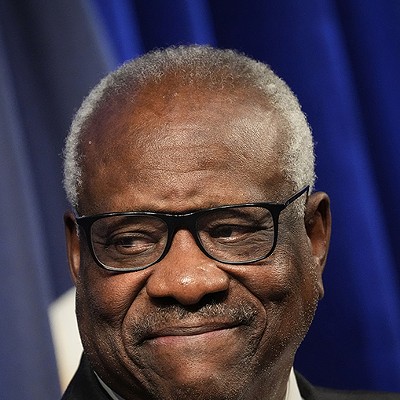