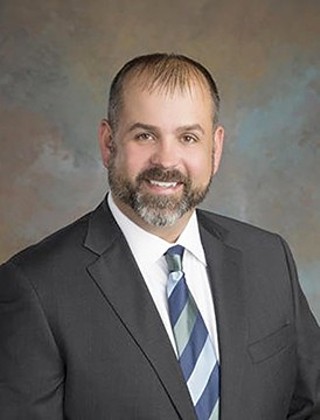 After pleading guilty in August 2020, Schaller reversed course, asking to withdraw his guilty plea, shortly after his bond was revoked in the spring of 2021 and he was jailed following a string of positive tests for cocaine. He had also failed to file reports verifying his income, as required in conditions of release.

Besides acknowledging guilt on fraud charges during two meetings with prosecutors, Schaller, after pleading guilty, also offered to help investigate drug cases by helping capture conversations with other people, prosecutors told Myerscough during a January hearing. Schaller, prosecutors argued, wanted credit for cooperating with law enforcement by pleading guilty but changed his mind once incarcerated.

Monroe McWard, Schaller’s lawyer, told the judge during the hearing that he was obligated to file the motion to withdraw on behalf of his client but that he hadn’t researched Schaller’s claim: An FBI agent, once Schaller landed in trouble, improperly acquired certain of the accused’s business interests and sold them to benefit himself and others; subpoenas should have been issued.

“Your honor, I have an objection,” the defendant responded.

After telling Schaller that he was represented by a lawyer tasked with making objections, Myerscough again adjourned court. On June 9, the judge sentenced him to 30 months, but Schaller hasn’t given up, having filed on June 22 an appeal of his conviction with the U.S. Seventh Circuit Court of Appeals.

Schaller was once something of a Springfield fixture, with regular appearances on radio and front-page ads in the State Journal-Register touting his mortgage acumen. He boasted that he’d provide housing for homeless vets — it would be just like reality TV, with stunned hard-luck cases handed keys to homes — but didn’t come through.

In pleading guilty to six counts of wire fraud, Schaller acknowledged fabricating paperwork, including phony W2s and fake canceled checks, to land mortgages for people who didn’t qualify. Prosecutors say that he also doctored paperwork to lower the income of a woman who obtained an Illinois Housing Development Authority grant for a down payment. Depending on the client, he made child-support payments either appear or vanish in paperwork filed to obtain mortgages.

Federal prosecutors filed charges after the Illinois Department of Financial and Professional Regulation revoked Schaller’s mortgage loan origination license in 2018, finding that he’d engaged in misconduct ranging from getting a mortgage for a man who made $9 an hour to convincing people they were signing mortgage paperwork when, in fact, they were signing homes over to him in contract-for-deed papers.

In addition to revoking Schaller’s license, IDFPR issued a $128,000 fine. Diamond Residential Mortgage Corp., which by then had terminated Schaller as manager of its Springfield branch, agreed in 2018 to establish a $1.27 million fund to make victims whole, with IDFPR finding that the Lake Forest-based company had been negligent in supervising the Springfield branch.

According to state investigators, Schaller used phony paperwork to obtain at least three loans through the Veterans Administration. After 30 months behind bars, Schaller, 48, faces three years of probation under Myerscough’s sentence, which also includes a $61,000 restitution order, with nearly $33,000 payable to the Veterans Administration and the balance to Diamond Residential Mortgage Corp. He faced as many as 20 years in jail and a maximum $250,000 fine.

“The significant prison sentence imposed by Judge Myerscough shows that white-collar defendants who harm customers and steal from their employers and entities like the Veterans Administration will pay a stiff penalty for their actions,” supervisory assistant U.S. attorney Doug Quivey said in a written statement.

Bruce Rushton is a freelance writer. He can be reached at BruceRushton@hotmail.com.