On a typical day, Ankoor wakes up early to get her girls ready for school before heading to her first job cleaning houses. She finishes that job just in time to pick her daughters up from school and take them to day care before going to her second job at a restaurant. Ankoor finishes her second job late in the evening, picks her daughters up again, and heads home to sleep, ready to repeat the cycle day in and day out. They live in a one-bedroom duplex with no cable or Internet access.

“Everything I earn goes toward taking care of my children,” Ankoor said. “I have goals; I stay motivated all day. My goal is to finish my schooling so I can earn a good salary and not do these jobs that no one else wants to do.”

Ankoor is one of thousands of parents across Illinois who rely on the Child Care Assistance Program, a state-run program that provides a day care subsidy for families below a certain income level. Changes to the program took effect on July 1, and while Ankoor is grandfathered in, the changes threaten to leave thousands more parents without child care.

Gov. Bruce Rauner announced the changes on June 2, characterizing them as necessary to trim state spending. The governor increased co-pays for parents in the program and instituted a freeze on new applications – with four exceptions. New applicants will now be approved for the program only if they are in the federal Temporary Assistance for Needy Families program, have one or more children with special needs, are teen parents enrolled full time in school or a GED program, or earn up to 50 percent of the federal poverty level.

Previously, new applicants could earn as much as 185 percent of the federal poverty level, which is a sliding scale based on family size and income. Families already in the program will continue to be eligible up to 185 percent instead of the 50 percent limit imposed on new applicants.

In his June 2 announcement, Rauner characterized the changes as part of the state’s budget-making process, but child care advocates worry that the changes won’t automatically reverse once the state budget is finally approved.

Kaitlin DeCero, a spokeswoman for Service Employees International Union (SEIU) Healthcare Illinois, says the changes appear to be aimed at killing the program altogether as children already in the program reach the maximum age of 13 and new children are excluded from joining. With such strict rules for new applicants, DeCero says, the program is effectively closed to 90 percent of families who would otherwise be eligible, allowing the program to die by atrophy.

Veronica Vera, spokeswoman for the Illinois Department of Human Services, said that her agency can’t comment on whether the changes will be permanent until a balanced budget is in place. IDHS administers the Child Care Assistance Program.

Because Ankoor is already in the program, she can continue to earn 185 percent of the federal poverty level and still be eligible. Parents who aren’t part of the program won’t be so lucky.

Katelyn Wilburn of Virden is a new mother with a three-month-old son. She works full time and currently relies on her family to watch her baby. However, her family won’t be able to help forever, so Wilburn is applying for the Child Care Assistance Program. She expects to be denied because her income is too high under the tightened eligibility rules. For a family of two, the federal poverty level is $15,930, which means Wilburn can only earn $7,965 – 50 percent of the poverty level – before her income is too high to qualify for the program.

Without the assistance, Wilburn says she doesn’t know what will happen to her and her new son.

“I still have to go to work and make a living,” she said. “I have to have child care in order to work. Otherwise, I don’t know how I’m going to make it.”

Ankoor says losing her child care subsidy would force her to quit working in order to watch her children herself.

“I think some people see this as a welfare program, but it’s not; this program keeps people out of the welfare system,” she said. “If I were to lose this assistance, I would go from working and being a taxpayer to being on welfare. I get that Illinois is broke, but I know I didn’t do that. The parents in this program didn’t do that. We don’t have a choice.” 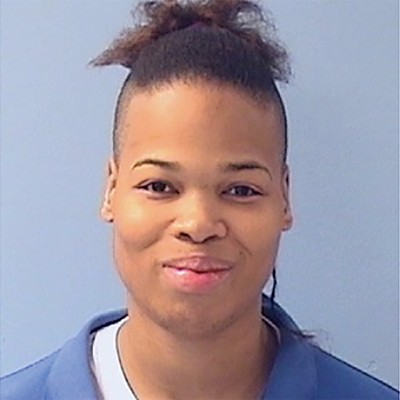