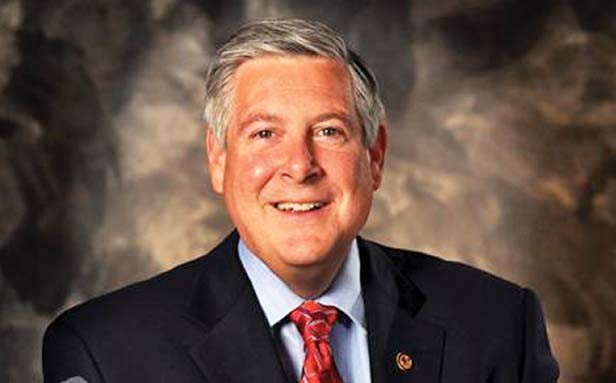 When I want to learn what a politician thinks, I read what she writes. When I need only to learn what a politician says he thinks, I listen to him speak. Here’s why. Republican governor wanna-be Kirk Dillard ventured an opinion to a radio reporter last week about what kind of people ought to inhabit the Executive Mansion in Springfield. “I really believe that for our state’s image and just the way that a governor thinks, you need a first family, in a traditional sense, back in the governor’s residence,” he told Chicago’s WLS.

I really believe that for our state’s image you need a person who can speak English, in a traditional sense, back in the governor’s residence. Dillard made his remarks several days ago, and I have been busy ever since trying to figure out what he meant.

Several commentators were certain they had it figured out. “Traditional family” is Republican code for the one-man-one-woman-one-pair-of-pants “normal” family that they believe populates the real America. Dillard’s choice of the term therefore was taken as a cowardly slur on two of his likely opponents for governor in 2014 – the incumbent Mr. Quinn, who tried to make a marriage and failed, and GOP state treasurer Dan Rutherford, who (in the opinion of some) has failed by never trying.

Dillard seems a nice guy, but Republicans seem remarkably careless with their words when they refer to any group that wouldn’t have been on a TV sitcom in 1963, be they gays or women or wetbacks. (Oops! Now they’ve got me doing it.) Dillard opposes the idea of gay marriage on family grounds, believing (quoting from the Thomas More Society, whose brief against same-sex marriage Dillard endorsed) “the marriage structure that helps children the most is a family headed by two biological parents.”

Gay people of course can be biological parents, but I don’t want to confuse a Republican argument with facts, so I will say only that I am willing to accept Mr. Dillard’s word that his use of “traditional” was not an attempt at libel, but was intended merely to describe families that are, well, just like his. The Dillards comprise Dillard and his wife, the mother of their two daughters (9 and 11), who all live in one house, presumably with at least one loveable dog.

The problem is that families like the Dillards – and I apologize for using this next term about Republicans – are a minority. The U.S. Census tells us that in 2010, only 21 percent of Illinois’ 4.8 million households consisted of two adults with children of their own under 18. Not that you’d expect a Hinsdalian to know that. In 2010, 48.2 percent of households in that leafy west suburban retreat consisted of two married people with children under 18 living with them. Perhaps, like so many Republicans, Dillard does his sociological research by walking around his block.

But of course Dillard didn’t mean those people. He’s not that much of a family guy. He’s a certain-kind-of-family guy. But that still doesn’t explain why he thinks the next governor should have a family, period. To WLS he said it was “for our state’s image and just the way that a governor thinks.” Having a family doesn’t seem to have helped Mr. Dillard think very clearly about the state’s image. Is the fact that a bachelor is in the mansion why Moody’s downgraded State of Illinois bonds the other day? I would have thought that who is in the mansion doesn’t matter as much to a bond analyst as how often he is in the mansion. Did Blago make himself a national laughingstock because he left Patti and the kids back home in Rogers Park?

I’m kidding. I don’t really think that Dillard thinks that. He’s not dumb, even if he sometimes says dumb things, or rather he says things in dumb ways. He later tried to explain that having two parents and kids in a house teaches a guy how “unbelievably busy families are.” “Busy” is not the word I would use to describe working families who have as many jobs as they have kids, including the single parent. Exhausted. Harried. Frightened. Angry maybe, at a Republican Party that wants to help them by freeing them from day care and food stamps and unemployment compensation and public transit and safe workplaces. But like I said, he’s a certain-kind-of-family guy.