Five of 10 wards are contested, plus mayor and treasurer's races

Five of Springfield's 10 wards will have contested races for spots on the City Council in the April 4 municipal election, and Mayor Jim Langfelder will face City Treasurer Misty Buscher in his quest for a third four-year term. 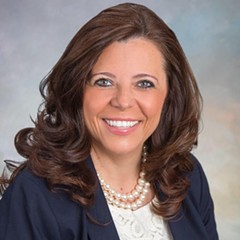 Incumbent City Clerk Frank Lesko is running unopposed for another term, as are council members Chuck Redpath of Ward 1, Shawn Gregory of Ward 2, Erin Conley of Ward 8, Jim Donelan of Ward 9 and Ralph Hanauer of Ward 10.

There won't be a primary held Feb. 28 for Springfield city offices – which are officially nonpartisan – because not more than four candidates filed for any race.

Langfelder, 62, previously was elected city treasurer before being elected mayor in 2015. "We have a great city, and I look forward to serving another four years," he said. 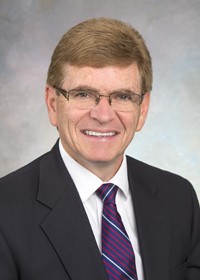 Jim Langfelder
Among his accomplishments, Langfelder, who is married with three grown children, said he has helped "move the city forward" despite two years without a state budget and more than two years of the COVID-19 pandemic.


"And we've done it quite successfully with the financial situation we're in, never interrupting services," he said. "These past few years, we have faced the most challenging times of our lives, but by working together, we have built a strong foundation for the future."

Langfelder is a Democrat while Buscher, 52, said she is a "moderate Republican." Buscher is married with two grown children.

"I just didn't feel like in the last eight years our city has gotten better" when it comes to infrastructure, economic development and communication with the City Council and constituents, she said of her decision to run for mayor.

Among the treasurer candidates, Colleen Redpath Feger is Redpath's daughter and has served as deputy treasurer the past four years. Bill McCarty is the city's budget director, while Lisa Badge is finishing her first term on the Springfield Park Board.

Two incumbents who were initially appointed to their seats on the council are now being challenged as they run for reelection.

In Ward 5, incumbent Lakeisha Purchase will face Sam Cahnman and Calvin Pitts. Purchase, 33, of the 900 block of North Sixth Street, is a supportive services specialist for the Illinois Department of Transportation and has served on the council since September 2021, when she was appointed to the post after former alderman Andrew Proctor resigned. Purchase was elected twice as a Democrat to the Capital Township Board and resigned her spot on the board when she was appointed to the council. 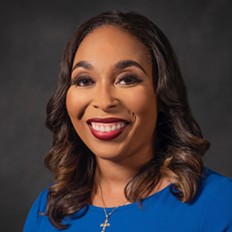 Purchase, who is single, said she prides herself on constituent service and wants to continue focusing on economic development, infrastructure, public safety and "quality neighborhoods." Ward 5 has a particular problem with illegal dumping, known as fly dumping, she said.

Purchase said she is excited to represent the ward, which she called "the economic engine of Springfield." The ward covers most of downtown, the Mid-Illinois Medical District, the former and current state Capitols, and several residential neighborhoods, including Enos Park. 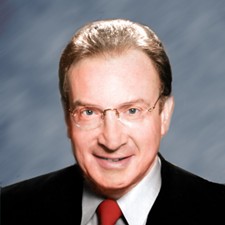 Cahnman, 68, of the 400 block of East Jefferson Street, was elected to the Sangamon County Board on Nov. 8 after defeating incumbent Democratic member Rose Ruzic in the June 28 primary. Cahnman, a lawyer in private practice who is single, previously served on the County Board and was elected twice to the council before being defeated in 2011 by Proctor.

If elected to the council, Cahnman would have to resign the County Board seat, according to Stacey Kern, director of Sangamon County Clerk Don Gray's election office.

Cahnman said he decided to run again for council while he was campaigning for County Board and encountering residents dissatisfied with Purchase.

"People are desperately seeking hands-on representation," he said. "I like to help people and come up with creative ways to solve problems."

Cahnman said he would work to improve or demolish problem properties in Ward 5, crack down on crime and prioritize law enforcement. He also wants to see North Grand Avenue revitalized. 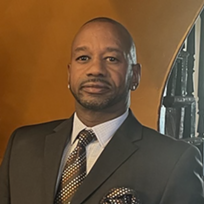 Calvin Pitts, 54, of the 1000 block of North Fifth Street, is the owner of Bringing Others New Empowerment LLC, or B.O.N.E., a construction and investment company, and president of the nonprofit Southtown Construction Training Center. He is a widower with four grown children.

This is Pitts' first attempt at elected office. "Now is a good time for our city to add some people with integrity on that council," he said. "My mission has always been to serve others. This is just another avenue to do just that." 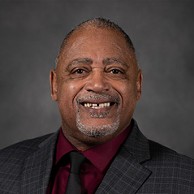 In Ward 3, incumbent Roy Williams Jr., of the 2600 block of East Lawrence Street, is being challenged by William Eddington.

Williams, a retired Army veteran who is divorced, said he wants to continue serving on the council to help oversee major renovations at the Poplar Place private housing development for moderate- and low-income families on the east side.

He said he also wants to advocate for neighborhood residents as the former Pillsbury Mills factory is demolished "and make sure the residents have a voice on what goes in its place" as the site is redeveloped.

Eddington, 59, of 1000 block of North Hill Street, previously was a write-in candidate for Ward 4 alderman. That was before a new ward map put his home in Ward 3. He is a brick mason and owns Eddington Masonry. He is divorced and has two grown children and one grown stepdaughter. 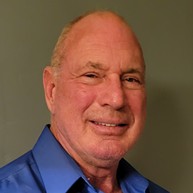 Eddington said he is running to improve the east and north sides of Springfield. "The infrastructure is just going to pieces," he said. 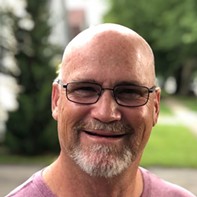 Rockford, 60, of the 1500 block of Maryland Avenue, retired in August as a maintenance supervisor for the city. He is married with three children, and is the brother-in-law of Mayor Jim Langfelder. This is his first run for elected office, and Rockford said he would work to improve roads, upgrade sewers and crack down on fly dumping.

"We need someone to sit down with state and local officials and get things done," Rockford said. 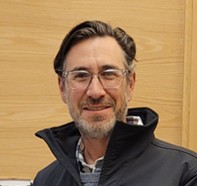 Ratts, 50, of the 2900 block of Tanner Road, is a licensed practical nurse for Memorial Health. He previously was divorced and now is engaged, with three biological daughters and two stepchildren.

Ratts was elected three times as a Republican on the Sangamon County Board and served 11 years. He said he is running because of "my love of the North end and wanting to represent the North end as far as a voice, and the timing was right for me." 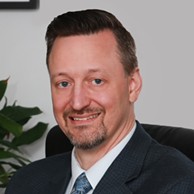 Yankee, 46, of the 2300 block of Winnebago Drive, is a licensed financial adviser. He is married and a foster parent. He said he has no specific issues to work on for Ward 4 and hopes to use a seat on the council as a steppingstone to higher office so he can improve the state's foster-care system.

"I'm going to take the spot for an open ear and an open mind," he said. 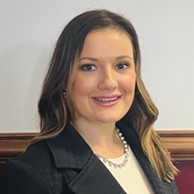 Haaker, 33, of 2200 South Pasfield Street, a lawyer in private practice who is single, is seeking elected office for the first time. "I want to give back to Springfield," the lifelong city resident said. "I'm invested in being here. I want to see positive improvements, and I want to work hard for my neighborhoods."

Haaker said she wants to preserve public safety amid the planned expansion and improvements for MacArthur Boulevard. 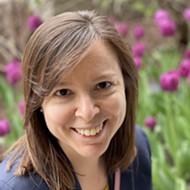 Notariano, 39, of the 1600 block of South State Street, is a bid officer with the Illinois Capital Development Board and is married.

Notariano has been active in Democratic politics and previously served as a Democratic committeewoman in Capital Precinct 32. When she heard DiCenso was leaving the council, she said she decided to run "to keep a strong, progressive, female voice on the City Council."

Notariano, too, said she wants to promote traffic safety as MacArthur Boulevard is improved. 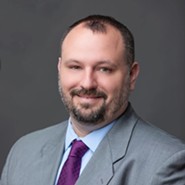 Pittman, 38, of the 2000 block of South Pasfield, previously ran as a Democrat for Sangamon County treasurer, losing to incumbent Republican Joe Aiello in the Nov. 8 race. He is married with two children and works as a public service administrator for the Illinois Department of Healthcare and Family Services.

A Marine Corps veteran, he said he looks forward to the MacArthur Boulevard project helping to revitalize the corridor, and he wants to promote even more improvements for the ward. 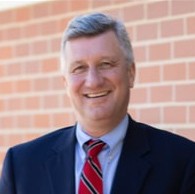 Carlson, 57, of the 2500 block of Argonne Avenue, is a policy analyst for the Illinois Senate Republican Caucus and is the married father of two adult children.

He is an elected Republican member of the Capital Township Board but said he would resign that position if elected to the council. He previously was a deputy Sangamon County clerk and chief of staff at the Illinois Department of Natural Resources.

"To me, it's all about service and helping constituents in moving through the bureaucracy," Carlson said. "One of my top priorities will be to make sure existing infrastructure projects in Ward 7 are completed and to determine other areas in the neighborhood where additional improvements should be funded."

Carlson said he also would focus on supporting the city's police and fire departments. 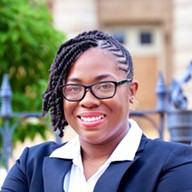 Davis, 33, of Longbow Lane, is the owner of Glaze Nail Salon and operator of a nonprofit group, Girls Glory, that provides free hair braiding to children. She is married and has four children.

She said she is seeking elected office for the first time "to bring awareness to public safety in our community."

Houlihan, 33, of Glen Eagle Drive, works for the Illinois Senate Democratic Caucus as an administrative assistant on the policy and budget staff. Single with a 12-year-old son, Houlihan is the son of Bill Houlihan, chairman of the Sangamon County Democratic Party. "I'm running because it's time for a new generation of leaders to get involved in local government," he said. "I will be focusing on public safety, economic development and infrastructure in Ward 7 and in Springfield."

Dean Olsen is a senior staff writer at Illinois Times. He can be reached at dolsen@illinoistimes.com, 217-679-7810 and twitter.com/DeanOlsenIT.