PHOTO BY SUE MASSIE
The Judge John Taylor House, constructed in 1857-58, was slated for demolition in 2013 when community organizers rallied to save it.

The Judge John Taylor House, the long-planned anchor of a neighborhood development at 12th and Cass streets in Springfield, is getting emergency stabilization work this winter that should buy some time for organizers to raise the needed funds for its full restoration and adaptive reuse.

The Springfield Economic Development Commission on Nov. 2 voted to approve $217,000 in Tax Increment Financing (TIF) funding for emergency stabilization efforts on the Taylor House foundation. The commission reviews TIF requests and issues a non-binding recommendation to the Springfield City Council., which will take a final vote on the funding request at its Dec. 7 meeting.

The Springfield Project took possession of the property in 2014 and had big plans for its restoration, but things have been progressing much more slowly than expected. In the meantime, something had to be done to keep the historic Taylor House from becoming history itself.

"These things take time, and we like to have things done sooner rather than later," said Dominic Watson of The Springfield Project. "But the newfound sense of urgency around stabilizing this foundation is appreciated, and we are going to do everything we can to get this done."

The Springfield Project initially planned to renovate the house's exterior over a two-year period with interior renovation and grounds improvement done in future phases. Now, with winter weather on its way, all of the focus is on getting the house stabilized.

"During the early stages of the evaluation of the property there was a clear issue with the structure that was magnified through the years due to the weather," Watson said. "The stabilization will ensure that we can do some long-term development of the site."

R.D. Lawrence Construction Company of Springfield is the general contractor for the stabilization. President John Goetz said a house moving firm will lift the house from its old foundation, the deteriorated foundation will be removed and a new one constructed, and the Taylor House will then be lowered onto its new foundation. Work is now underway, with the foundation targeted for completion by mid-2022.

Funding for the early stages of the Taylor House development was secured through $64,500 in grants from the Community Foundation for the Land of Lincoln.

The Taylor House continues to be a priority for the Community Foundation. In May the organization released its report on The Next 10, a community visioning plan for greater Springfield. Its 10 broad initiatives include community-led investment in the east side, including to "protect, preserve and designate historical properties" such as the Taylor House, along with Firehouse No. 5 and the Lincoln Colored Home.

"While some of the projects highlighted could come to fruition quickly, others, including the Judge Taylor House, will require patience, thoughtful planning and tenacious advocacy," said Community Foundation president and CEO John Stremsterfer. "The Judge Taylor House is a key component outlined in the plan because of its potential to help revitalize the neighborhood."

The Judge John Wycliffe Taylor House was built in 1857-58. Ten years later, the house was purchased and transformed into the Ulrich Home for Fallen Women, and in 1901 the school became the Ambidexter Industrial and Normal Institute for African American children.

The Ambidexter Institute was modeled on Booker T. Washington's Tuskegee Institute, and its goal was to provide education and training in the skilled trades. The curriculum included classes in domestic science, millinery, dressmaking, plumbing, painting, carpentry, bricklaying, shoemaking and general mechanics, as well as music and elocution. The Institute closed its doors in 1908.

Sue Massie of Massie, Massie & Associates spearheaded the effort to save the home from demolition in 2013.

"There are very few African American landmarks left in this town, and the Judge John Taylor House is one of the three major sites," Massie said. "Saving it preserves an important landmark and the African American history here, and it can also be a center for redevelopment of that area."

Massie said the stabilization work means the project is still very much alive.

"There are people in the area who have really worked toward saving the building," Massie said. "So there will be a lot of happy people as this moves forward."

And move forward it will, according to The Springfield Project's Watson, who said the end result will be called the Ambidexter Creative Institute.

"Our long-term goal is to have this as a location for creativity utilizing science, technology, engineering, arts and mathematics in partnership with the neighborhood," Watson said. "We feel this will be an epicenter for activity that focuses on insuring that the neighborhood is at the forefront of any plans that we have moving forward with the site."

Donations toward the Taylor House project may be made by calling The Springfield Project at 217-753-3551 or emailing dwatson@thespringfieldproject.org.

David Blanchette is a freelance writer and photographer who is a frequent contributor to Illinois Times. He is also board chairman of the recently opened Jacksonville Area Museum. 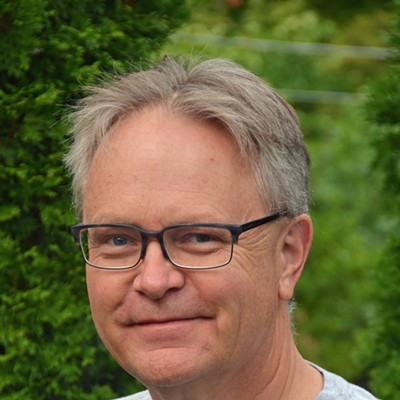 David Blanchette has been involved in journalism since 1979, first as an award-winning broadcaster, then a state government spokesperson, and now as a freelance writer and photographer. He was involved in the development of the Abraham Lincoln Presidential Library and Museum and more recently the Jacksonville...
More

DCFS headed in the WRONG DIRECTION