At the close of a contentious regular session and a vicious budget battle in the Illinois General Assembly some lawmakers are making an effort to streamline the budget-making process.

State representatives Ann Williams, D-Chicago, and Kelly Burke, D-Evergreen Park, have introduced two House resolutions urging the General Assembly to adopt standard processes for passing a state budget and putting money into a “rainy day” fund. They are calling their proposal a “roadmap to fiscal stability.”

Last week both Burke and Williams voted in favor of a set of budget bills that collectively were out of balance by roughly $4 billion. It is worth noting however, that a balanced budget was never put up for a vote. Gov. Bruce Rauner’s own proposed budget, which relied on $2.1 billion in savings from a pension reform proposal that was never put in bill form and would not have passed constitutional muster as laid out by the Illinois Supreme Court earlier this year, was also never brought up for a vote.

“We can’t keep operating in crisis mode and expect positive results,” Williams said. “We need to think long term. We need to develop consistent, fiscal and budget-making practices and address some of the issues that have gotten us off-track.”

Williams’ resolution also suggests forming a subcommittee with the purpose of examining any new spending programs and performing a cost-benefit analysis of the programs before they can be approved. The aim would be to only pass new programs that provide a net savings to the state or meet a clearly specified overriding public-policy goal.

The accompanying resolution, Rep. Kelly Burke’s House Resolution 554, urges the legislature to automatically put revenue that exceeds the year’s estimates into the Budget Stabilization Fund, which was created back in 2000 to create a reserve of funds to turn to when the state faced a fiscal crisis. The fund has been less than successful at meeting that goal. At press time, the balance of that fund was $746,662 – a drop in the bucket compared with the $36 billion state budget.

Burke’s resolution also pushes for more focus on the state’s backlog of bills. Burke said that Illinois spent upwards of $150 million in interest on old debt in Fiscal Year 2014

“That’s $150 million that we could have used for schools, for mental health services, for payments for those in need.” Burke said. “What we’d like to do is really bring our old bills down so that we can free up that money to be better spent.”

Williams said following these budget making reforms would go a long way toward expediting the budget process and helping the state figure out its priorities.

“We’ve had hours of debate about what programs and services are and are not essential, but we’ve heard very little about how to fix the budget making process and implement responsible budgeting practices long term,” Williams said. “It’s time to have that discussion.”

The reforms suggested by these resolutions would not, however, have had a significant effect on the ferocity of the discourse of this past session. Much of the conflict that arose from this legislative session came not from debits or credits from the General Revenue Fund, but from the Democratic legislative majority’s unwillingness to work on Republican Gov. Bruce Rauner’s agenda items.

Democrats have spent the past five months arguing that the state’s budget should be balanced with a combination of spending cuts and new taxes. Meanwhile, Rauner has consistently tied support for a tax increase to the passage of his pro-business “turnaround” reform bills. Those bills address workers compensation, tort reform (who you can sue and for how much), property taxes (freezing the amount local governments like school boards can ask from their constituents), drawing legislative districts and limiting how long elected officials can serve. The turnaround bills are unpopular with the Democrats who would be voting on them, and two of them are constitutional amendments which would have to be put on the ballot in 2016 before they would go anywhere. Rauner said he would continue to pursue his reform bills as the legislative session goes into extra innings.

“We’re going to have a rough summer,” Rauner told reporters at a press conference Sunday. “But we will continue to negotiate in good faith.”

Williams said the fiscal conflict over the state’s 2016 budget just proves the need for change in the way Illinois’ budget is crafted.

“At this point, it’s unclear how the 2016 budget discussions will evolve,” Williams said. “But the turmoil and uncertainty this fiscal year only illustrates the need to implement these common sense budget making practices moving forward.” 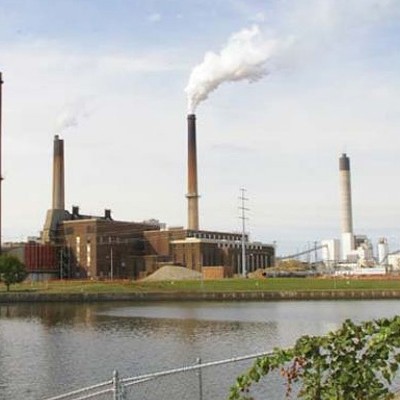 The high cost of higher education