A new volume on the post-WWII era, when baseball was forever transformed 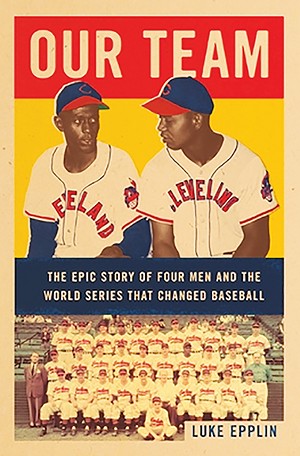 OUR TEAM: The Epic Story of Four Men and the World Series that Changed Baseball, by Luke Epplin, Flatiron Books.

In February 2021 Major League Baseball returned to a semblance of normalcy as players once again traveled to spring training locations in Arizona and Florida. Players and fans returned to baseball as we remembered it before COVID swept the world. This year marks a complete 162-game season, the normal playoff and World Series format and the return of live fans to the major league ballparks across North America. Things were progressing smoothly with an occasional COVID glitch but then trouble erupted.

The State of Georgia, where the 2021 All-Star Game was to be played later this year, enacted a new voter law that critics claimed was intended to seriously hamper voting rights in that state. Many protested, with Major League Baseball leading, surprisingly, by announcing that they would move the All-Star Game from Atlanta in response to the Georgia legislation. Others joined the debate, Texas Gov. Greg Abbott declined an invitation to throw out the first pitch of the season in Texas, announcing, "It is shameful that America's pastime is not only being influenced by partisan politics but also perpetuating false political narratives." Many politicians decried the politicization of professional sports.

It is probably a good time for those critics to read up on their baseball history. A wonderful place for them to begin their studies is on the pages of Our Team: The Epic Story of Four Men and the World Series that Changed Baseball by Luke Epplin, whose writing has appeared in numerous national publications and who is a product of Litchfield, Illinois. Our Team is a poignant, encompassing and beautifully written story of baseball in the initial seasons when the game changed forever because courageous men broke the barrier that had excluded Black players from the rosters of major league teams.

Our Team captures the spirit of baseball in the post-World War II era when the game was forever transformed. The integration of the game brought players like Jackie Robinson, Larry Doby, Roy Campanella, Willie Mays, Ernie Banks and Minnie Minoso to baseball, changing the game forever. In addition, television brought baseball to millions of Americans who had never seen a major league game. Ironically, the advent of television was a factor in eliminating baseball's barnstorming post-season games that had long been integrated and often provided players with more income than they made during the regular season. Epplin recounts those barnstorming games where Cleveland pitcher Bob Feller and his future teammate Satchel Paige would battle against each other before tens of thousands of fans in ballparks that rarely saw major league players in person.

Title notwithstanding, Our Time begins many years before the 1948 baseball season that brought a World Series victory to the Cleveland Indians. It stretches all the way back to 1936, when a young, hard-throwing pitcher who had not yet graduated from high school made his debut pitching for the Indians. Bob Feller, from Van Meter, Iowa, spent his summer break from school pitching in the major leagues. In that first season he appeared in 14 games and struck out 76 batters in 62 innings. His baseball career would be interrupted by World War II and would not end until 1956 and eventual entry into the Baseball Hall of Fame. Feller's career would intersect with those of the other three subjects of Epplin's baseball chronicle, Bill Veeck, Satchel Paige and Larry Doby. 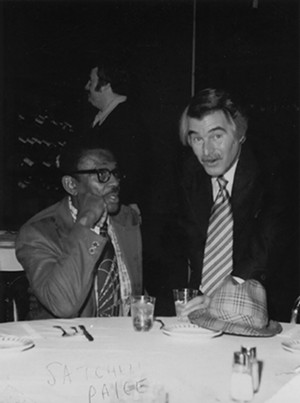 Bill Veeck is a name recognized by many central Illinois baseball fans. He owned teams in St. Louis and Chicago and brought the White Sox to the 1959 World Series. Along the way he bought the Indians in 1946, boosting attendance to record numbers and building a team that would challenge for an American League pennant. After Jackie Robinson integrated baseball, Veeck brought Larry Doby to the Indians, signing the first Negro player in the American League in 1947. Doby fit the mold that Branch Rickey had cast with Robinson. He was a World War II veteran, multisport athlete and family man. Like Robinson, Doby faced difficulty from players and fans, but he met racism with stoic silence. Ironically, Doby's path to acceptance in Cleveland was eased somewhat by the integration of the Cleveland Browns professional football team. When Doby came to Cleveland, he was welcomed by Browns players Marion Motley and Bill Willis. Doby's first season in Cleveland in 1947 was an abysmal failure. He started the 1948 season wondering if he would even make the team, but he worked hard at improving his game and earned his way onto the roster.

The 1948 Indians needed pitching in part because Bob Feller was having a bad season. Veeck had the perfect candidate in mind. By 1948, Satchel Paige was somewhere over age 40, had pitched everywhere in North America and was a baseball legend. He had pitched against Bob Feller for years, as well as against many of the great white major league players barnstorming across the country. Signing Paige was viewed by many, including The Sporting News, as a publicity stunt. But Paige had a tryout with Cleveland manager Lou Boudreau, who discovered he could still pitch despite having started in baseball when Larry Doby was 2 years old. He was the final piece of the puzzle that made the Indians world champions.

Our Time is a joy to read. If you love baseball, every page includes a tidbit of baseball history that you may or may not know. And if you are simply interested in history and the fight for civil rights in America you also will be moved by the lessons of Luke Epplin's stirring story.

Race in the world of sports