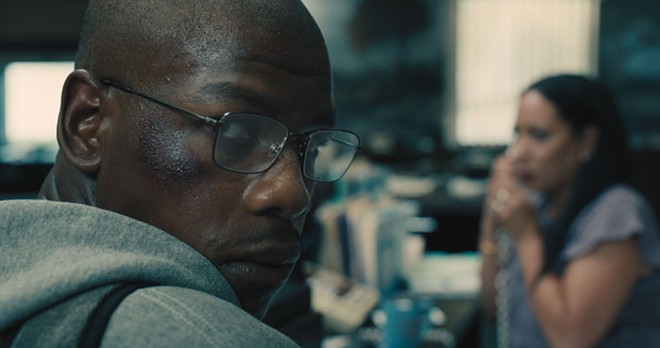 John Boyega gives a career-best performance in Abi Damaris Corbin's Breaking, a fact-based hostage drama that puts the plight of neglected veterans in the spotlight. As former Marine Brian Brown-Easley, a wounded warrior, the actor keeps us riveted throughout as his character is pushed to the breaking point due to indifference from the Veteran's Administration. He takes control of a bank, threatening to blow it up if his case and those of his fellow former soldiers aren't addressed.

Boyega is a marvel here, giving a riveting, sympathetic performance, as do his co-stars Nicole Beharie and Selenis Leyva, as the two women he takes hostage who come to sympathize with his plight. While it lacks the tension of Dog Day Afternoon or John Q, this indictment of the Veteran's Administration and the government that all too often, doesn't hold up their end of the deal where caring for our wounded warriors is concerned has teeth. In theaters 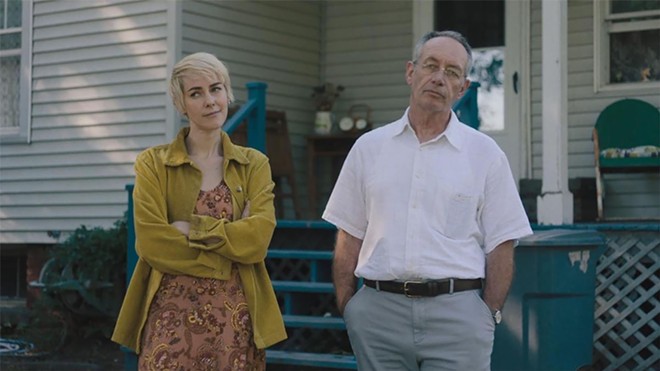 At the moment, the world is in dire need of a bit of human kindness. M. Cahill's Adopting Audrey is a quiet reminder of how far extending a helping hand can go. Jena Malone is Audrey, a young woman constantly on the move who's had a run of bad luck, her boyfriend dumping her and losing her job all in the same week. She's also alienated from her parents, who simply can't be bothered with her. On a whim, she answers an ad for adult adoption, a service for families looking to take in anyone over 18.

Audrey is matched with a clan led by Otto and Sunny (Robert Hunger-Buhler and Emily Kuroda) who are in dire need of assistance. She's at a loss as to how help her husband, who's alienated his children. How will taking in someone else help? Turns out, Audrey's presence does impact the family and prompts a change in Otto, albeit one that does not take place overnight. There's a gentleness to the film that's winning, as is Malone's sympathetic performance, the actress displaying a sense of tenacity and understanding that has us in her corner from the start. You'll do well to watch this movie. It's medicine for the soul. And don't let its abrupt ending jar you. Upon reflection, it turns out to be perfect. Available through Video-On-Demand.

Pages not so funny

There's no question Owen Kline's Funny Pages will not appeal to everyone, but for those looking for a risk-taking narrative, my advice is to buckle up tight and hang on. This coming-of-age story focuses on Robert (Daniel Zolghadri), a struggling young artist trying to find his way in the comic book industry. There's no question he has the chops to make it in the four-color world, but getting noticed in the highly competitive business proves problematic. However, he crosses paths with Wallace (Matthew Maher), a disturbed former artist at a major comic company.

The movie seems to be traveling down a predictable path up until this point as we're firmly in Robert's corner, won over by his tenacity and good humor, assured that Wallace will take him under his wing and show him the ropes. However, his would-be mentor displays his true colors, and the movie takes a dark turn that results in emotional and physical mayhem. The manic episodes Wallace goes through, which Robert takes the brunt of, are disturbing and may turn off some viewers. However, those that hang in there until the end will be treated to the work of a young director who's not satisfied with adhering to formula filmmaking. Available through Video-On-Demand.