Session recap: Lawmakers say the expanded access can be lifesaving 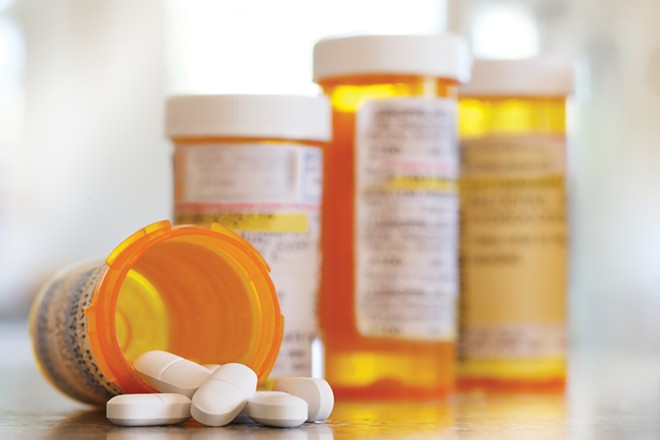 Legislation allowing pharmacists to administer or dispense preventive HIV medication and fentanyl testing strips were among health-related measures passed by the Illinois General Assembly during its final week of session earlier this month. House Bill 4430 allows pharmacists to order and conduct testing and dispense pre- and post-exposure HIV medications to individuals who are at high risk for infection. The pharmacists would need to have a standing order issued by a licensed physician or county health department that would allow them to offer care for the individual seeking help.

The medications, referred to as PrEP for the pre-exposure drug and PEP for the post-exposure one, are designed to mitigate the risk of HIV infection.

According to the AIDS Foundation of Chicago, there are about 45,000 people living with HIV/AIDS in Illinois and 1,300 people each year learn they have HIV or AIDS.

The bill also lays out insurance reimbursement requirements for pharmacists offering the services.

Sen. Jason Barickman, a Bloomington Republican, was the only GOP lawmaker from either chamber to vote yes for the measure.

Barickman said the solution to the issue "may be imperfect," but that Simmons has worked with the Illinois State Medical Society and the Illinois Pharmacists Association to find a solution to lower HIV exposure across the state.

"The proposed solution is much better than the status quo that exists today," Barickman said.

Under the Consent by Minors to Health Care Services Act, if a minor 12 years of age or older who possibly comes into contact with any sexually transmitted disease can give consent to health care providers to prevent, diagnose or treat a potential disease.

Sen. Darren Bailey, R-Xenia, who is campaigning for governor, said the language leaves "too many loopholes" for minors, whether emancipated or not, to go to different pharmacies and refill their medications several times.

But Simmons said it is unlikely that an individual will become addicted to the medication since it has no side effects, and the hypothetical scenario is impossible because the individual must receive lab testing before a prescription can be given.

Under the bill, pharmacists are required to complete a training program that is related to HIV care before they can dispense the drugs. If an individual needs to get another prescription for the medication, follow-up lab tests must be done to determine if they are still at risk for infection or are HIV-positive, Simmons said.

The bill still needs approval from Gov. JB Pritzker and would take effect Jan. 1, 2023, if signed.

The bill is designed to expand on the Overdose Prevention and Harm Reduction Act, passed in 2019. That law authorizes government agencies and nongovernmental organizations to create needle access programs aimed at reducing HIV and other blood-borne diseases.

Programs are community-based and provide a range of preventive services and educational information on overdose prevention and intervention, monitoring programs for opioids and other prescriptions, and safe drug disposal of unused medications.

All testing supplies for fentanyl must be stored in a licensed pharmacy, hospital, clinic or other health care facility.

Rep. Will Guzzardi, D-Chicago, said that many opioid deaths occur in people who did not know they were ingesting a substance that was "cut with fentanyl, a synthetic, cheap, and extremely deadly opioid."

According to the Illinois Department of Public Health, there were 2,944 opioid overdose deaths in 2020, which was more than twice the number of homicides. There were also 19,451 emergency responses to opioid overdoses in 2020.

The measure still needs approval from Pritzker and would take effect immediately once signed into law.