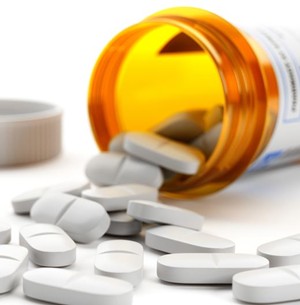 While the state legislature's lame-duck session earlier this month was largely defined by criminal justice reform, a measure aimed at the opioid epidemic passed through both chambers more quietly.

State Sen. Melinda Bush, D-Grayslake, was a sponsor of the measure, meant to add teeth to the Illinois Prescription Monitoring Program, a network that collects and shares information on controlled-substance prescriptions. In 2017, she sponsored a now-law that requires prescribers to check the PMP to see if a patient has already been given controlled substances by other doctors before writing an initial prescription.

The new measure, if signed by the governor, would ensure all prescribers have access to the PMP database. In a public statement, Bush said this measure would promote transparency and help the state "crack down on over-prescribing and doctor-shopping."

Illinois has worked, over four years, to fully integrate the system into all health care facilities with any legal prescription authority. Once a hospital receives full access to the PMP, it is mandated by state law to report new authorization of prescription medications including oxycodone, hydrocodone and fentanyl – which belong to the opioid drug group.

Across the U.S., opioid overdose deaths are most common among white people aged 25-34, according to the Illinois Department of Public Health. But despite national trends, last September IDPH reported Black and African American males aged 50-59 represent those most at risk. The agency now has goals to expand recovery programs to address the "striking racial disparity" found in statewide data.

"In the first two quarters of 2020, Black or African-American populations had 7.9 times more nonfatal suspected overdose cases per 100,000 than white populations and 6.3 times more than Hispanic/Latino populations," according to IDPH. In addition to this, statewide opioid deaths in the first quarter of 2020 rose by 36.5%.

The Gateway Foundation offers several drug and alcohol recovery treatment programs, including in Springfield and Chicago. Gateway works directly with hospitals and emergency departments providing services to those struggling with substance use. Sally Thoren, executive director of the Gateway Foundation, acknowledged reports of "improper behavior among pharmaceutical companies."

"Illinois, however, experiences a higher number of overdoses attributable to heroin and fentanyl rather than prescription opioids. In fact, when we look at the prescribing data, Illinois physicians are prescribing opioids at a much lower rate," said Thoren.

Last fall the state passed a bill awarding hospitals and programs more than $30 million to expand the reach of recovery programs. The Gateway Foundation said progress has been made by partnering recovery treatment providers with local law enforcement agencies. When law enforcement comes into contact with those suffering from substance abuse, they are able to point them to treatment options versus arresting and charging them. With these funds, Gateway also provides direct transportation to recovery centers for those visiting emergency departments due to substance abuse and overdoses.

Thoren said 72% of those who die from opioid overdoses had an average of four previous hospital encounters in the year before they died, so the funding and expansion of intervention measures is important. Furthermore, eliminating the stigma around substance abuse plays a significant part in getting treatment to those who need it most.

"Our patients continue to confront stigma, and this population (Black/African American over 50, suffering from high rates of unemployment) has been described as experiencing 'stigma upon stigma,'" said Thoren. "Public awareness, physician education, information about resources and outreach all would help connect with this group and invite them to care."