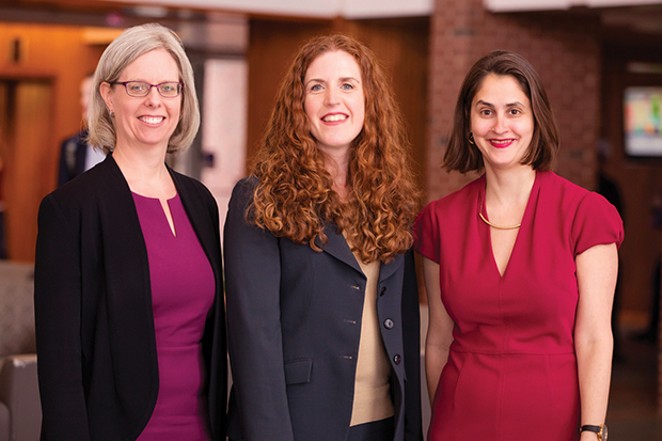 Photo by L. Brian Stauffer
The U of I legal scholars who wrote the new paper on restorative justice for sexual harassment are, from left, Jennifer Robbennolt, the associate dean for research at the College of Law and co-director of the Program on Law, Behavior, and Social Science;

As the high-profile Bill Cosby trial winds down this week, it’s right to ask what happens to low-profile victims who get harassed in the workplace every day by low-profile lowlifes? What happens to victims who don’t happen to work in Hollywood? Naming and shaming doesn’t work so well when offenders don’t have much of a name and even less shame.

What happened to the avalanche of sexual harassers we saw earlier this year? Have they all resigned or been fired? Is losing their job enough, or should they all get at least 10 years? If Al Franken had to resign, what about Donald Trump? Are non-disclosure agreements the solution, or part of the problem? Will the #MeToo movement last?

These are just a few of the questions and problems that remain after the nation begins to emerge from the winter’s catharsis about sexual harassment. A team of law professors from the University of Illinois have taken on some of these questions in a new paper, “#MeToo, Time’s Up and Theories of Justice,” which examines the complexities of finding true justice for victims – and perpetrators – of sexual misconduct in the workplace. The article, by Colleen Murphy, Jennifer K. Robbennolt and Lesley Wexler, goes beyond firings and courtroom settlements, to concepts of “restorative justice,” which money can’t buy, and for which the court system seems inadequate.

In her acceptance speech for best actress at the Golden Globe Awards, Laura Dern made this plea: “I urge all of us to not only support survivors and bystanders who are brave enough to tell their truth, but to promote restorative justice. May we also please protect and employ them. May we teach our children that speaking out without fear of retribution is our culture’s new North Star.” Dern was probably talking about simply restoring the victim, who may have had employment setbacks, like Rose McGowan who says she was blacklisted after making complaints about being raped by Harvey Weinstein.

But the U of I authors advocate a broader view of restoration, which includes both victims, who often get left behind when cases go to court, and offenders, who sometimes get convicted without ever admitting to themselves, much less to others, that they did wrong and need to change. The practices would include direct participation of offenders and victims in the process, telling the story of the wrongful behavior and its effects, the offender’s acknowledgment of the story (“Yes, this is what happened.”), joint efforts to repair the harm and “reintegration of the offender into the broader community.”

None of this is easy, starting with apologies. When it comes to lame, weasel-worded apologies, the actor Jeffrey Tambor, accused of sexual harassment, came up with a classic: “I am deeply sorry if any action of mine was ever misinterpreted by anyone as being sexually aggressive or if I ever offended or hurt anyone.” There are so many bad apologies being offered, using “if” as a key word, that a website has been started – apologygenerator.com – to offer some satirical help.

Repairing harm is another key step to the restorative process. Bishop Desmond Tutu, who pioneered reconciliation justice practices in South Africa, illustrates: “If you take my pen and say you are sorry, but don’t give me the pen back, nothing has happened.” Money often helps, but even that has its downside when compensated victims are accused of being gold diggers. After settling an earlier civil case with Bill Cosby, accuser Andrea Constad was described as “settling right into a ritzy Toronto condo after coming to terms with the comedian.” Taylor Swift won high praise for not asking for money from the man who assaulted her, taking only a symbolic verdict against him as a win. Did she advance the cause of women, or just reinforce the view that they should not pursue their self interests?

Probably the most controversial part of the restorative prescription is reintegration of the offender back into the community from which he came. The actor Bryan Cranston said he’d be willing to give second chances to Harvey Weinstein and Kevin Spacey, but only if they showed “tremendous contrition” and had “put the work in” to deal with their problems and change their ways. Mel Gibson, who experienced Hollywood exile after anti-Semitic, racist and sexist offenses, worked with the Jewish community to repair damages. Though he still has detractors who doubt that his moral makeover goes very deep, he is now back to making movies.

Ultimately, the authors want to build a society with workplaces where harassment doesn’t happen with nearly the frequency that it does now. They applaud Time’s Up, the initiative created by powerful Hollywood women, for focusing on institutional changes. Time’s Up is lobbying for legislation to prohibit companies from forcing employees to sign non-disclosure agreements – like Harvey Weinstein did – as a precondition to a settlement. They’ve proposed an industrywide commission to which victims of abuse can report wrongs with confidence that something will be done about them, without placing their employment at risk. And they’re working on gender equity issues like pay equality and hiring more women. A goal is “50/50 by 2020.”

The U of I legal scholars acknowledge that the changes afoot are messy and not all will succeed. But, they write, “We are at the beginning of what may very well be a transitional moment in American workplaces and society at large.” Shaping the future needs to be done “with an emphasis on the needs of both victims and offenders, as well as the larger community.” 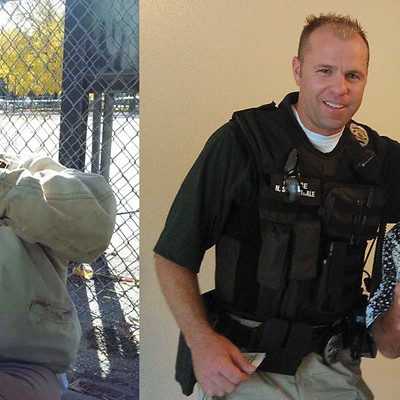