Betting with other players’ chips

TIF projects are a bad bet for 186 schools 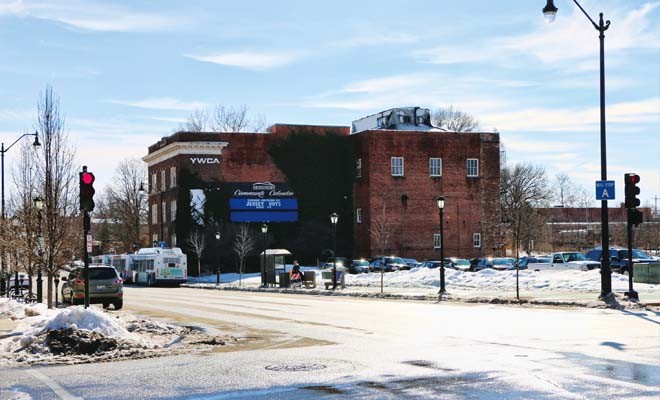 McFarland’s motion was prompted by Mike Houston’s proposal to replace the expiring downtown TIF district with a new one focused on the block on which stands the YWCA building. If done, and assuming the new TIF lasts as long as the old one, that means that the schools will have had nearly a half-century’s worth of increases in downtown property value exempt from their taxes.

A fourth grader in any of 186 elementary schools could tell you that this doesn’t add up.

In Champaign, the schools routinely negotiate clawbacks of new TIF revenues from the city. McFarland was trying to wake up his fellow board members to this ongoing hijacking of school revenue, asking them to make it board policy to at least “engage” with the city when new projects funded using tax increment financing are proposed.

In 2012, McFarland asked the then-board of 186 to back a resolution to formally oppose the proposed TIF district to build a supermarket on Dirksen Parkway. Board members Candace Mueller and Judy Johnson said the TIF district should be supported, because economic development will be good for the district in the long run.

Of course it will. The issue is whether the district needs to surrender the use of such big chunks of its revenue to make it happen. The school district, as someone should have reminded Mueller and Johnson, is supposed to use its money to build young people, not build economies. And as someone should remind the aldermen, the single most important thing a community can do to attract quality private-sector investment is to fund and run good public schools.

It is often argued that tax revenues schools now get from TIFed properties do not diminish. Rather, it’s a question merely of foregoing the collection of a certain amount of future tax revenues for a certain period of time. Most 186 board members buy this argument when they talk about today’s TIFs being good for tomorrow’s school district. I wonder – has any board member told kids in school today that it’s merely a question of their foregoing a certain amount of improvement in their schooling for a certain period of time?

At that 2012 meeting, member Bill Looby joined McFarland in opposing an unneeded TIF district to subsidize an unneeded supermarket. Mueller actually apologized to Mike Farmer, Springfield’s director of planning and economic development, as if her colleagues had offended Farmer by doing their jobs and trying to assert 186’s interest in protecting its own funding stream. Under the circumstances, it is Farmer who ought to have apologized to the board. Because the City of Springfield relies largely on retail sales taxes to pay day-to-day bills, using TIF to subsidize retail, municipalities in effect get schools and parks to help pay for municipal operating budgets, and does so without the approval or even the opinion of the voters whose interests are affected.

Cast your mind back to 2007. The Springfield City Council that year approved spending $1 million in tax increment financing funds to realign a road so H.D. Smith Wholesale Co. could expand its warehouse space. TIF projects are supposed to pass what is sometimes called the “but for” test. Would a project not be built but for the help that TIF provided? H.D. Smith’s sales are in the billions. The firm’s business was booming – that’s why it needed the space; no way a $46 million warehouse wasn’t going to be built for want of $1 million in free money. Apart from temporary construction jobs, the expansion would add only a handful of low-wage warehouse jobs to the local economy.  (In November of last year, it was reported that H.D. Smith was laying off 30 employees at its Springfield operation; will any of that million bucks be repaid?)

When the city votes to back such projects, it’s making a bet with other players’ chips. Seems only fair that the school board decide whether to put their money down.

It’s a mad old world we live in, where mayors and aldermen bribe developers to build where they want to. But then municipalities are developers too, eager to expedite any project that will add to the city’s tax base and ease their own budget pains. As I tried to explain in a 2012 column (“Fiscalizing land use policy,” July 26, 2012), that’s good for the City of Springfield, but bad for the city of Springfield.