Berkley Moore could talk with equal ease about the hidden gems of scripture or the subtle qualities of beer. But his real passion was music. During a lifetime of 85 years, he amassed an enormous – and eclectic – collection of LPs and CDs, spanning classical, jazz and folk. Music was, perhaps, the spiritual gateway of his life. I doubt that anyone in Springfield knew more about liturgical music.  An active member of the Illinois Shape Note singing community, he shared his enthusiasm and knowledge with many in Illinois and across the country. There are several online videos of him leading Shape Note singing. He authored several hymns himself, including lyrics for “Let Love Continue Long” which was included in two Unitarian Universalist hymnals.   He also contributed the tune for “Kelham” to the Missouri Harmony (2005).

But there were other facets to appreciate about Berkley. When he moved to Springfield in 1970 along with his wife, Barbara, and his two sons, Erik and James, he was already in his late thirties. He took a job with the EPA. But engineering was a second career. A decade before, he had graduated from the Harvard Divinity School with a Bachelor of Sacred Theology degree. As a young ministerial candidate within an emerging faith tradition, he could have chosen to be one of its first ordained clergy. Mindful of the rich heritage that had sculpted his spiritual path, he opted rather to be the last individual ordained as a Unitarian minister. In the years that followed, he served several Unitarian Universalist Congregations as a parish minister. But opportunities were limited and he was advised to pursue a second vocation until older, settled ministers began to retire. That’s what brought him here.

It did not take him long to connect with the local Unitarian fellowship. Members were delighted to discover an authentic, accredited minister in their midst. Before long, he had assumed the role of an unofficial part-time minister – preaching, performing weddings and conducting memorial services. He busied himself with bylaws, leadership roles and unsung committee work. He did not neglect fellowship activities, including playing bridge and organizing lunch groups. His theological interests included the Humanist Group and also the Christian Interest Group.

He was a friend and mentor to many. He would welcome two part-time ministers, the Rev. Sylvia Howe in 1981 and the Rev. Mary Moore in 1985. Much later, he welcomed a junior colleague, myself, in 2003.

Berkley sometimes corrected my pronunciation of theological terms, and we made friendly bets about liturgical music. While I never won any of those wagers, he never gloated. Theologically, we were cut from much the same cloth:  after my first lengthy sermon about Easter, he told me that it was the longest sermon he had ever heard, and one of the best. I still appreciate that.

In 1995, after 25 years of membership and volunteering, the congregation named Rev. Moore as a minister emeritus. Such recognition was highly unusual, given that he had never been officially called as their minister.

In terms of his presence within the larger community, I’ll add two brief footnotes: Berkley was one of the featured speakers during the special service celebrating the dedication of Abraham Lincoln Presidential Museum in April 2005. He was also one of the first clergy in central Illinois to publicly support LGBTQ rights and marriage equality.

When he passed away on Jan. 4, 2018, members of the congregation placed a side table bearing a single rose adjacent to the chair where he normally sat. A celebration of his life was held several months later, and the tributes of four ministerial colleagues were shared. A classroom in the congregation has been renamed in his honor. 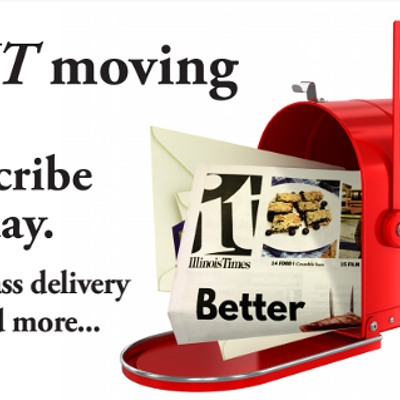