Be curious, not judgmental 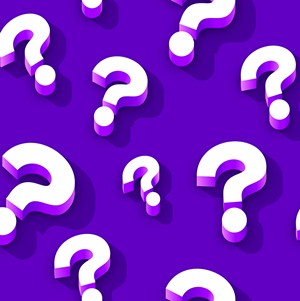 Passover, Ramadan and Lent all came to an end during the past few weeks and I've found myself thinking of the oddest thing: a cow.

When I was about 5, a life-size statue of a cow appeared in our neighbor's front yard. The Hereford stood a silent sentinel on Academy Street in Galesburg and left many perplexed.

Where did it come from? Why was it there? And what was its meaning?

It was the subject of neighborhood discussions. Adults found the need to weigh in among themselves about the inappropriateness of the bovine edifice.

When I'd walk to school, I'd pass right by the creature and stop with friends to look at it. Our tiny hands would stroke its plastic side.

One day after school I asked my mother, "Why is there a cow in front of Davey's house?"

My mother was silent and contemplative for a moment. She said, "Davey's family is a different religion than us. They are Jewish. The cow must be part of their religion. But don't mention it to Davey."

Of course, I did.

"Davey, do you have a cow in your front yard because you're Jewish?"

He gave me a perplexed look and said, "No, my dad belongs to the Jaycees and his friends in the club thought it would be funny to stick a cow in our yard."

My 5-year-old curiosity was quenched, and I went about my day with an answer to my question. I would no longer be confused by the misguided notion that livestock statuary had something to do with modern Judaism.

How did my mother come up with the goofy idea that the cow was some sort of theological statement? It beats me. But her mistake is an all too common one in our society. Too often we make assumptions about those who in some way identify differently than ourselves.

It's a tiresome but all too common exercise.

For example, when I was a college student, my roommate was African American. We both had pictures of our nieces on our desks. Inevitably, when a white person would drop by our room, they would see the picture on his desk and they would say, "Oh my, he's got a kid."

Strangely, no one ever asked my roommate the identity of the person in the photo or assumed that the image on my desk was anyone other than my niece.

They made a judgment about him based on a difference – in this case race – rather than facts. The false narrative didn't serve anyone particularly well – particularly if we are interested in mending divides – rather than broadening them.

Wouldn't it have been better for someone to just ask my roommate, "Hey, Danny, who is in that photo?"

I'm 57 years old. I have never tasted alcohol. And for decades I've put up with people making assumptions about why that is. The most common thought expressed: "Scott doesn't drink because it's against his religion."

Nope. I'm a Christian who recognizes that Jesus drank wine to celebrate, hydrate and commemorate. I don't drink because I had an alcoholic grandparent and have never seen much appealing about the custom. But to each their own.

Last year, my wife and I took a vacation in a nation where the state religion is Islam. A well-meaning friend, who watches a lot of Fox News, took me aside and begged us not to go. She said Muslims hate Americans and our lives would be in danger.

Despite her desperate pleadings, we took the trip and found ourselves treated with kindness and hospitality. When we saw customs different than our own, we didn't make assumptions. I'd make conversation and just ask.

I learned a lot not only by asking questions but by observing. For example, I saw a couple who appeared to be Iranian and on their honeymoon. The woman was wearing a black chador, a cloak that extends from head to toe.

For a person of my generation, the garb inevitably conjures memories of thousands of angry demonstrators outside the U.S. embassy in Tehran shouting "Death to America." But I saw no anger or hatred.

In fact, it was fun to watch her flirt with her groom, like honeymooners the world over. And when a wind came off the ocean she would stretch out and let the cool breeze fill her chador as a child might.

It would be easy to focus on the differences between our two cultures. But that small act served as a reminder of our shared humanity.

To quote that great American television philosopher Ted Lasso, "Be curious, not judgmental."

The real cost of a college education