Family-operated store had plans to transition long before COVID-19 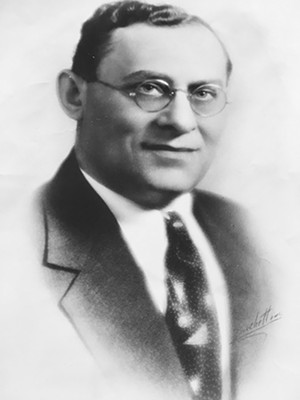 In the midst of much economic pain, one longtime independent retailer is folding, due to writing that was on the wall well before the pandemic hit. Barney's Furniture was founded in 1939 by Bernard "Barney" Seidman, who first operated the family business at a downtown Springfield location. In the 1970s, the retailer moved to the east side with a location on South Grand Avenue. In 2016, it moved closer to the west side, to a former Hobby Lobby – 1987 Wabash Ave.

Now, the move that makes the most sense is folding and converting to an Ashley Furniture Outlet store, said current president and third-generation owner Barry Seidman. Seidman also owns Central Illinois Home Furnishings which operates a number of Ashley Furniture HomeStores. Seidman said his own father took over Barney's in the mid-1940s after his grandfather passed away. "At one time I worked with my grandmother, my aunt, my uncle, my father, my mother. It was truly a family-run business, as were many, if not most independent businesses," said Seidman in an interview with Illinois Times. Seidman said businesses are generally not operated that way anymore.

And COVID-19 has meant struggles abound for retailers of all sizes. "Retailers and brands face a daunting multitude of short-term challenges around health and safety, supply chain, labor force, cash flow, consumer demand and marketing," a Forbes article from earlier this year stated. More people are shopping online than ever before, and that trend is likely to stay, as that shift had been happening long before the pandemic. In Springfield, many independent businesses have been able to receive federal loans and adapt their offerings, with options like online sales and curbside pick-up. Some consumers are increasingly motivated to support locally owned businesses whenever possible. But that doesn't mean the long-term outlook had been good for businesses like Barney's.

"I had to think long and hard," said Seidman. "Barney was my grandfather's name. My family's name provided for us very, very well for generations. But you also have to be realistic." While the pandemic is pushing some businesses to close, it actually delayed Barney's doing so.

The going-out-of-business sale had been postponed due to the forced temporary shutdowns of many retailers. When the store reopened on June 1, it did so with its final sale in full effect. The sale is currently underway and plans are to close around Aug. 24, after which there will be time spent to rehab the facility and change it into the Ashley's Furniture Outlet store.

Seidman noted other transitions Barney's had made during its long tenure, including its move to South Grand Avenue, where it was located for more than four decades. "I always like to emphasize to people that even though the east side has a sometimes negative reputation, we had zero issues over there," he said. "I would have loved to stay there for as long as we were in business, but because of the perception, fewer and fewer people were willing to come out to that area." Seidman said traffic patterns also shifted so that there was less consumer activity on the east side, making the move feel necessary some five years ago. "I also moved specifically to the Wabash location, knowing that Barney's independent longtime family store was only going to be able to last for so much longer, and we were going to have to do something else with it."

With only weeks left under the Barney's name, Seidman said he remains steadfast in his decision, though it doesn't mean it's without sadness. "It's a very emotional time to close this chapter of my family's history in the business community in Springfield," he said. "It's a little bit easier because we've made this decision not based on necessity as much as on what we felt was the best road for us to take."