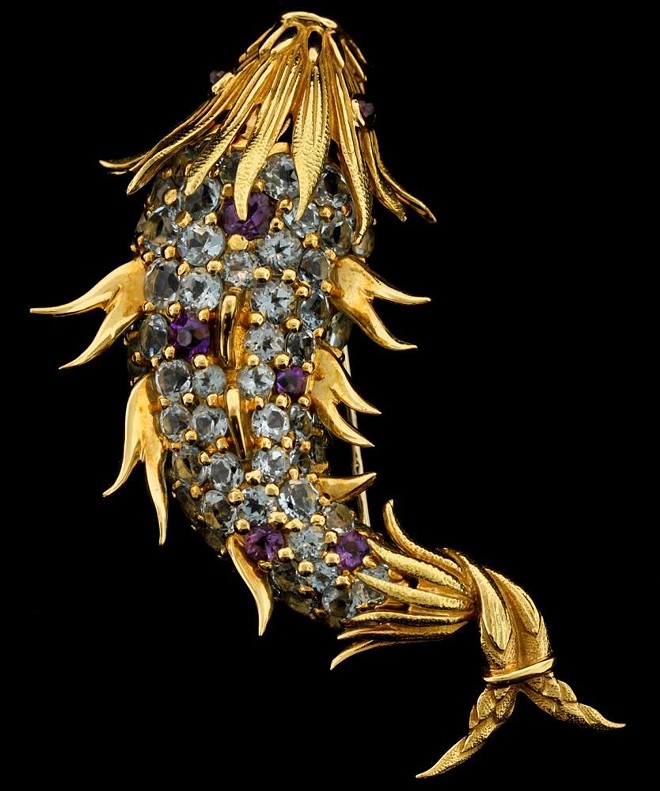 This is the pretty side of decades of extortion, corruption and murder. The former belongings of notorious Boston crime boss James "Whitey" Bulger and his longtime girlfriend, Catherine Greig, are being auctioned off by the U.S. Marshals service, revealing the extravagant lifestyle they lived before being nabbed.

In 2013, Bulger was convicted of 31 counts of racketeering, including 11 murders. The FBI overlooked his crimes for years because he was an informant on a rival gang, a status Bulger used to his advantage to eliminate competition.

The U.S. Marshals seized mounds of valuable jewelry and other belongings from Bulger and Greig, and those valuables will be auctioned off to satisfy the $25 million court judgment to compensate Bulger's victims and their families.

Included in the online auction, which officially begins on June 25, are dozens of rings full of diamonds, high-end, status-symbol watches from the likes of Rolex, Patek Phillipe and Montblanc, and lots of gold coins and loose gems.

There are also several opulent but bizarre pieces like a solid gold bracelet made to look like a construction nail. The point and head of the nail are covered in diamonds. Another piece depicts the Pillsbury Doughboy as a necklace pendant, again covered in diamonds. There's also a diamond-encrusted necklace depicting Jesus with a crown of thorns. Yet another necklace - diamond-encrusted, of course - has a large pendant that says "YUNG BO$$" with the name "Willie" in small letters inside a crown.

More items are to be added closer to the auction's open.

Looking through the auction, one can't help but wonder about the mindset of Bulger and Greig. Their mugshots make them look like someone's dowdy aunt and uncle, yet they surrounded themselves with such outlandish possessions.

The Boston Herald has more details about the sale and some of the items at auction. Check out more items at the auction page.