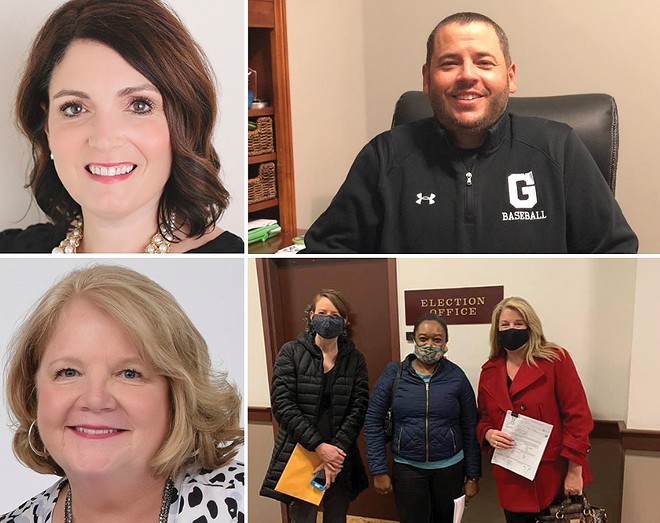 Campaigns for Ball-Chatham's school board are underway. The six candidates gathered virtually March 4 for a forum in advance of the April 6 election. There are four seats up for election.

According to 2020 figures from the Illinois State Board of Education (ISBE), of about 4,750 students in the public school district in Chatham, 77.8% are white, 7.4% are of two or more races, 5.6% are Black, 5.2% are Asian and 4% are Hispanic. Meanwhile, 100% of teachers are white. Much of the forum discussed inclusion and teaching in culturally competent ways.

The “congressional townships” are geographical areas within the school district.

Each township can have a maximum of three members. Voters will choose their top four candidates. That means, of the four candidates who reside in the same area, only three could be seated, according to the Sangamon County Clerk's office. If the top four vote-winners are all from Ball Township, the fourth win would go to the highest vote-getter in one of the other locations – either Calderon or Strahle – in lieu of the person residing in Ball Township to win the fourth-highest amount of votes.

The district invited the candidates to participate in the online forum earlier this month. Candidates were asked for their opinions on a new set of rules approved by a state legislative committee earlier this year, deemed "Culturally Responsive Teaching and Leading Standards." The standards, created by ISBE, would include teaching about systemic oppression and would also change teacher instruction. Opponents of the changes have deemed them too politically liberal. Candidates also discussed the pending Reach Act, which would create a state curriculum to teach about gender, sexuality and sexual education, deemed age-appropriate, throughout K-12. Both are contentious topics in education throughout the state.

Calderon, executive director of the Illinois Public Transportation Association, said there is no place for identity politics – a politicized focus on race, sexuality and gender – in the classroom. Instead, she argued, teachers should allow healthy debate and leave "students to form their own ideologies." Rediger, a veterinarian, voiced her support for the new standards. She said 20 years of standardized testing has failed to address achievement gaps. The new standards are a "way to teach upcoming teachers how to use their students' identity and background as an asset in their learning, as a way of engaging them so that they can learn more and be responsive in class," she said. Rediger said the board plays a crucial role in creating an environment to retain diverse staff and to support students of color.

Brewer, a registered pharmacist and the current school board president, said he supported additional training in cultural competency, but worried this would become an unfunded mandate that could put "boards and administrators in complicated situations," when determining what programs should be prioritized and funded. Both Brewer and Strahle suggested the district could do more to diversify staff. "We can be more inclusive about people's differences, people's experiences and we need to be more understanding," said Strahle, a UIS professor.

Saunders, also a UIS professor, said diversifying the district and filling teacher shortages can be done by building strategic partnerships. "One of those partnerships could be with UIS, which has a teaching program and is zoned into our district," she said. Saunders also said conversations around identity politics should not be led by teachers. Teachers should, however, remember students are coming into the classroom with existing identities, said Saunders. "I am thinking specifically about students who might have LGBTQ+ identities," she said. "Saying that we don't want to discuss this at all is, in my opinion, not thinking about the whole child."

In regards to the new standards, Winters said, "I think we do a pretty good job now. But we can always do better and we can continue to learn what makes a child tick." She also said the district should be careful not to invite identity politics into the classroom. "Right now, because our community and country is so divisive, we cannot share with the students something that they are going to go home and feel like they are wrong because their parents have a different view," said Winters.

Editor's note: This story has been updated to clarify election protocol. An initial version of this story wrongly stated that Laura Calderon was running unopposed. We regret and apologize for the error. You can check the list of candidates and the townships they reside in, here.