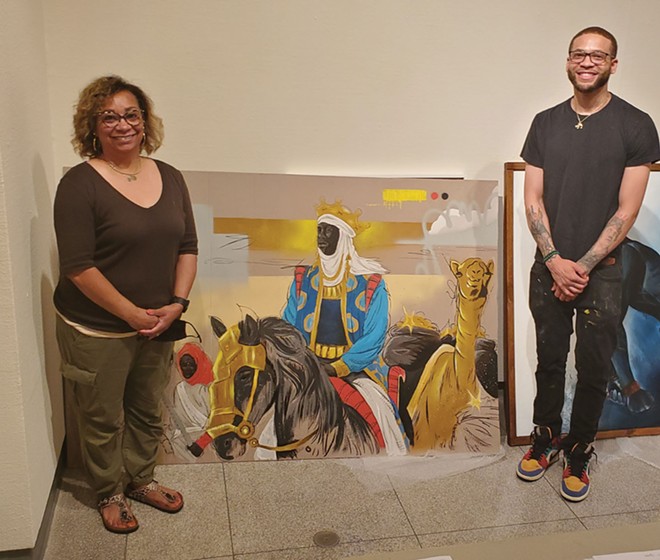 More than 140 years since its founding, the Illinois State Museum in Springfield is featuring its first exhibit by Black curators. In collaboration with Springfield's Juneteenth, Inc., the museum is hosting an exhibit titled "NOIR," the French word for the color black. Korbin "Kas" King, 32, is one of the curators. He said the art show's title is straight to the point, but also multilayered. King said just like there are various shades of the color, there are various perspectives within the Black community that the exhibit represents.

"NOIR" features 33 pieces from 20 artists, including ones who live in Ghana and Texas – the state where some enslaved people learned of their freedom more than two years after the signing of the Emancipation Proclamation. Artists span multiple generations as well as geographic locations, though most are from Illinois.

King specializes in multimedia artwork. His own piece in the show depicts Abraham Lincoln wearing a Black Lives Matter shirt. King said his work merges the new and the old in a way meant to inspire viewers to do their own research and dig deeper into historical narratives.

Michelle "Micki" Smith, 52, is the other curator of the exhibit. She and King are both originally from Springfield, although he now lives in the St. Louis area. Work of hers in the show depicts a young Black boy caped in the American flag and titled, "I Pledge Allegiance."

"I love this country, but those words were probably never intended for us," she said. Smith and King said they hope the show serves as a call to action, including internal contemplation about the way race shapes society. "My only hope is that (viewers) walk away feeling a lot different than when they walked in," said King. He and Smith created a timeline with the artwork that includes past, present and future visions.

Austin Wells is a Springfield native who teaches art at Riverton High School. He is a muralist and has a large painting – about 4 feet by 6 feet – in "NOIR" that depicts Mansa Musa, who ruled over the Mali Empire in western Africa during the 1300s. He is considered one of the wealthiest-ever historical figures. Wells said he wanted to show the concept of Black wealth before the transatlantic slave trade. "A lot of times in history we begin with slavery, and I wanted to leave a message that is about Black culture pre-slavery."

Coinciding with the exhibit is another on the same floor of the museum titled "Ancestral Threads," which features fiber art by Sherise Wright. Wright lived in Chicago and created vibrant works depicting the Black experience in the U.S. with the African American quilting tradition. Wright became interested in quilting as a young child while watching her great-grandmother create. Wright, who died in 2015 at the age of 39, once said, "My overall goal as a fiber artist is to create quilts that resonate with my spirit and soul. My quilts are a diary of my heart and spirit." 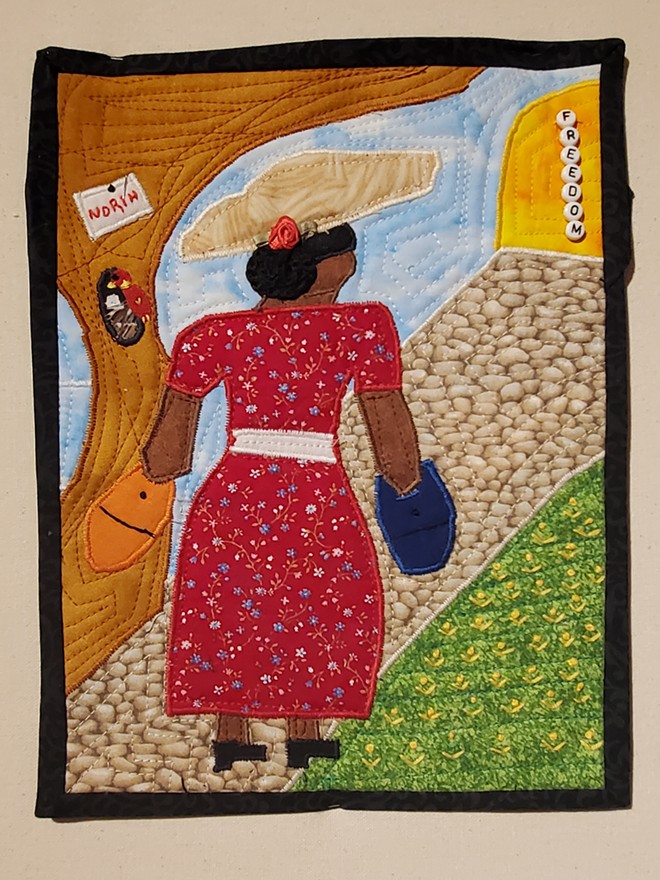 Rachel Otwell
A piece on display at the "Ancestral Threads" exhibition, titled "Heading North in the Springtime," by Sherise Wright.

Vincent "June" Chappelle is a historian with the Illinois State Museum and curated the exhibit. He said he was introduced to Wright's work when a co-worker pulled out a box that "contained all of these amazing, cool pieces that were bold, colorful and Black. And I thought it was the most beautiful thing in the world." Wright was an educator, and her quilted creations include depictions of students in classrooms as well as historical scenes such as the Cotton Club, which operated in New York City during the Jim Crow-era and featured artists like Cab Calloway and Lena Horne.

As of 2019, Cinnamon Catlin-Legutko is director of the Illinois State Museum. "We have to be willing to share power and give power," she said about the institution's approach. "Ideas are welcome. Feedback is welcome." She said she hopes museum visitors "won't forget the significance of Juneteenth and what it means to Black community members in the hometown of the Great Emancipator."

An outdoor exhibition about the history of Juneteenth – co-written by members of Juneteenth, Inc. – will accompany "NOIR." The exhibits are on display through July 6. For more information visit illinoisstatemuseum.org. 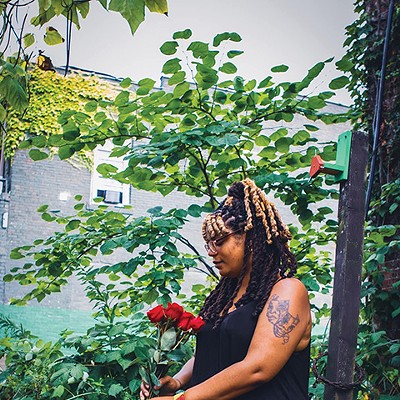