This pear tart is a showstopper

Pears are perhaps one of the most underrated fruits of the fall season. While apples and pumpkin spice may steal all the autumnal fanfare, pears are as delicious as they are versatile and nutritious. Popular varieties of pears available in most markets include Anjou, Bartlett, Comice and Starkkrimson, all varieties that will be tender and juicy when ripe. Varieties that will be more crisp when ripe include Bosc, Sekel, Concorde and Forelle. These crisper type pears will work best for recipes where the pears are to remain intact, such as when roasting alongside a piece of pork tenderloin or to poach in spiced wine.

One of the rare fruits that do not ripen on the tree, pears are harvested when mature but not fully ripened. When stored at room temperature they ripen from the inside out, becoming progressively sweeter and juicier. You can check pears for ripeness by gently pressing your thumb into the stem end of the pear. If there's some give in the fruit's flesh then you know it's ripe and ready to eat. Once pears are ripe they can be transferred to a refrigerator to slow the ripening process and should be eaten within five days.

While a perfectly ripe pear needs no augmentation or accompaniment, it can play a role bringing out the best in other ingredients. Sliced juicy pears are perfect on a cheeseboard or in a salad. Like apples, sliced pears will brown and therefore should be sliced right before serving. If you're looking to prepare pears ahead, perhaps for a potluck salad or meal prep, consider roasting them. Core and slice firm pears and toss lightly with oil and a sprinkle of salt before arranging in a single layer on a parchment-lined baking sheet. Roast in a 425-degree oven for 10-15 minutes until lightly browned and just tender. Roasted pears can be cooled to room temperature and stored in the fridge for three days.

This is an incredible showstopper of a dish and an ideal finish to a leisurely dinner party or holiday fete. The classic flavor combination of pear and almond come together in a dish that is beautiful to behold yet deceptively straightforward to prepare. This recipe is adapted from one featured in Martha Stewart's Pies and Tarts, which remains one of my favorite tomes on the subject.

Note that this recipe does require several hours for the pears to cool in their poaching liquid (this can be done up to five days ahead), so some planning will be required. You can make this recipe using canned pear halves in light syrup, which allows you to skip the poaching step entirely. The finished dish won't have the same nuanced flavors, but it will still be stunning and delicious.

One unbaked 10-inch pie shell, chilled (from one half recipe of basic pie dough, see https://www.illinoistimes.com/springfield/easy-as-pie/Content?oid=11439241)

First, poach the pears. Bring the wine, sugar, lemon juice and zest, and cardamom or cinnamon, to a boil in a large saucepan. While the mixture heats, peel the pears, keeping them whole and the stems intact. Lower the pears into the boiling mixture and lower the temperature to a gentle simmer. Cook for 15-20 minutes, turning the pears in the liquid as necessary to facilitate even cooking. Remove the pears from the poaching liquid when they are tender enough to be easily pierced with a knife and transfer them to a covered heat-proof bowl. Raise the heat on the poaching liquid to a brisk boil and reduce by half. Strain the reduced poaching liquid over the pears, removing the spices and lemon, then cover and let them come to room temperature before refrigerating for at least 4 hours, or preferably overnight.

Preheat the oven to 425 degrees while you make the frangipane. Cream the butter and sugar together in the bowl of a mixer or food processor until fluffy and pale. Add the egg, ground almonds, rum or brandy, almond extract and flour and beat until smooth. Using a spatula, spread the thick mixture over the chilled tart shell. Place the filled tart in the fridge while you prepare the pears.

Remove the pears from their poaching liquid and cut each in half lengthwise (reserve the poaching liquid). Remove the core and stem, then place cut side down and slice the pears into thin slices. Arrange the sliced pear halves decoratively over the frangipane. Transfer the tart to the preheated oven and bake for 45 minutes, until the crust is lightly browned and the frangipane is puffled and golden. While the crust bakes, transfer ½ cup of the poaching liquid to a small saucepan and reduce by half to a syrupy consistency. Brush this glaze over the top of the pears while the tart is still hot from the oven, then cool to room temperature before serving. 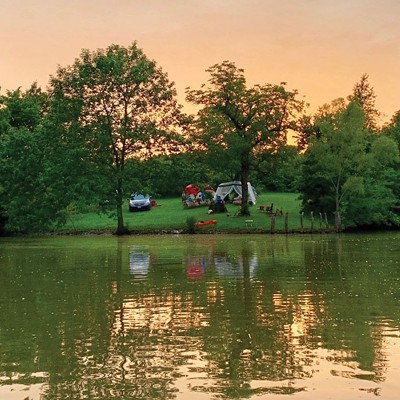 Baking with Bundt, an American classic