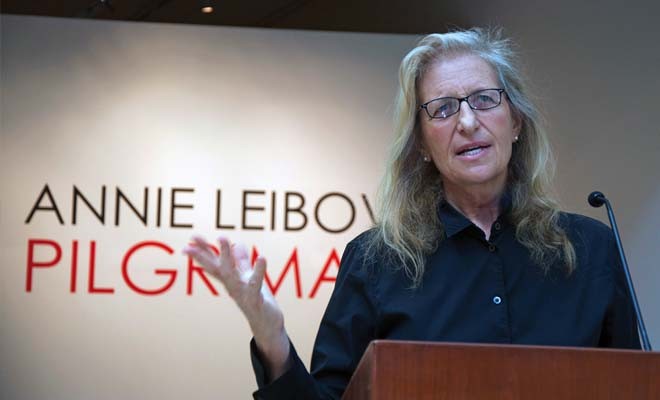 Known as a photographer of celebrities for Rolling Stone and Vanity Fair magazines during her 40-year career, Leibovitz decided to do a personal project several years ago after significant financial problems and a devastating personal loss.

“I wanted to photograph places, not people,” Leibovitz said. She concentrated on historical and literary giants, such as Emily Dickinson, Ansel Adams and John Muir, among others, and landscapes such as Yellowstone National Park and Walden Pond. This work is much subtler than her flashy, carefully composed commercial work.

Included in this group are photos of singer Marian Anderson’s dress from the Smithsonian Museum collection, artist Georgia O’Keeffe’s box of pastels, and specimens from Charles Darwin’s collection of animal species.

Early on in her pilgrimage, Leibovitz took her three children to Niagara Falls. Something about watching her children being entranced by the gigantic waterfalls spoke to her, and so she began to think about other places and people that have meant something to her over the years.

She spent several years on the road, usually alone, from 2009 through 2011 in search of iconic photos. She photographed poet Emily Dickinson’s only surviving dress and Elvis’ Harley-Davidson motorcycle at Graceland. She also went abroad to photograph the interior of Virginia Woolf’s home, as well as the iconic couch of Sigmund Freud.
click to enlarge 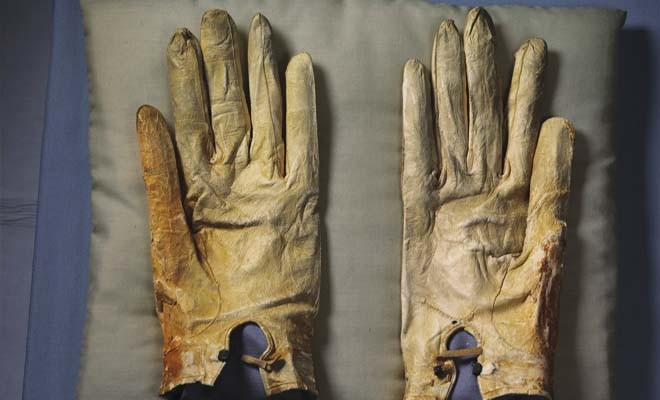 
Leibovitz was in Springfield in January 2011 to photograph Lincoln artifacts and photographed Lincoln’s blood-stained gloves from the day he died, in the Presidential Library’s Lincoln Collection. Though she loved the museum’s top hat because his fingerprints are pressed into the brim, she chose for this exhibit her photo of another Lincoln top hat – the one he wore the night he was assassinated, from the Smithsonian Museum of American History.

“A long time ago I wanted to be a landscape photographer,” she said. “This project is my coming to terms with that.”

“Pilgrimage” runs through the end of August, and admission to the Presidential Museum provides entry to the exhibit. The photos are presented in white frames in related groupings.

The book Pilgrimage, published in 2011, accompanies the show.  Noted historian Doris Kearns Goodwin wrote the text, and signed copies are available for $50 at the Abraham Lincoln Presidential Museum.

Leibovitz lives in New York City with her three children.

Ginny Lee is a Springfield photographer and IT contributor. Contact her at ginnylee2011@gmail.com.