We had some swagger. We have little swagger left. 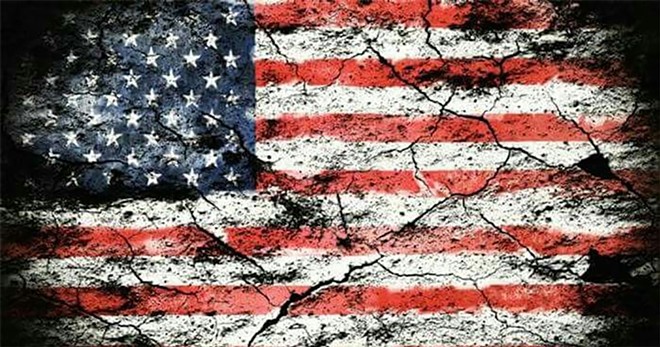 America has lost its way, or so I worry. Can we get back on track?

What do we mean by The American Way? Each of us might define it differently, though I think there are some common threads. In 1937, social commentator William Herberg gave it a shot in a lengthy paragraph, from which I extract here some key words: self-reliant, striving, success, humanitarian, idealistic, stewardship, character.

America helped save the globe during World War II, with our sacrifice and materiel. When I grew up post-WWII, America was on top. The rest of the developed world was prostrate from war devastation. We had some swagger. We were positive and generous. It was a great time to grow up. I thought of America as perfect, though we weren't. After all, Blacks were still being casually lynched in the South, and until recently, Congress hadn't been able to pass a simple anti-lynching law.

Since my childhood, other nations have been catching up with us, as would be expected of energetic, well-educated, emerging nations. We also lost some of the kick in our step with our failure in Vietnam.

In the 1970-80s, we allowed our manufacturing base to be hollowed out. And we can't seem to climb up from mediocrity in educational achievement. This may not have been important when I was a kid, but it is now. Our university and government-sponsored research have been top drawer, yet China is investing much more in their rapidly developing research centers and universities than are we. They know where the future lies.

Nor can we seem to resolve our "us v. them" squabbles among whites, blacks and browns; elites v. rural folks, and regarding gender roles.

Luxury has a corrosive effect on the spirit, I would contend, possibly weakening our resilience as a people. On my three visits to China as a visiting professor over the past 15 years, I found that the Chinese are not that impressed with us, maybe agreeing with their supreme leader Xi Jinping that Americans have become soft.

Then we have the mind-bending, unsettling, warp speed rate of change in our world, with digital devices pushing the human aside, or threatening to do so. And, of course, the pandemic. And now, medieval bestiality in Ukraine, which I had hoped, naively, we had evolved away from in the 21st century.

Many of my senior generation appear to have given up, taking their still-fertile brains to Florida and the links. The political class on the left appears to think the way out of our plight, if such we be in, is to shower us with government money. On the right, the objective appears to be to protect the incredible wealth being scooped up by a tiny fraction of us.

From what I see among my former university students, our well-educated young are buoyant with energy and optimism, which is great. At 81, I think my generation, with its immense aggregate wealth, needs to do a better job of supporting my former students, and our grandchildren.

I have cynically mused that the U.S. could use a "good little war" to unite us in behalf of a renewal, an awakening. We have such a little war in progress in the Ukraine, plus an economic war with China. In the Middle Ages, war was economic development; today economic development is "war." This can be seen by China's efforts to extend its sphere of dominant influence, from Southeast Asia to Africa.

Yet most Americans are so consumed with our pursuit of material stuff that we are blithely ignorant of what is transpiring in the world beyond our border.

If anything, The American Way has been about success, achievement, stability, example. These are the really big issues that aspiring national leaders should be trumpeting to the American public. Yet, I fear many so-called leaders fear such declarations would fail to capture voter imagination and spirit, and so they tap into voter fears and anger. One of the downsides of democracy is that, to stay in office, leaders often become followers.

I smile when I see the bumper stickers: "Ask me how much I love my grandkids!" How much, indeed? Enough to provide them a stable nation and world? If we can do that, we will have reclaimed The American Way.

Jim Nowlan is a former professor, politician, government executive and newspaper publisher. His recent gigs have been as a senior fellow at the University of Illinois Institute of Government and Public Affairs, and as a foreign expert (visiting professor) at Fudan University in Shanghai. He lives in Princeton, Illinois.

Rich Miller is on vacation.

Why Illinois social services are in disarray