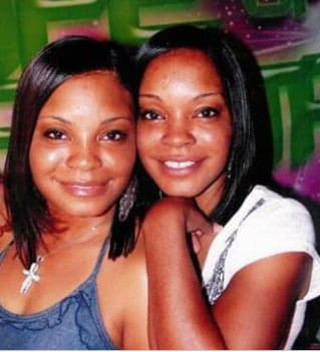 Danyel Pitts never had biological children, but plenty of people called her Mom. From her stepchildren to nieces and nephews to the high school girls she coached in track, many young people relied on Momma Dee for guidance, advice and unconditional love.

Danyel grew up in Springfield with her twin sister, Joyel. Danyel was older by only five minutes, but throughout their lives she fulfilled the role of older sister and looked after Joy.

In college, she cooked for friends in the dorm and was known for taking care of others. "She had a more nurturing relationship even with friends her own age," said Tiffany Williams, who met Danyel their freshman year when they both attended Eastern Illinois University on a track scholarship. "She was always somebody you could trust."

Danyel and Williams quickly became close, and Williams admired Danyel's positive spirit, which stayed consistent whether they won or lost a meet. The two friends joined Sigma Gamma Rho their sophomore year. "The 10 of us who joined at the same time have been close for almost 25 years now," said Williams. "Danyel was always there for milestone moments – we were in each other's weddings, vacationed together, celebrated birthdays."

After college, Danyel moved to North Carolina, returning to Springfield in 2010 when her first marriage ended. She and Joy were invited to a cookout on their birthday and it was there she met Calvin Pitts, who was also recently divorced. They hit it off, and the following week, Calvin called and invited her out to dinner. Their second date was Danyel's idea.

As Calvin recalls, "She called me up and said, 'Are you watching the game? I'll come over and watch it with you.' I said, 'Sure,' but I was actually with some other people; I had to hang up and find out what game she was talking about." Danyel came over and they watched the game together in the garage. "I don't remember what game it was. I don't think I watched it very much," said Calvin.

A short time later, Danyel told Calvin that she was not interested in getting involved in another relationship unless it was with a man who put God first in his life. "Tears filled my eyes when she said that," said Calvin. "I had just gotten out of a bad relationship too, and I felt the same way about finding someone who put God first."

By 2013, the couple had plans to be married. Calvin's mother died in April of that year and Danyel's mother was diagnosed with cancer the same month. Realizing how quickly life could change, the couple decided to move up their wedding date. Following a marriage ceremony in their pastor's office on May 15, they later had a formal wedding at Abundant Faith Christian Center on Oct. 5.

Around that time, the couple began to look into a new program in the Enos Park neighborhood that allowed urban pioneers to purchase distressed houses at nominal cost, on the condition that the houses were renovated and owner-occupied. Given Calvin's professional background and experience running a construction training program, it seemed like a natural fit, and he decided to renovate a house as a wedding present for Danyel. Renovations on the house on North Fifth Street were completed shortly before the couple's second wedding ceremony, and both Calvin and Danyel became active in the Enos Park Neighborhood Improvement Association.

Then in February 2017, Danyel noticed a lump in her left breast. She had gotten a good report at her annual mammogram just two months earlier, but decided to get it checked out. Genetic testing showed she was carrying the BRCA2 gene, resulting in a type of breast cancer known as triple-negative, a rare but aggressive form of cancer.

Danyel was 41 years old at the time of her diagnosis, a lifelong athlete with no known health issues or risk factors for cancer. Instead of asking "Why me?" Danyel sent this message to her friends to share the news of her diagnosis: "My results came back cancer. I meet with my surgeon Friday for consultation. I thank God in advance and give Him all the glory as He heals my body! Besides, he's bigger than the universe or any problem we face."

She had a double mastectomy, then began chemotherapy. Her mother died, with Danyel serving as the primary caretaker during the final months of her life. Her beloved dog, Diamond, had to be put down. She had reconstructive breast surgery, then a hysterectomy.

Through it all, Danyel kept smiling. Jerry Doss, pastor of Abundant Faith Christian Center, said Danyel "impacted and influenced me in a powerful way. If I was having a challenging day, I would think about her. If she could give God praise and have an amazing attitude with her situation, certainly my little problems were small in comparison."

At the end of 2017, Danyel got the news she had been hoping to hear. The doctors said she was cancer-free. The relief was short-lived. In January 2018, she was told the cancer had returned and more surgeries, chemotherapy and radiation followed over the next two years as the cancer spread throughout her body.

Despite the disappointing news, Danyel was not dismayed. She said, "I am so blessed to have a relationship with God. No matter what is going on in my life, joy will remain in my heart! Nothing will or can take my joy away. There are days I feel like I'm pushing a mountain, but I just keep pushing on!"

When she had a break between treatments, she and Calvin traveled the country visiting family and friends, then took a dream trip to Hawaii just a few months before she died. She continued to volunteer as a track coach at Southeast High School and with her church and other organizations that were meaningful to her. She spoke at events to raise awareness of breast cancer and helped fundraise for other cancer patients.

"When she was going through different treatments, we knew we were fighting a battle," said Calvin. "But we didn't lose anything. It didn't cause us not to go on vacation, not dance, sing or laugh."

Even during the three years that her physical strength was failing, Danyel remained as vibrant as ever. Watching her die taught a lot of people what it means to really be alive.

Indeed, Danyel told her family and friends she was not afraid to die. On Jan. 22, she transitioned to her eternal home. Her twin sister, Joy, followed on April 3 – some say she died of a broken heart.

Danyel is most remembered for her kindness to others, and Calvin said one of her favorite sayings was, "Be kind."

Michelle Ownbey lives in the Enos Park neighborhood and was one of many people whose life was changed by getting to know Danyel. 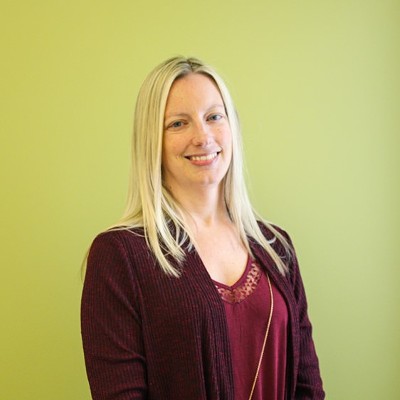 Michelle Ownbey is the publisher of Illinois Times and Springfield Business Journal.
More 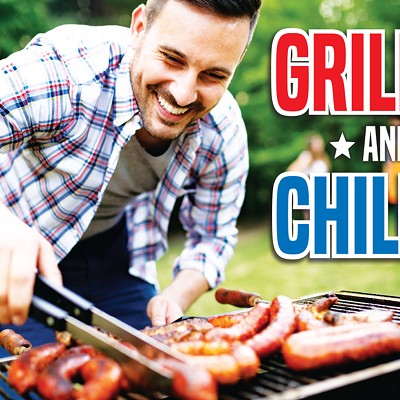 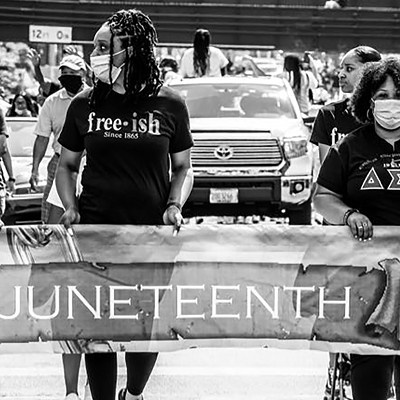 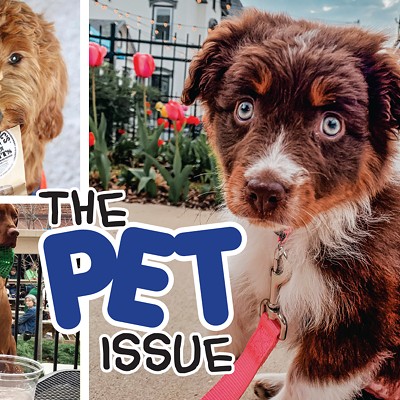