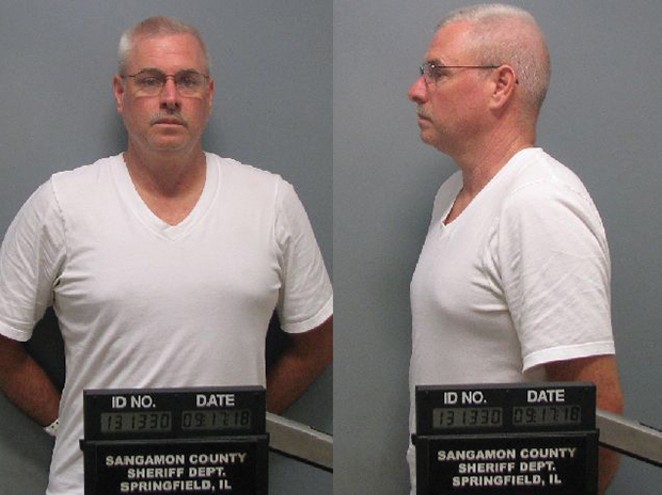 Officials at Logan Correctional Center in Lincoln have ignored sexual misconduct involving guards and other employees, according to three lawsuits filed since last November.

Two of the lawsuits, including one filed this week, are buttressed by criminal charges filed against accused employees. Furthermore, in an apparently unrelated case, Jeffrey Dozier, a prison employee assigned to food services at Logan, was arrested Monday on suspicion of custodial sexual misconduct, according to a report aired Tuesday by WAND television. Sangamon County jail records confirm that Dozier, 54, was arrested on a warrant by Springfield police. The warrant was issued in Logan County, where the women’s prison is located. Jonathan Wright, Logan County state’s attorney, could not be reached for comment.

In the lawsuit filed Monday, a former inmate identified as Jane Doe says that she was sexually assaulted last year by Milo Ziemer, a prison electrician who was charged in December with five counts of custodial sexual misconduct.

Ziemer has pleaded not guilty. His employment status isn’t clear. He last received a state paycheck in March, according to the comptroller’s office. Corrections officials did not immediately respond to questions.

Two of the criminal charges pending against Ziemer, 63, stem from alleged sexual assaults against the plaintiff described in the lawsuit filed Monday in U.S. District Court in Springfield, according to the lawsuit and Louis Meyer, the woman’s attorney. Meyer says he doesn’t believe the other woman allegedly victimized by Ziemer has sued.

Under the law, inmates are incapable of consenting to sex with prison employees. Another former inmate, also identified as Jane Doe, sued in August, claiming that Richard Macleod, a Logan counselor, forced her to have sexual relations in 2016 and 2017.  No criminal charges have been filed against Macleod in Logan County.

Last November, Jacqueline Farris, who is now on work release, sued, claiming that she was raped in a laundry room at Logan by Erik Kohlrus, a guard who was charged with two counts of custodial sexual misconduct in May, six months after Farris sued. Kohlrus, 37, last received a state paycheck on Aug. 26, according to the comptroller’s office. Farris says that several other guards witnessed the assault, which occurred in 2015.

“Her rape occurred under the noses of several correctional staff who saw the sexual assault and did nothing,” attorneys for Farris wrote in her lawsuit. “In fact, there is a widespread practice at Logan Correctional Center of failing to intervene to prevent sexual assaults and sexual harassment against prisoners at Logan, a practice which emboldened plaintiff’s rapist.”

“Some of the maintenance department employees would routinely bring contraband into Logan in exchange for sexual acts from inmates,” attorneys wrote in the lawsuit filed Monday. “These allegations were well known to inmates and staff at Logan, yet nothing was done for months, if not years.”

The woman who sued this week says that Ziemer forced her to perform oral sex on him in a bathroom and also harassed and fondled her. She also says that Ziemer once held a birthday party for her, complete with cake, balloons and hair straightener for a gift, all of which are contraband. Meyer, the woman’s attorney, said that someone should have noticed such items being brought into the prison.

“Milo was bringing gifts and contraband in to entice them – it wasn’t just this particular worker,” Meyer says.

“They get punished, even though it’s not their own behavior,” said Meyer, who in 2016 won a $1.5 million verdict for Ashley Robinson, who said that she was raped by Timothy Ware, a guard, at Decatur Correctional Center. Ware never was charged with a crime.

The state is not named as a defendant in the two most recent lawsuits, which name prison employees, including the warden and internal affairs investigators, as defendants who knew or should have known that inmates were being sexually assaulted. In addition to employees, Farris has sued the Illinois Department of Corrections.

Alan Mills, director of Uptown People’s Law Center in Chicago, says that charges filed against three prison employees in less than a year for sexual contact with inmates is “extraordinarily unusual.”

The number of criminal charges suggests either an increase in sexual assaults or an increased willingness to take allegations seriously, said Mills, whose organization litigates on behalf of inmates, including the woman who sued in August. Mills speculated that it’s the latter.

“I’m glad to see the department is taking it seriously,” he said.