This is a past event.

A Year in the Life of Chris Britt

The James S. Murray Gallery at Lincoln Land Community College will host the exhibit “A Year in the Life of Chris Britt” from Jan. 13-Feb. 14. The public is invited to view the exhibit, which features Britt’s editorial cartoons, weekdays from 8 a.m. to 4 p.m. The gallery is located on the upper level of Menard Hall on the LLCC Springfield campus, 5250 Shepherd Road.

The exhibit features a selection of cartoons, which draw attention to some of the key events and issues in the recent past. They showcase Britt's powerful and thought-provoking navigation through the landscape of American politics.

Britt has been challenging and entertaining readers with his editorial cartoons since 1991. His award-winning work offers commentary on national and international events. His work runs weekly in the Illinois Times, and he has worked as a cartoonist at The State Journal-Register, The Seattle Times, the Sacramento Union, the Houston Post and The News Tribune of Tacoma, Wash. Britt won first place for editorial cartooning from the Washington Press Association in 1995, the National Press Foundation's Berryman Award as editorial cartoonist of the year in 1994 and the Sigma Delta Chi Award for editorial cartooning from the Society of Professional Journalists in 2009. His cartoons have been published in Newsweek, Newsweek Japan, Time Magazine, U.S. News and World Report, The New York Times, The Washington Post and USA Today. They have also been aired on CNN’s Inside Politics, MSNBC, Fox News and ABC’s Good Morning America.

Learn more about LLCC’s James S. Murray Gallery and its exhibits at www.llcc.edu/james-s-murray-gallery. 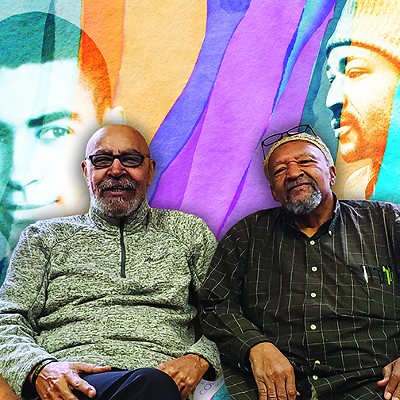