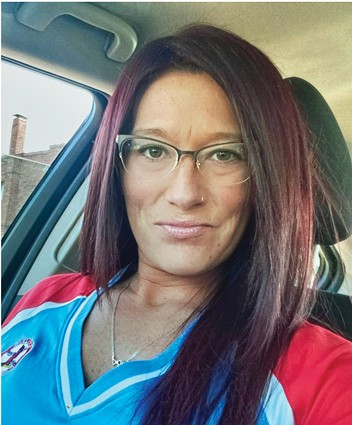 PHOTO COURTESY ROBERTA HOFFSTADT HAHN
Bobbi Brittany Graves, a 36-year-old nurse, died in January of a drug overdose. Her mother wanted Graves’ boyfriend, who admitted to taking drugs with her the day she died, charged with drug-induced homicide.

The family of a Springfield woman wants Loren Letz dead or serving a long prison term after the overdose-related death of Bobbi Brittany Graves in January.

But Letz, 40, who admitted to concealing Graves' body in a Springfield hotel room and then stealing $1,500 from the 36-year-old's bank account, could be released in about a year after being sentenced Aug. 4.

That's because Letz, of Springfield, never was charged with murder or any other homicide, despite the wishes of Graves' family. Authorities said there just wasn't enough evidence to do so.

"He deserves the death sentence," Graves' mother, Roberta Hoffstadt Hahn, 61, testified during the sentencing hearing. "He hid her body for days trying to cover up his crime. ... Murder is what it is. ... Loren continues with no remorse – not a tear, not a sad look on his face."

Sangamon County Circuit Judge Ryan Cadagin sentenced Letz to three years in prison based on his guilty plea June 21 for concealment of a non-homicidal death and theft of property valued at more than $500.

Prosecutors agreed to drop a related felony charge of unlawful possession of a stolen car.

Letz will be given credit for 175 days served in jail since his arrest, and half of his total sentence could be reduced for good behavior. After that, he will be on supervised release for up to one year.

Letz exhibited no emotion during the sentencing and didn't acknowledge Graves' family in the courtroom audience except to offer a brief apology to her relatives with his back toward them.

"I made some decisions I probably shouldn't have made that day, and I'm taking responsibility," Letz said.

His attorneys, Victoria Kerr and Michael Harmon, asked that Letz not be imprisoned and be sentenced to probation, instead.

After the sentencing hearing, Harmon said Cadagin handed down a "just sentence."

Assistant State's Attorney Brian Shaw proposed a seven-year prison term for Letz, who had nine prior felony convictions in Sangamon and Mason counties. The crimes ranged from burglary, forgery, unlawful possession of a credit/debit card and escape from a penal institution to possession of a controlled substance.

Because of Letz's criminal record, he was eligible for an extended term of two to 10 years in prison.

When asked to comment on the Aug. 4 sentence, State's Attorney Dan Wright said in a written statement: "This was a very difficult case for all involved. While the defendant's plea of guilty and sentence to prison brings the case to a close, we empathize with the family who has endured significant trauma as a result of these tragic circumstances."

Circumstances surrounding Graves' death were first described in an Illinois Times story May 12.

However, Hahn testified she believes Letz injected Graves with drugs as part of a plan to kill his off-and-on girlfriend after learning she was pregnant with another man's baby. Hahn said her theory was backed up by text messages from Letz to her daughter.

Letz, however, said during the sentencing hearing that he believes he was the baby's father.

Graves was four months pregnant when she died. Paternity for the fetus wasn't established, though a DNA sample was taken and stored in case a test is ever requested, Allmon said.

Hahn, a Springfield resident, declined comment after the sentencing.

She has criticized the police, the county coroner, the state's attorney's office and the news media in their handling and portrayal of her daughter's case.

Hahn previously told IT that her daughter struggled with drug addiction since she was in her 20s and declined inpatient treatment but was under the care of a doctor and receiving the anti-addiction drug Suboxone in the months before her death.

Graves' body was found by cleaning workers Jan. 21 in a room at the Ramada by Wyndham Springfield North, 3281 Northfield Drive. She was the single mother of three children, ages 5 through 20. She didn't have custody of her children at the time of her death.

Housekeepers found Graves' body lying face-down in bed, covered by a thick white blanket, according to police. Police found the thermostat for the room set at 67 degrees, and they found an oscillating fan plugged in with white tissue paper in it that smelled of perfume.

Hahn testified she believed Letz "turned the air conditioner as high as it would go to hide the smell of her body."

Letz paid cash to extend the stay Jan. 19 and 20 and tried to reserve the room one more day before being told it had been booked by someone else, police said.

Authorities believe Letz spent most of his time in the room during the stay, while making some trips around the community with Graves' car and while using Graves' debit/credit card, before he left the hotel for good about noon Jan. 21.

Letz told police he and Graves both used drugs inside the room. He said he left the hotel and didn't inform anyone about Graves' death because he was "out of his mind and grieving."

Shaw told the judge that Graves' death was "an absolute tragedy" but that authorities don't know what exactly happened in the hotel room Jan. 18 and 19.

"The defendant had a very bad, drug-fueled relationship with the victim," Shaw said.

Testimony from Springfield police detective Brian Harhausen indicated Letz was inside the Qik-n-Ez at 2800 N. Peoria Road the morning of Jan. 21, before he checked out of the hotel, and made $62 in purchases with Graves' credit card.

Based on video surveillance footage inside the store, Letz appeared to be celebrating in front of a gambling machine while Graves was dead inside the hotel room, Shaw said.

Kerr responded that no one has proven when Letz knew Graves was dead. And Kerr said Letz shouldn't be condemned for failing to grieve in the way prosecutors think he should.

Graves' son, Jayden Graves, 20, testified that Letz talked with him by phone on Jan. 21. Letz said he hadn't seen Graves for several days and didn't know her whereabouts, according to Jayden Graves.

He said Letz is a "sick, evil-minded parasite."