A penny here, a penny there…

Will a monumental Lincoln penny bring in tourist dollars? 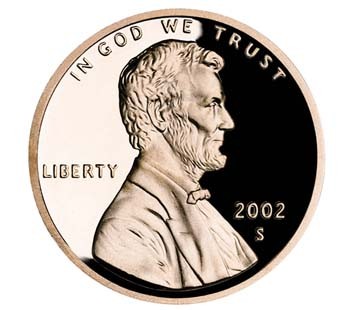 I read with dismay – I always read with dismay, like some people always sleep with their cat – that the president would like the federal government to stop minting pennies. They can buy virtually nothing and cost more than twice their value to make, indeed are worth so little than even freelance writers don’t bother to pick one up off the sidewalk.

Which brings us, as so many stories seem to these days, to Abraham Lincoln. The U.S. penny now in use is the familiar Lincoln penny. The coin, with a profile of the president on the obverse and (usually these days) an image of the Lincoln Memorial on the reverse, was first issued in 1909 to mark the centennial of his birth. Only Cher has been in circulation longer than that.

I’ve never thought that Victor David Brenner’s portrait of Lincoln looked much like him. Nor do I understand why the original reverse (minted through 1958) had a wheat motif rather than corn, although it probably had something to do with the then chairman of the Commerce Committee being a Kansan or something. In the penny’s case, however, familiarity has bred affection for it as an object even while it has become a nuisance as a coin.

The Lincoln penny thus deserves a monument before it is tossed beneath the sofa cushions forever. Happily, Springfield’s David Farrell has already come up with the perfect idea – an outsized exact replica of a Lincoln penny mounted on a plinth on Capitol Avenue. Farrell is convinced that the doodad would attract tourists the way Lincoln statues attract pigeons, as it would be a landmark for foot-bound visitors and a stage set for picture-taking.

I agree, mostly. I’m not sure, as David has said in several interviews, that his coin would “say ‘Springfield.’” To me, the state parking lot at Fifth and Capitol, where he has proposed installing it, says “Springfield” as eloquently as the Empire State Building says “New York.”

For all that, Farrell’s Lincoln Penny is inspired. A sizeable fraction of the American touring public does not go to places like Springfield to learn either about history or to experience ersatz versions of the mid-19th century. They go to Springfield for the same reasons most tourists go any place – to take pictures of themselves being someplace that is Someplace.

Farrell had a further insight. Achieving this sort of external validation requires that the something that conveys this precious sense of Someplaceness must be of a size that permits it and all the posers to be squeezed into the same photographic frame and still be recognizable. He calculated that this something ought to be about 10 or 12 feet tall. You know – about the size of Mike Madigan as seen from the Republican side of the House.

The point here is not mere monumentality. There’s a bigger “penny” in Woodruff, Wis., but it is a pathetic imitation of the real thing. Farrell wants a proper Lincoln penny, even if it would be one that will never find its ways into a bowl beside a cash register. It ought to be do-able. A world-class imitation penny should pose no challenges to a town that has mastered the arts of making imitation Lincolns, imitation courthouses and imitation school boards.

As noted, Farrell suggested that the Penny be installed on Capitol at Fifth. The southwest corner would be ideal in terms of photographic backdrops and access, and what more fitting place for a new Lincoln Penny than the site of the old Lincoln Hotel?

The idea was poo-poohed by local tourism officials when Farrell first aired it in 2003, a rejection that has left him understandably peeved. “Springfield’s bipolar regard for Lincoln leaves little tolerance for respectful whimsy, memorable commercialism or international attractiveness,” he told me recently. That did not stop them from applying their version of it by festooning the sidewalks and parks around the square with big-as-life bronze statues of Lincoln and others. Because of their color and sheen they remind me of the mummified remains of Iron Age villagers unearthed from the bottoms of Swiss lakes I’ve seen on the Science Channel. Merely creepy enough during the day, on dark nights these figures become a menace, at least to beery writers walking home.

A bright new penny would be much nicer. I estimate that a monumental Lincoln Penny 10 feet in diameter and two inches thick made of the same stuff as today’s actual coins would require the equivalent of 764,000 pennies worth of material to cast it. That would make the monument worth northwards of $18,000. The biggest security problem will be keeping the General Assembly from making off with it – or is there a law that says you can’t pay the state’s bills with pennies?

Fundraising ought to be the easy part. Just ask Springfield to empty its spare change jars and look under its car seats. I think I have enough to cover the costs of a nostril all by myself. 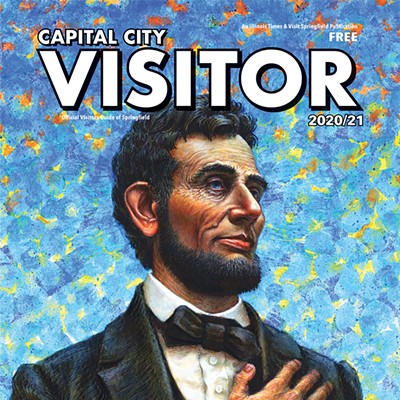