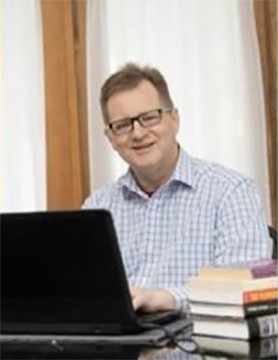 Who would sacrifice a job they loved to reveal a wrong committed against a child?

Very few would. In fact, in my 35 years in journalism, I've met only one such person. Just one.

In our society we talk a good game about how much we treasure children. But it's a lie. Kids are violated and large institutions sweep it under the rug every day. As a reporter, I have seen it happen over and over.

The sexual violation of a child is the most horrific act imaginable. I should know. I was violated when I was just 12 years old. It is a pain that has hung over me for decades.

I have written about teachers, cops, coaches, pastors, scout leaders, tutors and others who have sexually abused youngsters.

And time after time, powerful institutions worked hard to cover up the crimes.

But Michael Leathers was a good man who did something. The Chatham resident died Aug. 3 at age 61 of a heart attack.

He spent 20 years as a public relations person at Memorial Health. And he did a good job there. But his first love was newspapers.

Leathers worked as a reporter for the Alton Telegraph, then by 2002, he was the editor of Illinois Baptist, a newspaper covering Southern Baptist congregations across the Land of Lincoln.

When he learned that a pastor, Leslie Mason, was criminally charged with sexually abusing girls in the southern Illinois town of Olney, he reported it. One of the girls apparently was only 13 years old.

Instead of receiving praise for informing Baptists about a potential predator in their midst, he found himself in a room with a lawyer and his boss, Glenn Akins, who then ran the Illinois Baptist State Association. They wanted him gone.

I wish I could say I found this response surprising. But those in power often find comfortable ignorance preferable to hard truth.

My response is always the same: If newspapers don't hold those in power accountable, who will?

Leathers understood this as well.

I learned of his courageous stand in 2019 when newspapers in Houston and San Antonio published a damning exposé of how Southern Baptist churches had repeatedly covered up pastors who abused children. Leathers' story was included. Next, the New York Times wrote about what a brave man he was.

And a couple of days later, I found myself having lunch with Leathers and interviewing him for this column.

According to Leathers, Akins offered a peculiar complaint about the story: That writing about one pastor who committed sex crimes was unfair because that "ignores many others who have done the same thing."

Forrest Gump could have come up with a smarter excuse. By the way, I reached out to Akins on Aug. 8 – he didn't get back to me.

But sitting across from Leathers, I sensed heartbreak — 17 years after he lost his job. He not only lost his career in newspapers but no longer felt comfortable in church.

I invited him to join a Bible study I'm a part of, but he shook his head and said, "It wouldn't be like the Southern Baptists – that was special."

Michael's widow, Tammy, said he came to forgive those who fired him and he continued to love Jesus.

"People would ask how his faith had remained so strong after all that had happened to him. And he would say, 'I put my faith in God, not in men,'" she said.

In case you're inclined to mark his dismissal as some sort of misunderstanding, it wasn't. Leathers knew his boss didn't want the story to appear in the newspaper. But he said when he was hired, he was assured of editorial autonomy. So, he published the story anyway.

Southern Baptist leaders are hardly unique in how they responded to predators in their midst.

"I think there is a tendency for people in leadership to want to protect the institution by covering things up," Leathers told me. "The interesting thing is that when I wrote the story, I got plenty of positive feedback from laypeople in various congregations. They get it. It was people in positions of authority who had problems with me writing the story."

Mason, the pastor Leathers wrote about, was sentenced to seven years in prison. Upon being released from prison, he began working as a pastor again.

Akins, the boss who gave Leathers the boot, is now assistant executive director of the Baptist General Association of Virginia.

As for Leathers, a memorial service was scheduled for him at a Chatham reception hall on Aug. 10. No pastor was slated to speak.