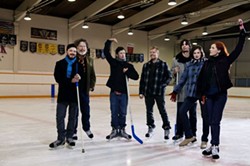 The living rebuke to any Beatles-era baby boomers fond of lamenting the lack of melody and harmony in today’s pop music -- namely The New Pornographers -- will be playing at the Canopy Club in Urbana tonight, and I for one could not be more thrilled to have tickets.

The Canada-based indie rock combo is grounded in the More-Hooks-Than-A-Live-Bait-Shop songwriting of bandleader A.C. Newman -- but his tricky, addictive tunes are just the beginning of the treasures this band offers up. In the tradition of classic pop groups such as the aforementioned Fab Four, The Kinks and XTC, The New Pornographers boast a secret weapon, a “second string” songwriter who only comes up with two or three tracks per album – but those tracks are often the best things on there. Dan Bejar (legendary in his own right as the leader of art-rockers Destroyer) is the NP’s equivalent of George Harrison, Dave Davies or Colin Moulding, and he never fails to deliver amazing, eccentric songs that almost act as ornate frames surrounding Newman’s sumptuous canvases. Bejar rarely tours with the band, though, and won’t be there in Urbana.

However, The New Pornographers do have another, not-so-secret weapon in their arsenal, and she will definitely be at the Canopy tonight. Neko Case has been breaking hearts and blowing minds as a solo artist since 1997 in a career that was at first entrenched in the “alt country” ghetto but has recently taken a more baroque, personal direction on the CD’s Fox Confessor Brings The Flood and the Grammy-nominated Middle Cyclone. Case’s soaring, full-throated voice is truly a force of nature (think Patsy Cline with the intensity of Diamanda Galás) and within the confines of The New Pornographers, her harmonies combine with those of Newman, Bejar and keyboardist Kathryn Calder -- also a great solo talent in her own right -- to put icing on the band’s already delicious pastries. Elsewhere, Case’s occasional lead vocals hit the listener in the gut with a joyful vengeance.

I know it’s unbecoming for a critic to gush with so many superlatives and overwrought metaphors (Paintings? Pastries? Come on, man). But when it comes to this band, it seems that my critical faculties are effectively neutralized. Like I said, I couldn’t be more thrilled to have tickets.

And here are a couple of videos: 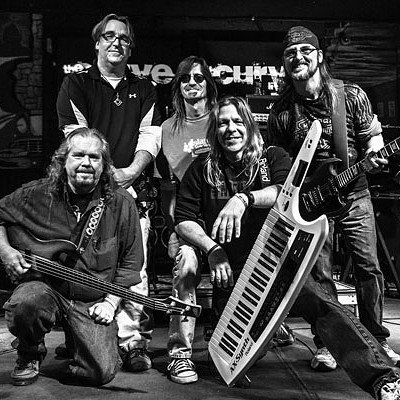 Torch Tuesday is on fire in the new year