Ending spoils Get Away, Delia's Gone an engaging mystery 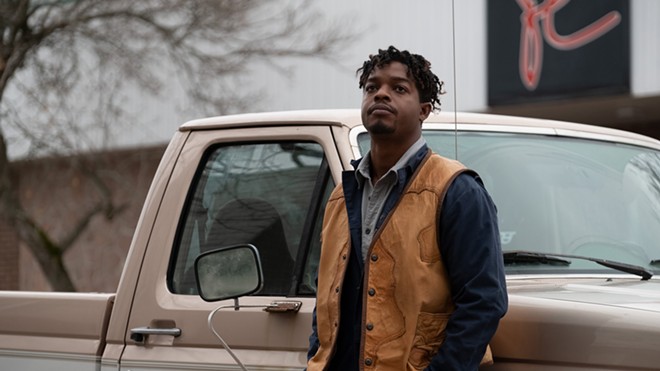 Awkward ending mars Get Away
While Howard Hawks' Red River is considered a classic, there has been debate since its release concerning its ending and if it really works. It smacks me as a bit too convenient, its tone not necessarily matching the rest of the film, yet I and some others excuse it because the rest of the movie is so expertly executed, you give the conclusion a pass. I can say with great assurance that Dominique Braun and Terrence Martin's Get Away if You Can will not meet the same fate.

Written and directed by the couple, they also star as TJ and Domi, a troubled couple who have set out on an aimless voyage at sea in an effort to save their marriage. Folding in flashbacks, we learn just how their relationship reached the rocky place it's at, he a boorish American oblivious to the needs of his more sophisticated European wife. TJ's dad (Ed Harris, who must have lost a bet or something) wants his son to take over his business but sees Domi as a distraction and encourages him to get rid of her. Whether he means through divorce or something else is left ambiguous.

To be sure, the movie is gorgeously shot, the filmmakers capturing the islands where they filmed in all their glory. You're convinced TJ and Domi have stumbled upon their own private paradise and understand why they are reluctant to leave. But then, something so ludicrous occurs that a sense of disbelief sets in, the final 10 minutes devolving into something so personal and tone-deaf the only plausible reaction is "ick." Available through Video-on-Demand.

Low-Key Delia a quiet mystery
Robert Budreau's Delia's Gone has a low-key earnestness to it that holds it in good stead, led by Stephan James, who gives a solid performance in a difficult role. He's Louis, a developmentally challenged individual who depends on his sister, Delia (Genelle Williams), long after he should have achieved some sort of independence. When she's found dead in their home, Louis is promptly arrested, tried and convicted to a seven-year prison sentence. It all seems a bit too convenient, and its only after his release that he gets some answers when an old friend of Delia's, Stacker (Travis Fimmel), makes a startling confession.

Not all that familiar with how the world works, Louis sets out to find out who really killed his sister. It's a journey fraught with frustration on his part, as well as the viewer's, as Budreau's pacing isn't nearly as taut as it should be, what with the story slipping into murder-mystery territory. Adding to the intrigue is Fran (Marisa Tomei), the former sheriff who oversaw the investigation of Delia's death and from the start doesn't seem to be on the up-and-up, and Bo (Paul Walter Hauser), the current sheriff who gets to the bottom of it all.

Though there's an urgency to the story, there's a curious lack of it in the way Budreau tells it. As Louis inches closer to the truth, the story lurches rather than glides, robbing its satisfactory conclusion of the umph it needs. And while Tomei gives an uncharacteristically disengaged performance, James and the rest of the cast are engaging enough to see this through to the end. In theaters and Video-on-Demand.