There is such a thing as a free ride 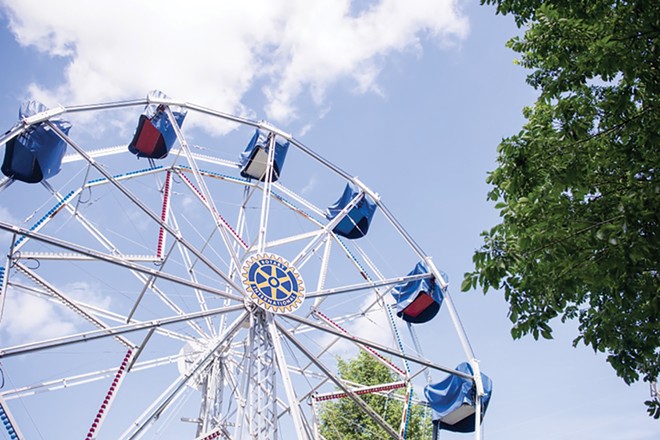 W.E. Sullivan, owner of a bridge construction company in Roodhouse, visited the 1893 Columbian Exposition in Chicago, where he marveled at the original Ferris wheel designed by George W. G. Ferris, who also owned a bridge company. Sullivan was determined to build a wheel of his own and debuted his first, Big Eli, in Jacksonville's Central Park on May 23, 1900. That wheel was a success and in 1906 Sullivan incorporated his Eli Bridge Company and took on capital investors in order to mass produce his wheels. In 1919, a new factory was built in Jacksonville where it has been doing business ever since. Later, the company produced its first non-wheel amusement ride, The Scrambler. Today, Eli Bridge amusement ride products can be found worldwide and are traditional attractions at parks, county fairs, festivals and carnivals. The original Big Eli wheel is displayed in front of the factory, but visitors can get a free ride on the operating version of Big Eli in Jacksonville's Community Park every Sunday through the summer and early autumn, weather permitting. elibridge.com.