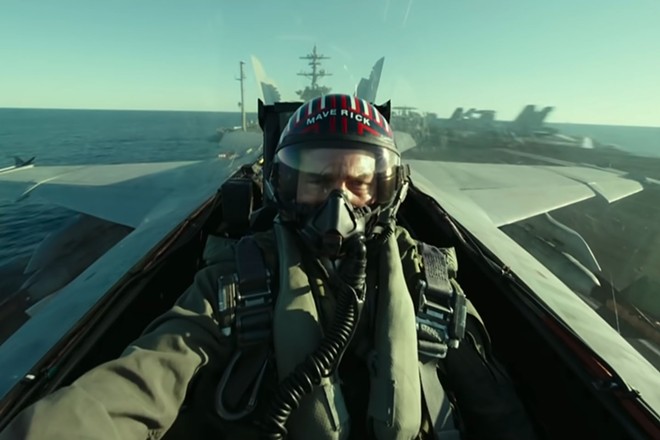 The most anticipated movie since Avengers: Endgame, Joseph Kosinski's Top Gun: Maverick comes with expectations its makers are eager to shoulder. With Tom Cruise calling the shots, it's no surprise that he insisted the sequel be seen on the big screen, enduring a two-year delay to make that a reality, hyping it as an opportunity to return to the theaters to see films as they should be seen.

Of course, the question is, "Is the movie any good?" Well, it's good enough; not a complete success as it fails to fully deliver the promised thrills and is so mired in the past it resembles a remake far more than it should. The flying sequences are good, yet pointing the camera at the pilots, rather than outside, negates the notion that viewers will experience what the flyers do. However, the interactions between the characters and the sincerity with which they're realized trump the script's many shortcomings. Moments between Cruise and Jennifer Connelly as an old-flame work, as do scenes between our hero and "Rooster" (Miles Teller), the son of his dead comrade "Goose." There's enough action to satisfy Cruise's fans, but ironically, Top Gun: Maverick works best when it's grounded. In theaters.

Men less than it seems

Alex Garland has developed into the director with no clothes, writing and making horror films that appear to have something vital to say, but are really just high-gloss shell games. His latest, Men, puts misogyny at the forefront, focusing on one woman's attempted recovery from a manipulative relationship and her continued abuse by other men. Harper (Jessie Buckley) has rented a picturesque country villa in rural England for two weeks, seeking some solace and healing. Her marriage has ended traumatically, and in addition to trying to find some closure, she's hoping to come to terms with her role in its dissolution.

She's not going to find it here, as she is continually tormented, subtly and overtly, by every man she crosses paths with. Whether it be her temporary landlord, the local vicar, the bartender at the pub or a nasty teenage boy, they all either condescend, blatantly insult or openly threaten her. That all the men are played by Rory Kinnear is a nice touch, though what it means, I'm not sure. The body horror conclusion is equally inexplicable, but I think the meaning to it all is that men are all the same – insensitive, cruel and violent, a rather simplistic, immature statement for a complex problem. In theaters. 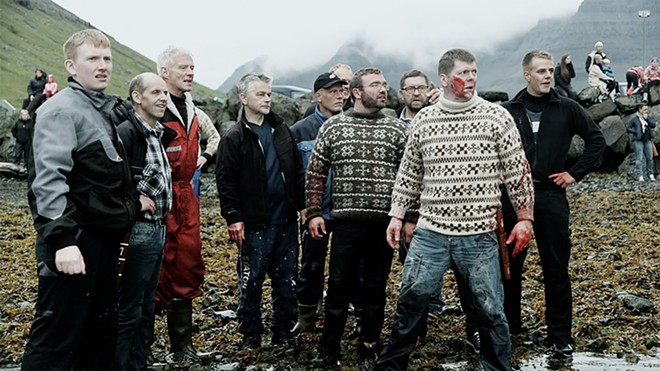 Vincent Kelner's A Taste of Whale walks a fine line as it documents a local tradition with global implications. The citizens of Denmark's Faroe Islands participate in an annual rite known as the Grind in which pilot whales are herded into the harbor and harvested...or slaughtered, depending on your point of view. The Faroese regard this practice as just another part of their lives, something akin to Fourth of July fireworks for us or Bastille Day celebrations for the French. It's a custom they follow without giving it a second thought, one that benefits them all as the meat harvested is shared with all the citizens, lasting each family up to six months.

However, ecological activists look at this as state-sanctioned animal cruelty. Invading the town with a fleet of fast boats, they set out to disrupt the Grind and call attention to what they see as a barbaric practice. Keiner does a fine job presenting both sides of this issue and you get a sense of where he stands...that is, until the end, when we witness the Grind. It's a smart approach, and if you've ever thought of becoming a vegetarian, this film will decidedly push you towards it. Available via Video-on-Demand.