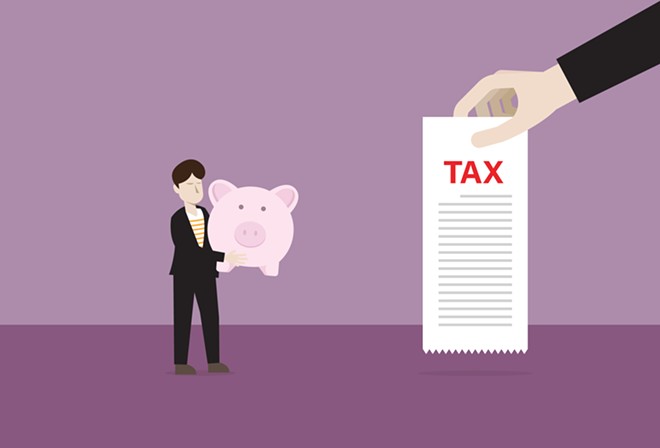 Death and taxes remain certainties, and in Illinois, the latter has become more certain than ever.

This tax season marks the second year that the Land of Lincoln has targeted the gig economy by requiring companies that process digital payments – think PayPal or Venmo – to report payments at thresholds below what the Internal Revenue Service specifies. Under federal law, electronic payment processors don't have to report money changing hands until someone receives at least $20,000 in at least 200 transactions. Starting in 2020, Illinois lowered the threshold to $1,000 with at least four transactions. In recent years, a dozen other states, concerned about taxes going unpaid, also have instituted stricter requirements than the federal government, which will lower the threshold to $600 for next tax season on 2022 money transfers.

"This is a big thing," says Tom O'Saben, a tax preparer who is assistant director for professional tax education and outreach at the University of Illinois Tax School in Urbana. "Now, people are going to receive 1099-Ks just because they might have a yard sale and they decided to accept payment from PayPal or Venmo or some other third-party electronic payment processor."

Maura Kownacki, spokeswoman for the Illinois Department of Revenue, couldn't say by how much, if any, tax collections have increased since the state standard changed last year, but the department has been using reports from payment processors to identify potential problems. "As a result of getting the 1099-K information, IDOR has been able to identify numerous taxpayers underreporting their sales and tax," she wrote in an email. "Their filing inaccuracies are being corrected and the forms will continue to work to generate significant audit dollars as well as increase compliance."

Amy Jasmon, a Springfield tax preparer, says that she has clients who didn't know the extent of electronic trails until they received 1099-Ks. "Most come to me and say, 'I've got this weird thing, I don't know what it is,'" she says. "The main people who are getting stuck with it are people who are trying to clean out their houses and put things on Amazon or eBay. Those internet currencies are now being tracked and people are now having to pay taxes on it."

Taxes always have been due when digital profit is made, but until last year in Illinois, it was often an honor system for small-timers: Since, under federal rules, no reports are required from processors until $20,000 changes hands, it's been up to taxpayers who received less to divulge just how much on their tax returns. "Some taxpayers may not report the income if they do not believe the IRS has received an information return," observed the Treasury Inspector for Tax Administration in a 2019 report that found billions of dollars at stake. Ninety-three percent of taxpayers report income when receiving funds from sources that report directly to the IRS, according to the report; just 37% report income when no records are sent independently to the tax collector. Nearly 8% of Americans in 2016 reported being paid digitally for work, according to the treasury inspector, with nearly 18% selling goods online that same year.

With new federal rules scheduled to take effect, the threshold for filing a 1099-K will drop from $1,000 to $600 next year in Illinois, where, until last year, the threshold was $20,000, same as with the IRS. The bite can depend on the situation.

Gig workers in Illinois who once flew, or drove, below the tax collector's radar also are getting 1099-Ks for services rendered, Jasmon said, but things are simpler for Lyft and Uber drivers because their driving accounts automatically keep track of mileage and other costs that can be deducted from payments so that it's relatively easy to pay taxes only on profit, as opposed to gross amounts. It can get stickier for someone who sells stuff they've owned for years.

The best way, tax experts advise, is to keep receipts so that you can prove you didn't make money from a $100 widget that you sold for $50. What about the $20 tennis racket you bought in high school and sold for $10? Absent the original receipt, Jasmon says that you could be on the hook for taxes on $10, assuming you sold enough other stuff to trigger a 1099-K. O'Saben says there is wiggle room, but only so much. A price in a catalogue may be sufficient to convince tax collectors that you didn't make money by selling an exercise bike and so owe no taxes, he said. "If you don't have anything to support it, it will have to be income," O'Saben said. "I could zero out (income), but what I can't do is ignore it."

Those who sell things as a business as opposed to a closet-cleaning endeavor should keep records documenting all expenses, experts say. Another option, O'Saben says, is to treat merchandise as a collectible, which carries a maximum 28% levy on gains from sales of such things as sports memorabilia. Also, there are transactions involving no sales of goods or payment for work, such as money sent to kids at college via Venmo, with no taxes due despite 1099-Ks reporting money being paid to someone. Keep business transactions as far away as possible from personal payments, O'Saben advises. Payment processors are developing business platforms distinct for payments made for nontaxable reasons, he says, but the industry is prone to act conservatively.

"Most companies are afraid of being fined for violating reporting requirements," O'Saben said. "The intention is good: They're trying to capture the undercurrent of cash transactions. It's going to create a reporting nightmare, or complexity, at least in the short run. ... Congress will approach it, at some point, when there's enough alarm."

Bruce Rushton is a freelance writer. Contact him at BruceRushton@hotmail.com.