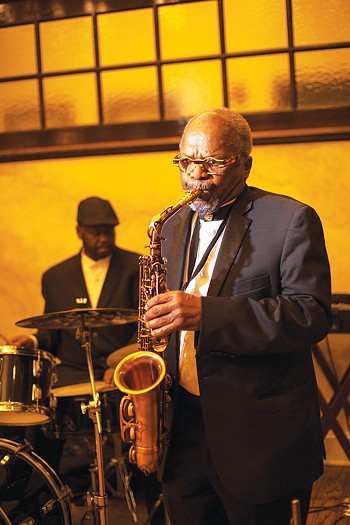 Delivered by Ms. Boykins, the local midwife, on Oct. 1, 1943, in Camden, Alabama, Virgil Julius Rhodes, Jr. made his entrance into the world as the first son of Virgil Sr. and Edna Bonner Rhodes.

Virgil Jr. would be the eldest of three, born to the couple who met at Alabama State Teachers College for the Colored, now Alabama State University. Eighteen months later, Virgil would be joined by a brother, Robert Anthony, in 1945, and then a baby sister, Olga Juanita-Etolia, in 1951.

As a child, Virgil Jr. loved sports and athletics with his father, a math and science teacher who also coached football. He recalls swimming in Eight Mile Creek and fondly remembers running with his friends behind the bug-spray truck that went up and down the roads in the summer spraying pesticide. "It was too hot for shirts or shoes," he recalls. "We'd run behind him just breathing and sucking up all that stuff. It's amazing I'm still alive and haven't died of some kind of disease a long time ago."

Graduating from The Most Pure Heart of Mary High School, which was the Catholic school for Blacks in Mobile, there was no question of whether he would attend college. The question was: Where? And he had his pick, including Xavier in New Orleans, and Atlanta's prestigious Morehouse. Virgil decided on Knoxville College in Knoxville, Tennessee, the historically Black liberal arts college founded by the United Presbyterian Church and conveniently located over seven hours away from Mobile – further away from home than any of the others.

Education was important in the Rhodes household. All the Rhodes children would carry on the legacy of being college graduates, as their parents and grandparents had been. Their maternal grandfather, Ernest D. Bonner, was a graduate of Tuskegee Institute and his diploma was signed by the school president, Booker T. Washington.

Pledging Kappa Alpha Psi fraternity in 1962, like his father before him, Virgil graduated from Knoxville College in 1966 with a degree in history and a minor in political science with an emphasis in education. He later entered law school at Texas Southern University, now Thurgood Marshall School of Law. Always the over-achiever, he completed his law degree requirements by December 1971, officially graduating in May 1972. 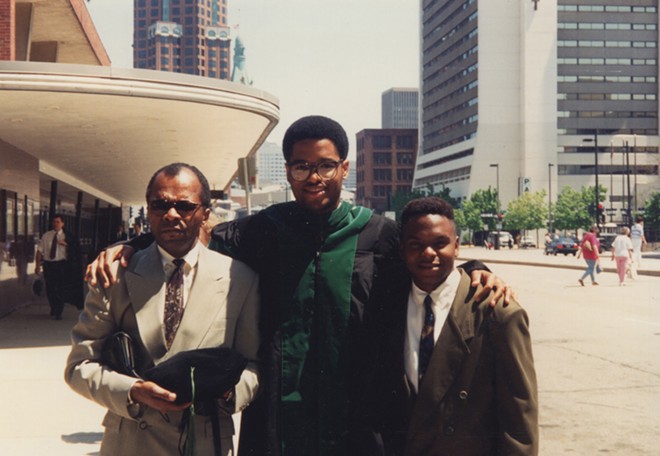 One day while in downtown Chicago, Virgil met a woman specializing in placement who got him an interview with Horace Mann insurance. After meeting with the president, he was offered the position as an attorney under general counsel and would spend the next year or so there. This brought him to Horace Mann headquarters in Springfield.

Meanwhile, at a social function, Virgil was approached with the opportunity to teach a night class at Lincoln Land Community College in Springfield. He said yes. Soon after, the business law professor departed and Virgil was asked to assume the position.

After Virgil weighed the pros and cons of being a teacher of law versus a practitioner, teaching won out. After 35 years of teaching business law at LLCC, while also creating and teaching other classes at Sangamon State University, Virgil says it was the "best decision I ever made."

After academia, jazz was his next love. So while playing a Miles Davis record during a dinner date one evening, Professor Rhodes began showing off his scatting skills. His date asked, "What instrument do you play?" He played nothing. She told him he should play something, because he had a great ear. So, in hopes of getting close to her, he purchased a flute. Since her daughter played the flute, he knew he had her heart.

His friends thought he was nuts and laughed at him, which made him more determined to learn to play. After a year of self-lessons, as no one wanted to teach adults, he contacted an instructor at Illinois State University. "It takes courage when there's no real support," Virgil recalls, "but I drove up to Bloomington every Saturday for close to a year to study with Max. It was during this time I even did a couple of biathlons and triathlons just to prove I could."

Becoming bored with the sound of the flute around 1983, Virgil taught himself to play the soprano, alto, tenor and baritone saxophones as well. 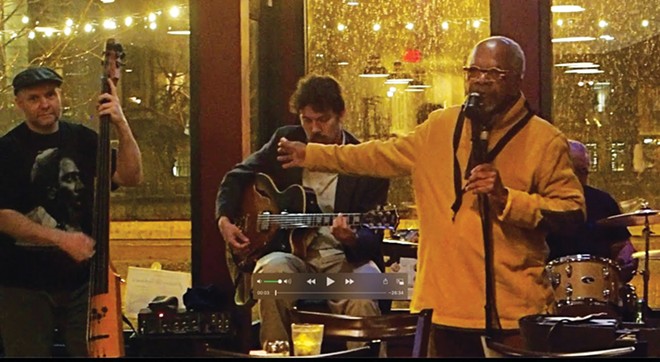 Virgil established his group with Steve Alexander, Kevin Ellis and Leonard Leavell. They played weekends at the Glo Tavern in downtown Springfield. The tavern became their home for about three years. "The name FOOTPRINTS was chosen because of Wayne Shorter's famous blues tune. Back then, we couldn't play worth a darn, but we looked good doing it." He laughs. Since its inception, approximately 25 musicians have come through FOOTPRINTS.

Virgil married Judith Lyn Allison, in a June wedding, after meeting at the grocery store when she asked him, "Are these the right kind of sweet potatoes to make a sweet potato pie?"

FOOTPRINTS was chosen to play at the Jazz Festival in Ashikaga, Japan, Springfield's sister city. "That by far has been the highlight of my music career." And over the next 10 years, FOOTPRINTS gained a local audience.

After 35 gratifying years, Professor Rhodes retired from LLCC and picked up a new life as a full-time musician and an avid golfer. 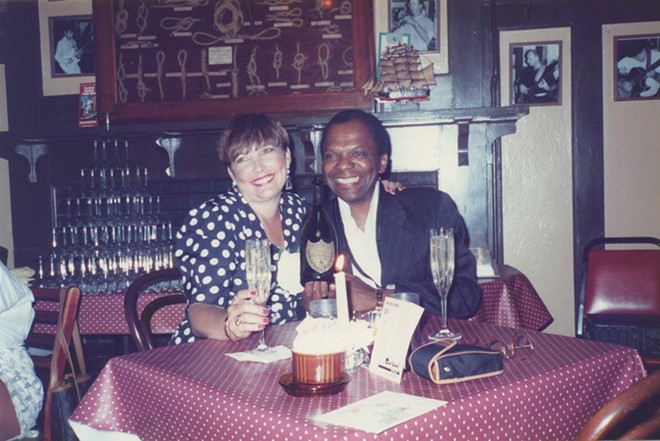 Virgil stays busy perfecting his craft, practicing and playing consistently at large and small events, restaurants, private parties and more. When COVID shut down the ability to play publicly for 18 months, Virgil continues honing his talent by practicing daily.

At 78, Virgil J. Rhodes is living his best life and is busier than ever. He is the proud father of two boys (Dr. George Rhodes and Ernest Rhodes) and grandfather of Wesley Rhodes, who is on a full-ride soccer scholarship at University of Indiana at Evansville.

Not only is the founder and leader of FOOTPRINTS back to playing gigs all over the place, he has taken on two new endeavors: Becoming quite the chef and teaching himself to speak Spanish. His next venture – recording an EP in the studio. 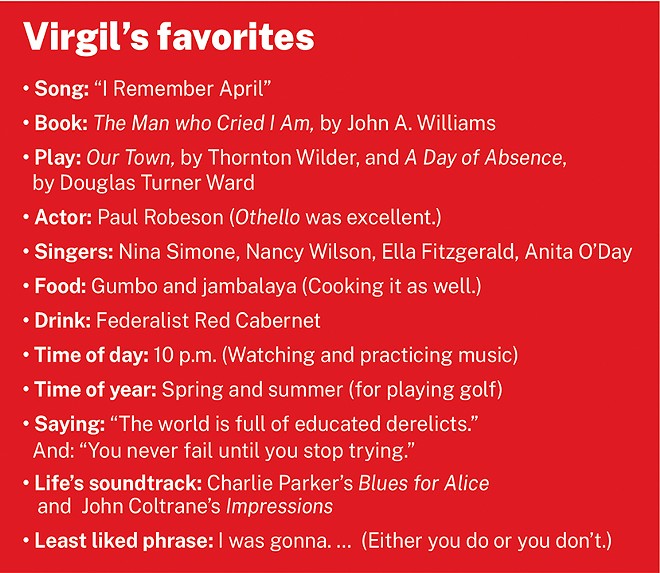 Dr. Pamela Woodson of Springfield is an entrepreneur, author, freelance writer and former professor at Lincoln Land Community College and Benedictine University at Springfield. She is the owner and lead consultant of Pamela Speaks Training & Consulting.