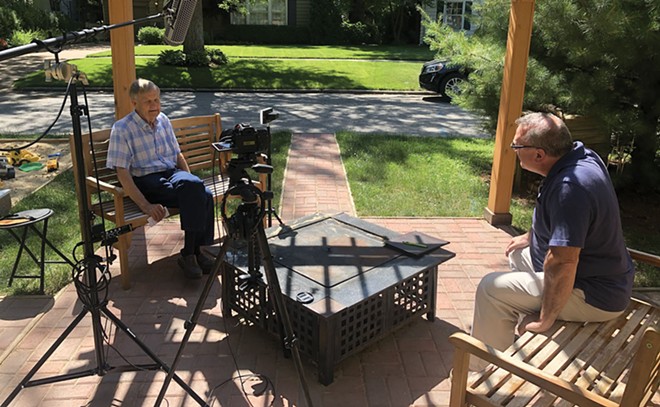 "People may say they don't have much of a story to tell, but when people start talking, when they are given permission to share, they start revealing that there is a great narrative over the course of one's life," said Dan Frachey, owner of Legacy Weavers Video.

Frachey began working on the concept for his new business after the closing of the Chiara Center at Riverton in February 2021. Frachey had served as program director for the retreat center, which never reopened after being closed for a year during the pandemic.

Soon after being laid off, Frachey began working on a business idea, inspired from his tenure as a supervisor at St. John's Breadline, another previous employer. He discovered one of the regular guests who had been absent was actually in rehabilitation. When he visited, she said she wanted to reconnect with her daughter.

"The one way we could do that was to make a video. I brought an old video camera, and we got her story. Years later, the daughter contacted us and said she hadn't seen that kind of clarity from her mother for years – it was a real gift." The business idea stuck in his mind, and when he was laid off, "it really sprang to the forefront, like someone pushing their way through the crowd."

Frachey honed his idea through CO.STARTERS, a business incubation course offered by Innovate Springfield, which Frachey describes as "a really excellent program" in which would-be entrepreneurs share their business ideas to see if they have merit. After completing the 10-week course, Frachey purchased the equipment he needed and began to offer his services through Legacy Weavers Video. 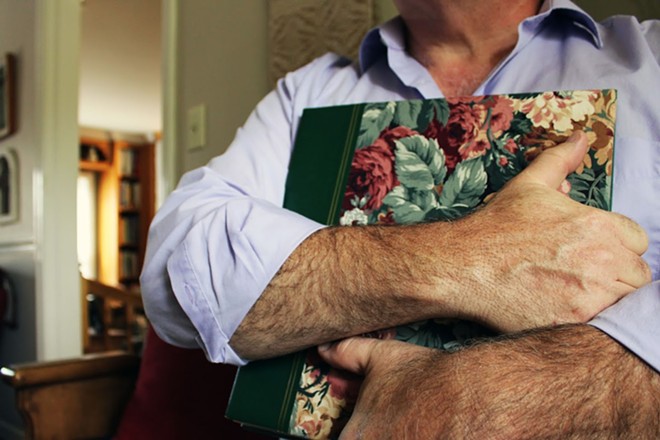 It is particularly important for families to embrace life stories.

"I see value in a regular person's story," said Frachey. The stories need not be of an extraordinary event, but simply the rich details of a life thoroughly lived. "How did people relate? How did they meet? What were their favorite foods? How did they spend time with their family? I love prompting people, and pretty soon they are revealing the golden nuggets that are there. It's the ordinary details that become the extraordinary weaving of the tapestry of their life."

Frachey notes that not only the good times need to be recorded, but even the darker times are worth remembering, too. "The harder times people have had to get through – the death of a loved one, or being in financial straits – it reminds us that we don't get around these dark times, we have to go through them. It makes for a very good story."

Producing a legacy video begins with a conversation on how to approach making it. Sometimes the client may have a firm idea of what stories they want to share, and other times they may need assistance in figuring it out, especially if the video is a gift from children or grandchildren. Frachey states the focus is usually on some combination of chronology in discussing key moments – marriage, kids, military service – interspersed with family pictures, sometimes video clips and original music. "There are lots of possibilities," said Frachey. "It's an open canvas. I don't tell anyone what to say; I just guide them." In addition to family stories, some clients offer words of advice or encouragement for their loved ones, while others may expound on values they hold dear, or leave some kind of legacy statement.

"The beauty of the video is that the people watching are going to see their loved one with their mannerisms, the way they tell their story, their facial features and gestures, their laugh – that's a powerful thing," notes Frachey. "The grandkids are going to learn some details about what life was like at a certain historical period and how grandparents dealt with these changes. They'll come away with a stronger sense of identity, with pride. This is an important part of being in this family, the same values and determination."

Frachey feels that not only are his clients' lives enriched by this experience, but his own life is as well. "I don't like to say I'm 'taking' a video. I use the word 'receiving,' followed by 'cherishing' – to receive a story and offer it to others. It's a way to celebrate even the terrible things, and the good things that come out of that. It's just astounding the blessed ordinary moments of life, and together they make a nice story."

Carey Smith loves stories, and prizes the ones she recorded from her grandfather, also a storyteller.