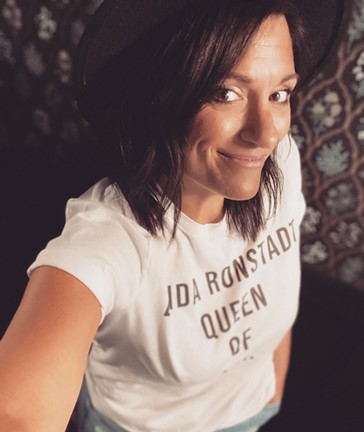 Within the strange, pandemic world of 2020, theater shows were not able to be safely presented and venues struggled to come up with ways to produce performances for audiences. At the Hoogland Center for the Arts, videotaped performances were made available online and Songs for a New World by Jason Robert Brown aired in October 2020.

With only four actors in the show, and little interaction necessary or desired, the piece seemed to be just right for such a taped online performance. Mary Kate Smith did such an extraordinary job in portraying her character that readers decided she was the best female online performance this year. The seasoned and well-respected actor was joined by Damien Kaplan, Justin Branker-Carter and Jasmine French, with Craig Williams II directing, along with Cory Brown leading the orchestra and playing piano to make this extra-special play shine as incredibly as it did even without the normalcy of a live, intimate setting.

Smith is no stranger to the local theater scene, known for her spectacular lead spot in Bright Star at the Legacy Theatre back in 2019 as well as many other popular performances, including doing her winning role in Songs for a New World years ago for another local theater production.

Perhaps the way the songs seemed to fit into the pandemic world as we knew it in October 2020 and redefined the many uncertainties we faced at that peculiar time helped to define Smith's part and allow her talents to soar for this version that seemed on topic. As some say, extraordinary times call for extraordinary measures, and she stepped up to the stage and delivered an extraordinary performance even without a live audience to inspire the production, and for that we say, bravo and well done.