An emotionally powerful masterpiece and more 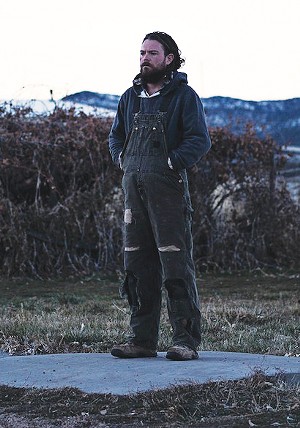 Clayne Crawford in The Killing of Two Lovers.

There's a quiet beauty, as well as a palpable undercurrent of dread, running through director Robert Machoian's The Killing of Two Lovers, a major, welcomed surprise that is as emotionally powerful as its budget is small. The director's stripped-down approach – real locations, sincere improvisation – results in a poignant, haunting piece of cinema verité as we witness one man's desperate attempt to save the family that's being torn away from him.

David (Clayne Crawford) is a good man. He works hard, though there seems very little opportunity in the small Utah town he lives in, and is a devoted husband and a dedicated father.  However, his wife, Nikki (Sepidah Moafi), is having second thoughts and has asked for a trial separation, something David reluctantly agrees to.  That she puts forth the notion that they should be able to see other people during this time doesn't bode well.

There's a slice-of-life quality to the film that's arresting and immersive, a bracing palette cleanser for all the over-produced, bombastic Hollywood product to which we're subjected. Long takes that allow conversations to develop organically, quiet moments in which we get a feel for the barren environment and the unaffected performances provide a sense of realism to the film and the emotions within, permitting us to connect with these characters in ways most movies do not.

A stand-out that deserves to be noticed, Lovers is the sort of film that stays with you because it adheres to its aesthetic convictions but also due to its lack of artifice. Machoian's only intention is to move us, and he does so with grace and skill. Available through Video-on-Demand.

Based on the novel by A.J. Finn, The Woman in the Window is less a movie than a parlor game, and a poorly executed one at that. Anna (Amy Adams) is suffering from agoraphobia, passing the time by watching movies, taking her meds with wine chasers and spying on her new neighbors. She observes that husband and wife, Alistair and Jane (Gary Oldman and Julianne Moore), fight a bit too often while their teenage son, Ethan (Fred Hechinger), is caught in the middle. Things take a major turn when Anna sees Jane stabbed to death. Or did she?

It's apparent that what Anna sees is not to be trusted, so the viewer is back on their heels throughout.  And while I don't mind being manipulated in thrillers of this sort, I want it to be done honestly. That's not the case, as we get characters whose motivations are nonsensical and once the bad guy is revealed, it's likely to leave you incredulous. Truthfully, I'm not sure the ending makes any sense, but the fact that I could care less if it does or not tells you all you need to know about Woman. Streaming on Netflix.

Based on a true story, director Timur Bekmambetov does a masterful job building the tension in this modern-day thriller.  All we see is the computer screen of journalist Amy Whittaker (Valene Kane) throughout as she creates an alternate identity on-line in an effort to research how women are seduced into becoming brides to fighters of the ISIS movement.

Despite being restricted to seeing only Amy's computer screen, a great deal is conveyed and the film moves at a surprisingly brisk pace as she finds herself being seduced by the charismatic soldier Bilel (Shazad Latif).  While a scene or two more would have helped convince me of her conversion, the sense of urgency in Kane's performance brings this across the finish line. In theaters.