A Sangamon County jury has awarded $750,000 to the family of Eric Jones, who was 16 in 2007 when he drowned in Lake Springfield while trying to save his brother.

Michael made it to the surface and survived. His brother did not. Attorneys for the family say that lifeguards employed by the city to oversee swimmers at the beach managed by City Water, Light and Power weren’t properly trained, had never practiced rescuing a drowning person and were playing volleyball and otherwise relaxing while tragedy unfolded. The nearest lifeguard on duty was focused on a diving platform beyond the point where Eric Jones went underwater, according to testimony in a 2015 trial that ended with an award of slightly more than $1 million. Once alerted, lifeguards initially searched an area far from where Jones had disappeared.
click to enlarge 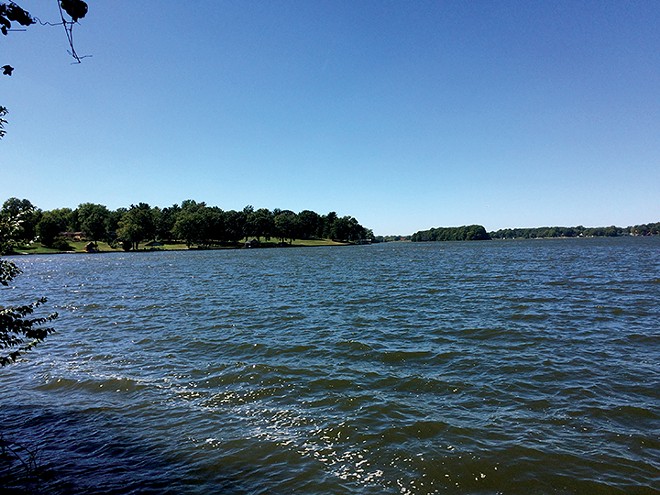 “They were all panicked – it was chaotic,” says Todd Bresney, attorney for Jones’ family. “They were acting like good Samaritans, but the city didn’t give them a plan.” Less than a month before Jones’ death, someone had complained about a lack of lifeguards – one lifeguard was watching 52 children while another watching deeper waters had his back to kids — prompting a memo from Doug England, a City Water, Light and Power supervisor, to beach managers. “I would hope this is not accurate,” England wrote. “I have pointed this out to managers in the past. Please make certain that this type of complaint does not occur again.” While state regulations set a standard of one lifeguard to 100 swimmers, England testified during the first trial that the city considered the state standard to be overly lax. Lifeguards testified that they hadn’t seen the memo or been made aware of any concerns raised by England.

The 2015 verdict was thrown out and the case re-tried after Sangamon County Circuit Court Judge John Schmidt, since deceased, ruled six years ago that the plaintiff was entitled to $525,000, half the amount the plaintiff figured on. The 2015 jury rendered two verdicts, both in favor of the plaintiff and both with $525,000 in damages attached. The city was negligent in supervising swimmers, the 2015 jury decided on one count, and was also deficient in rescue operations alleged in a second count. Jurors submitted affidavits declaring that the jury had intended to award slightly more than $1 million, the sum of verdicts in the two counts.

Schmidt, however, ruled that there was just one injury, Jones’ death, and so there could be just one award, not a two-count verdict, each containing damages. The city, contending that Jones’ family deserved nothing, appealed to the Fourth Circuit Appellate Court, which overruled Schmidt and remanded the case to the trial court on grounds that the trial judge had improperly allowed England’s memo to be entered as evidence.

“I would say an appeal is very likely,” Jim Zerkle, corporation counsel, said. He estimated the city’s legal fees at $100,000 but cautioned that he did not have a precise figure.

In setting damages, the jury on Monday deliberated six hours and determined that Jones was 50 percent responsible for his demise. The jury in the 2015 verdict found that Jones, by venturing into water above his head without knowing how to swim, was 30 percent responsible for his death. Bresney says that the swimming area was pocked by underwater drop-offs invisible to bathers.

“What people need to know is, this wasn’t a boy who didn’t know how to swim and drowned,” Bresney said. “It was a boy in chest-deep water who tried to save his brother.”

The swimming area hasn't been open since 2009.