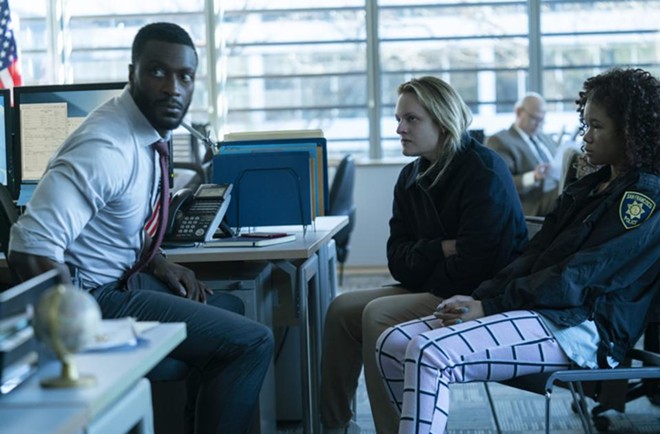 In 2017, in an effort to replicate the success of Marvel Films, Universal Studios attempted to create their own shared universe featuring their seminal monsters in a series of movies in which they would all interact. Money was spent ($125 million), the biggest movie star in the world was hired (Tom Cruise) and the property the studio had had the most success with in recent years was chosen as the feature to kick off what the company referred to as the Dark Universe. Savaged by critics (not this one), The Mummy was deemed a failure, turning a small profit with $409 million in worldwide receipts, and quickly brought to a close the studio's grand plans before they ever really began.


With the latest effort to rejuvenate their dormant properties, Universal is taking a decidedly different approach, erring on the side of caution with a modest budget ($7 million) and a property that hasn't been touched in 75 years. Having built his own house of horror with a series of low-budget, high grossing features (Paranormal Activity, Insidious, The Purge), Jason Blum has been put in charge of beginning the studio's monster resurrection and has tapped a young horror film director to help usher in "a new world of gods and monsters."


Unfortunately, Leigh Whannell's The Invisible Man is a curious failure, a narratively bloated film that shuffles between set pieces with an inexplicable lack of urgency. Plodding and flirting with tedium throughout, the movie fails to engage despite two impressive horror sequences and a rather clever explanation as to how the titular character does what he does.


Whannell takes a radically different approach than James Whale's 1933 classic in that rather than focusing on the titular madman, his primary victim takes center stage. Cecilia Cass (Elizabeth Moss) finds herself in a precarious position as she has fled the clutches of her abusive billionaire boyfriend, Adrian Griffin (Oliver Jackson-Cohen), yet continues to be haunted by him. Of course, no one believes her as her former partner committed suicide soon after she left and bequeathed her $5 million besides. Yet, Cecilia insists to her sister, Emily (Harriet Dyer), and an old friend, James (Aldis Hodge), that Griffin is still alive, tormenting her in ways only she can recognize, all the while driving a wedge between her and those close to her, until her paranoid behavior gets her committed to a mental institution.


The first hour is an elaborate set up that should have taken half the time. Whannell doesn't so much have the viewer on the edge of their seats due to any tension he's built, but rather because we're leaning forward in the hopes that something – anything – of interest will happen. The filmmaker's dialogue is as dull as iceberg lettuce, which doesn't help, and we're forced to wait far too long before the mysterious shenanigans begin.


However, credit must be given where it's due as once Griffin begins pushing Cecilia's buttons, it is impressive. A scene in which our heroine is assaulted by her unseen enemy is a superb bit of physical acting that Moss fully commits to. A similar moment in a hospital corridor and a gasp-inducing scene in a tony restaurant between Cecilia and her sister deliver genuine thrills and point towards how effective the film might have been had these moments hit the viewer more consistently.

As it is, due to the lax pacing, we're allowed far too much time to pick apart the script's many inconsistencies. In the end, I was left questioning just what Griffin wanted as the motivation Whannell provides makes little sense, while the movie's final scene left me frustrated and dissatisfied as the logic used to set it up simply doesn't hold water, the product of lazy writing.


With the release of The Invisible Man, talk has sprung up again concerning other proposed updates of the Universal Monsters properties, the most intriguing being a Bride of Frankenstein remake with Angelina Jolie in the title role and Javier Bardem as her monstrous mate. Here's hoping that if that feature ever makes it to the screen, it has a little more pep than Whannell's tepid effort.