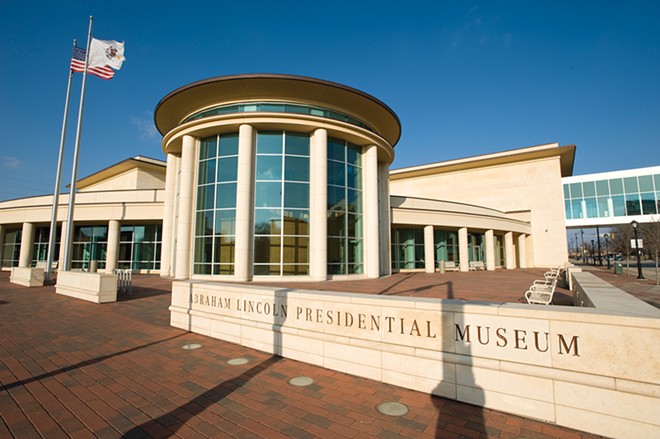 In 2007, the Abraham Lincoln Presidential Library Foundation borrowed $23 million to purchase more than 1,000 artifacts from former foundation board member Louise Taper. An appraiser hired to verify the value of the items predicted that a stovepipe hat, a fan and a clock that purportedly came from Lincoln’s law office would invite authenticity questions.

Bruce Rushton is muddying the waters more than clearing them ("Tick Tock: ALPM issues go beyond hat," Jan. 23). He may have a voicemail from me saying one thing, but I returned his call one night at my first chance to do so – he never again attempted to reach me – to answer what I could recall from two years ago concerning clocks in the Abraham Lincoln Presidential Library.


The law office clock was made, it was always known, by Chauncey Jerome Co. in Connecticut. My guess in 2011 that those all-American Lincoln boys might have peeled off imagery of Westminster Abbey on the clock's glass was speculation. As I also said, we learned some years after 2011 that such 1840s clocks – there is no doubt about the clock's date, and we soon learned that it was made in 1845 or '46 – have tended to lose their decal images through chemical failure, not naughty boys. I never thought or said – no one at the Library or the Foundation or Mrs. Taper herself – that the clock was made in England.


If anyone expects 36-year-ol d Lincoln and 26-year-old Herndon to have bought a unique or custom-made mantel clock from overseas, there are many good books to read about their small fees, tiring work and Spartan offices. That Herndon saved it, and so did his descendants and their spouses, is no surprise, either. Historical knowledge is cumulative, if we keep asking the correct questions. Chemical proof is rarely available as provenance for such items, but better knowledge of chemistry would have helped me. Instead, though, I study history.


By the way, I was not fired for insubordination. I resigned. And why would Mr. Rushton have to call me, two years later? Is no one at the ALPLM able to help him better than I can?


SUGAR NOT THE ONLY PROBLEM

In Karen Witter's article, "Sugar and the American diet" (Jan. 23), she notes that Gary Taubes "argues that sugars are fundamental causes of diabetes and obesity." That's likely only half right. In most cases, sugar needs an accomplice to make people fat and diabetic. And what might that be?


If I had known to limit my intake of polyunsaturated fats earlier in life, I could have saved myself considerable discomfort, inconvenience and expense. At age 73, I am damaged. But I am finally pain-free and eager to share what I know about the defects in the food supply.

Of course, preserve some treasures, but some of these old run-down buildings need to go ("Don't tear down downtown," Jan. 16). Parking is already an issue in portions of downtown, so I suspect this project is very complex. Existing parking facilities, especially underground, should be some of the first considerations. These are eyesores in need of upgraded lighting, security and general appearance. The garage at Fourth and Washington streets is another very bad example that should probably be condemned. Let's all work together and support this project for the viability of a city and state on the brink.