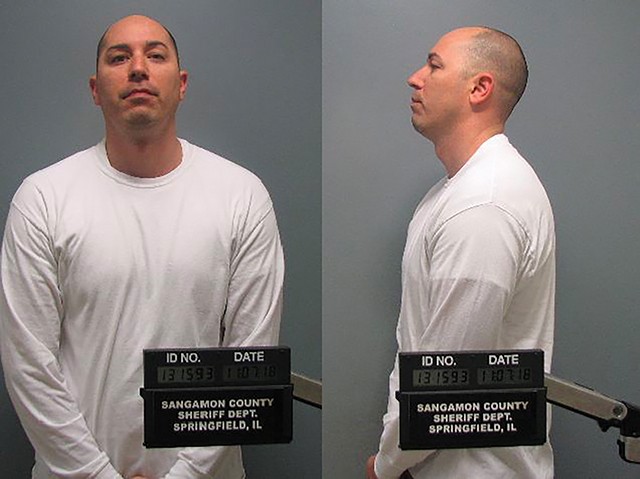 The best scandals are ones pulled in full public view. Back in the 1980s, it was Frederick George Celani scamming the entire city with promises to establish a package delivery service that would put Federal Express out of business. Kaypro, his spun-from-straw company, closed the day after it opened without a single package delivered, putting folks on the unemployment line and Celani in jail. Then there’s Jeff Parsons, who high-tailed it to Texas after wearing out his welcome in Springfield, where the mayor and Chamber of Commerce once declared him and his company an economic force despite tax liens and a history of selling illegal fireworks and pitching produce from a roadside tent that blew away in a windstorm.
Sadly, Springfield too often seems built for the most brazen of shysters, and Adam Lopez, erstwhile Springfield school board member, is the latest case in point. Everyone, including the media, should have caught on to Lopez much sooner than we did. Come on: He puts his name on a high school basketball tournament while he’s on the school board? Instead of asking questions, we said “Terrific for the kids!” Turns out, the tournament books were so screwed up that auditors couldn’t figure out whether money was missing.

Prosecutors say seven figures is missing from investment accounts once overseen by Lopez, a former financial adviser who now sits in jail charged with stealing from clients, including relatives and the elderly. The best part, really, are charges filed after Lopez landed in the hoosegow alleging that he scammed a fellow inmate: Give me some money and I’ll invest it so that you’ll have enough to make bond. Folks said the inmate was foolish and naïve. Perhaps we all should look in the mirror.