Opting out of opioids 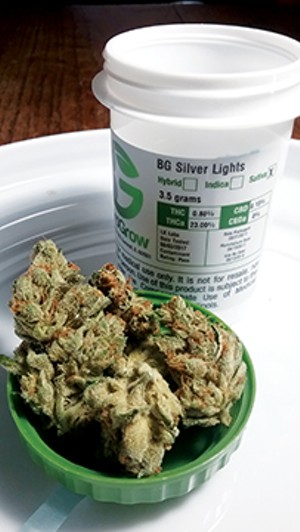 A bill being considered in the Illinois House that has received bipartisan support would make the Opioid Alternative Pilot Program a permanent option for Illinois patients. The program launched Jan. 31 and is set to expire next year.

The Opioid Alternative Pilot Program, which allows patients who are prescribed an opioid to seek medical cannabis as an alternative, was a bill state Sen. Don Harmon, D-Oak Park, sponsored during the last legislative session.

The enrollment data is aligned with what he had hoped to see with the pilot program, Harmon said, which confirms that patients want alternatives when managing their care. “I think what we’re seeing is just what we hoped we would see: a significant number of patients, but not an overwhelming number,” Harmon said.

The pilot program removed some patient access barriers to medical cannabis by eliminating the need to first submit to background screening and fingerprinting. While Illinois legalized medical cannabis in 2014, it is considered one of the most restrictive programs in the nation.

Harmon sponsored the pilot program after hearing testimony from people who had been prescribed medical cannabis and were able to significantly reduce or completely stop their use of opioid-based medications.
“Patients talked about the fogginess, lethargy and the inability to be active members of their family,” Harmon said. “They explained that when they moved to medical cannabis, they got their lives back. They were able to manage their medical condition without all the side effects.”

The successful use of medical cannabis, coupled with the short time it takes to grow an opioid dependency, suggested to Harmon that there was an opportunity to address the growing number of deaths associated with opioids.
Joan Stevens Thome, director of health education for the Sangamon County Department of Public Health, is tasked with educating county residents about addiction and how to save a life in the event of an overdose.
She said it typically takes less than a week for a person to begin craving opioids once he or she has been taking them on a regular basis.

“Anybody can suffer a trauma, a car accident, a football injury, or falling down and breaking a hip, and then you go to get the pain relief,” Stevens Thome said. “Sometimes we want to vilify the doctor, but the doctor was told this was a safe drug.”

In 2016, there were more than 1,200 prescription overdose deaths in Illinois, according to the Illinois Department of Public Health. That same year, there were over 4,100 uses of Naloxone, a drug used to resuscitate someone once they begin displaying overdose symptoms.

Since then, there has been an effort to expand the reach of overdose resuscitation drugs.

Gail O’Neill, director of Sangamon County Department of Public Health, said she has two nurses who have been educating people in Sangamon County on the proper use and storage of overdose resuscitation drugs. The medication isn’t cheap, about $75 per dose, and can be ineffective in reversing an overdose if stored improperly.

“We got a sizeable grant two years ago and another one this year, to start working on the opioid issue in this county,” O’Neill said. “The majority of the money has gone into buying the Narcan.”

Stevens Thome said as she works with various groups around the county, she’s come to realize that addiction touches most people’s lives in one way or another, whether through an associate, a friend or a relative who is battling addiction. However, she explained talking about addiction is still somewhat of a taboo subject that makes it difficult for people to honestly discuss what they’re going through.

“What I’m seeing, and glad to see while doing these educational programs, is people are getting a better perspective about drug-use culture and stigma,” Stevens Thome said.

"Some people believe that those suffering from addiction are the dregs of society, but the reality is that anyone can suffer from addiction."