It’s not the heat but the stupidity 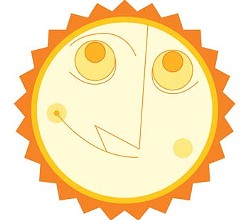 “Springfield,” wrote the St. Louis Republican 120 years ago, “offers a pleasant retreat during the hot summer months to those living in the cities of the South.” This is perhaps the single most astonishing assertion about Springfield that I have encountered in 40 years of reading about the city. “Sultry,” my Beardstown grandmother used to call central Illinois when the Gulf air descends upon it like a blanket. “Suffocating” and “stifling” are less poetic terms, but more accurate in describing area summers at their worst.

Do such heat waves presage a permanently hotter planet? Maybe, but central Illinois has had heat waves before this one. One blighted the 1950s, which is when I was growing up in Springfield. Surviving the days was easy enough. We lolled in cheap backyard pools like hogs in mud, indeed could have lolled in mud too if we’d wanted, since our constant splashing turned the lawn into mire. But water in the air did not soothe. Most kids approach adolescence fretting about acne; I was worried about breaking out with mildew.

Our family took the same approach to defeating the heat that the country then took toward defeating the Soviets — lavish spending on superior technology, in our case a whole-house fan from Sears. This sucker moved some air; if Barker-Lubin had mounted wings on our house instead of shutters, it would have become the first lumber yard to have its own air force. When we turned on that fan at the back of the house it created a draft through the house strong enough to pull the newspaper out of the hands of anyone reading it next to an open window.

We needed mechanical ventilation aids because our house — a brand new subdivision Cape Cod — was otherwise singularly ill-equipped to cool itself. It lacked all of the features typical of Illinois houses when the French ruled here. Their dwellings had been perfected through long experience in sweltering Louisiana and the Caribbean. Overhanging roof eaves created a galerie that sometimes ran completely around the building and shaded it. (The house built near Chester by Pierre Menard, a French Canadian who was an important territorial official, has a grand version of this porch.) Alas, there are limits to what even sensible building design can do to ease summer heat. Creating open interiors that allow natural cross-ventilation doesn’t do much good when the air is so heavy with moisture that one can move it only with a shovel.

The French tradition of building did not survive their occupancy in any event. The big problem faced by their frontier-era successors was keeping warm, not keeping cool. Illinois winters can kill one, after all, while its summers only make one wish one were dead. As people tend to do, these later emigrants — most from the upland South — built houses just like the ones they knew back home, however inappropriate their design might be in their new environment. The American log house in particular was a kind of summa of energy inefficiency. Walls often were left unchinked, and some houses even lacked doors. The occupants survived by resort to massive consumption of cheap energy, in the form of trees, which disappeared up chimneys by the thousands.

Judged by the standards of what is possible, our buildings have as many gaps in the walls as did those of our frontier ancestors. And our heat-beating technologies are scarcely less crude than the open fire as a means to warm a house. They still rely on massive consumption of cheap energy in the form of trees, albeit very old trees in the form of coal. The mechanical compression-type air-conditioning machinery that cools them is inefficient not only in parts — aerodynamically efficient fan blades, for example, might save as much as a third of the cost of running such systems, according to a recent Economist report. Whole new approaches to cooling such as thermal cooling and desiccant evaporative cooling can use waste heat produced by power plants, even heat collected via the surgical ventilation of heat-producing machines such as computers.

Among the machines that might be better adapted to central Illinois Augusts is the human body. Recent discoveries suggests that natural selection can act on human populations in as few as 3,000 years to produce genetic adaptations that help individuals cope with high heat or cold or low oxygen levels in the local environment. However, it took less than 300 years for social adaptation to produce a race of Illinoisans capable of surviving August by paying more than they need to in electricity bills for crude mechanical air-conditioning technologies. The phrase really ought to be, “It’s not the heat, it’s the stupidity.”