Daring to imagine the future 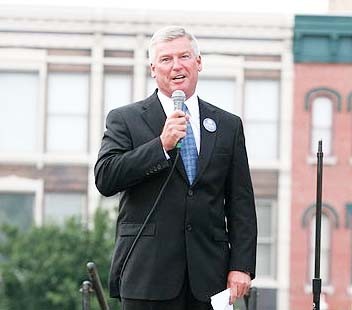 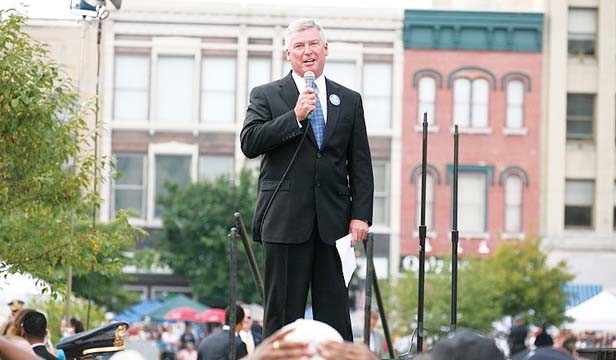 Mayor Tim Davlin early this month announced his appointments to the City of Springfield’s new Citizens Infrastructure Review Board, intended to obtain citizen input and guidance in prioritizing needed streets and sidewalks improvements. Priorities must be set when one has more needs than one has money, which is the case in the capital city. At about the time the mayor revealed his new panel members, his public works director was explaining that 86 miles of city streets had been judged in need of repair, of which there was money at hand to repair only five miles.

As with streets so with sewers and water pipes and schools. The cost of expanding the capital city’s existing infrastructure systems to keep up with population growth and replacing aging plant over the next decade or two would run into 10 figures. Nobody pretends that Springfield can afford to buy all of it, but priority-setting is not something that Illinois’ system of public decision-making is good at. How many rail bypasses might have been built to speed freight movement around Springfield for what the State of Illinois spent on building I-72 to Quincy, one of the least-traveled interstates in the country?

Complicating things is the fact that Springfield, like the rest of the state and nation, will need not only more infrastructure but new kinds of infrastructure over the next few decades. Ideally, the capital city will be served by a much more complex and interrelated transportation system that, in addition to more streets, will have to include higher-speed rail links, substantially reinvented public transit, and walkable, bikeable streets. To take just one recent example of many, bicycles are recognized as vehicles by Illinois law, but the state’s road planners don’t seem to have been at the meeting. IDOT this spring opened bids for the upgrade of lighting on a two-mile stretch of Dirksen Parkway between Bissell Road and Ridge Avenue, where more than two dozen pedestrians and bicyclists were struck by vehicles from 2003 to 2008.

Skint for money, Congress, state legislatures and city councils are hard-pressed to fix what is already on the ground, much less replace it. The inevitable result is, as the Urban Land Institute and accounting firm Ernst and Young put it in their 2008 report, “Infrastructure 2008,” “There is a tendency to invest in the infrastructure we have instead of the infrastructure we will need.” But who ought to define “need”?

Which brings us back to Mr. Davlin’s infrastructure panel. The mayor said its purpose is to “obtain citizen input and guidance,” but the mayor has filled it almost entirely with engineering professionals whose guidance, if not necessarily wiser than the citizenry, is at least better informed than that of those who struggle through life without a B.E. Of course, the mayor, like all local officials, already has access to professional advice via the Springfield-Sangamon County Regional Planning Commission; that body’s staff coordinates transportation planning efforts through the Springfield Area Transportation Study (SATS), on whose policy and technical committees the City of Springfield has seats. However, the voices heard from SATS are, in the main, those of the transportation agencies involved, whose interests in the process do not necessarily coincide with that of sitting mayors.

But if independent professional opinion is to be desired, why seek advice from such a narrow range of specialties? Every infrastructure system in the future Springfield will have to be smarter, cheaper to run, easier to maintain and more adaptable. The tests will no longer be, Is it popular? Is it affordable? Instead, the tests will be, Is it secure? What is its effect on carbon emissions? Are its costs – from dollars to dirty air – equitably distributed? Anticipating that need, we might ask of the mayor, Where are the energy experts on your panel? The green advocates? The architects and land designers? The demographers and economists?

Indeed, where are the citizens? Informed public input is not necessarily a contradiction in terms. The mayor might have eschewed a conventional advisory panel in favor of some version of what is known as deliberative democracy. The civil grand jury used in California, for example, is an example of a representative body of lay people who make recommendations to power on complex public issues after extensive education on the basics by experts on the relevant technologies, the costs and the trends.

One way to bring what will be needed into line with what can be afforded in a resource-straitened tomorrow is to match infrastructure policies to infrastructure systems. In the case of water supply, for example, price water to encourage conservation, insist that golf courses and other larger irrigators use treated wastewater instead of potable water, or limit sprawl to reduce miles of new supply pipe need to be laid. Such a panel, in short, might profitably take up a topic that elected officials seldom dare to examine – the future – instead of merely trying to catch up with the past.